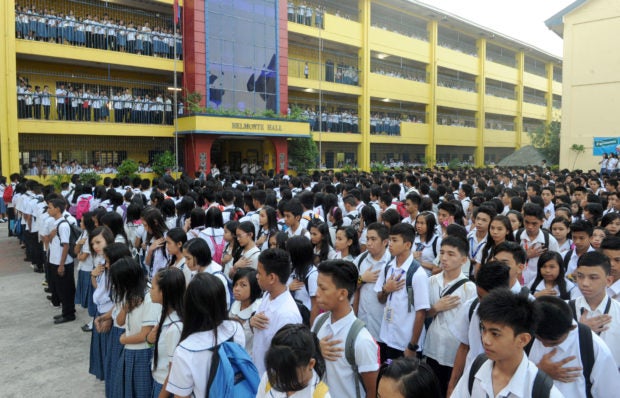 MANILA, Philippines — The opening of classes for school year 2020-2021 will be moved to October 5, 2020 as approved by President Rodrigo Duterte, the Department of Education (DepEd) announced Friday. 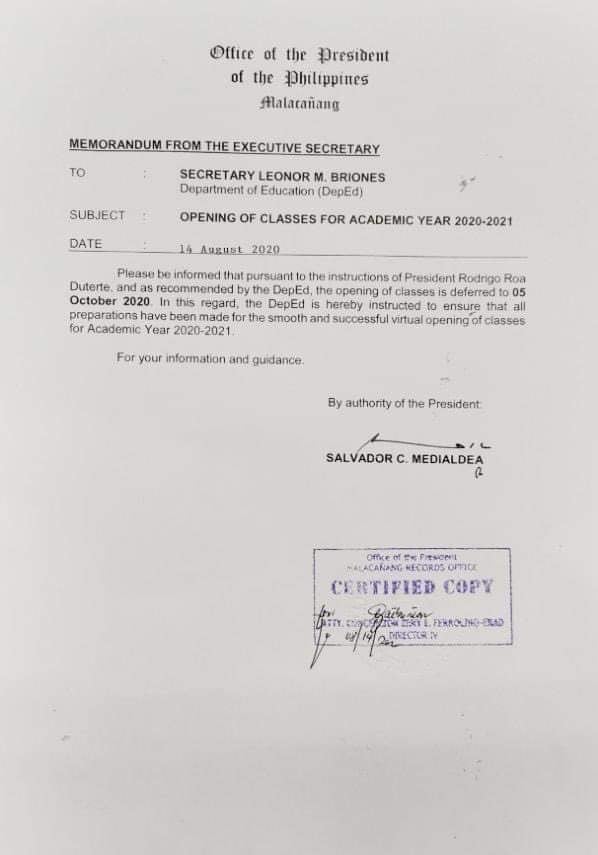 “As per the memorandum of the President, he has given approval to the recommendation of DepEd which I repeat, we submitted last August 8. Thus, we will now implement such a decision to defer school opening to October 5,” DepEd Secretary Leonor Briones said in an online briefing.

Briones said this was in consideration of Metro Manila, Rizal, Bulacan, Cavite and Laguna which are under modified enhanced community quarantine (MECQ) until August 18.

“We shall use the deferment to provide relief to the logistical limitations faced by the areas placed under MECQ and to fill in the remaining gaps of the school opening that we are currently addressing,” Briones said.

The opening of classes was initially scheduled on August 24, but several lawmakers and groups urged the DepEd to defer the start of classes in order to prepare more with the transition to blended learning.

The rescheduling of the school calendar was made possible by a law recently signed by the President allowing the movement of start of the school year beyond August in an event of a state of emergency or calamity. https://newsinfo.inquirer.net/1309221/duterte-signs-law-on-rescheduling-opening-of-classes-amid-calamities

“We trust that this is the final adjustment of the school opening. Even with the implementation of MECQ, we will use this time to make the necessary adjustments and ensure that all preparations have been made for the successful opening of classes for School Year 2020-2021,” Briones said.

Briones answered in affirmative when asked if the postponement of school opening applies to both public and private schools.

But private schools who have already started classes may still continue, provided that they follow the existing community quarantine guidelines.

“Ang aming internal policy niyan, kung nakaumpisa na sila at umuubra naman, they have to comply with the requirements of the MECQ or of the Department of Health,” Briones said.

Some 23.2 million learners from both public and private schools have already enrolled for the upcoming school year.