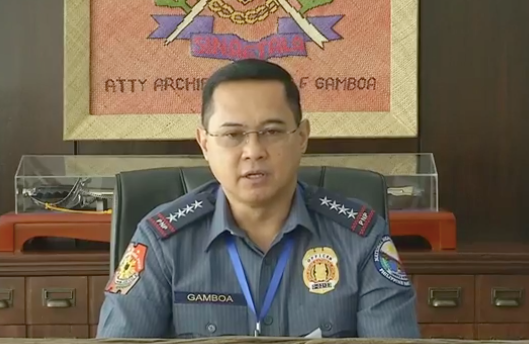 MANILA, Philippines — Philippine National Police chief Gen. Archie Gamboa has ordered the relief of 11 police personnel in San Jose Del Monte in Bulacan for their alleged involvement in the killing of six people during a buy-bust operation in February.

Gamboa also directed Central Luzon police director Brig. Gen. Rhodel Sermonia to place the policemen under restrictive custody as authorities investigate the killings.According to the NBI, the law enforcers arrested the six victims last Feb. 13 as they were passing the house where Dela Rosa’s subordinates had just apprehended five other people in an anti-drug operation.

The victims were brought to Dela Rosa’s office, where they were hogtied and blindfolded without being booked for any offense.

A few days later, the NBI said police brought the victims to a secluded area where they were shot dead but made it appear they fought back during the drug sting.