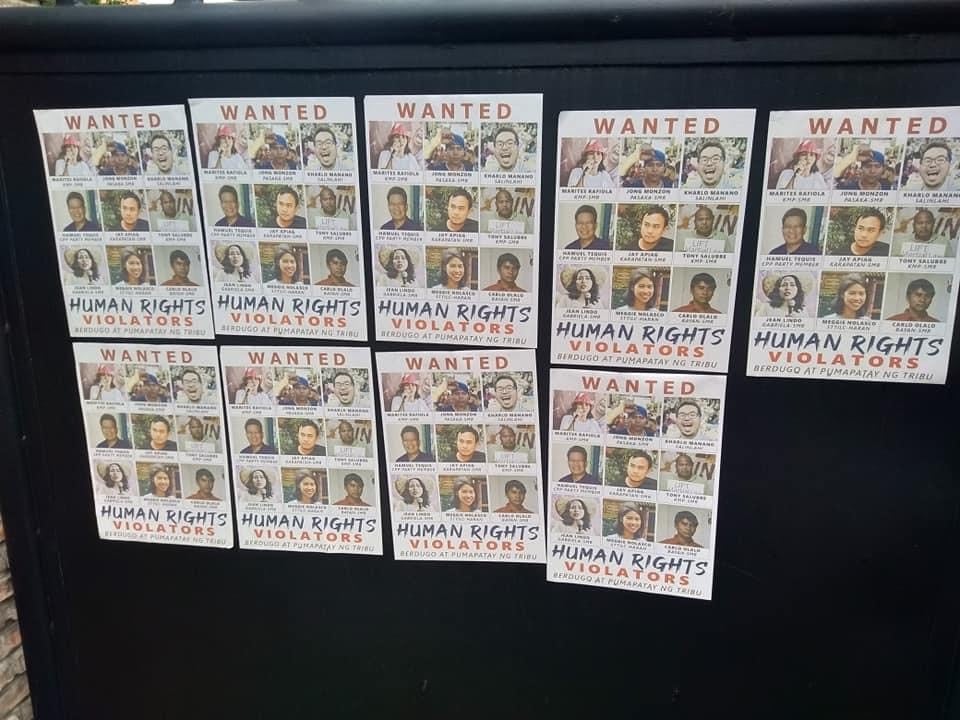 DAVAO CITY –– Another set of posters labeling Davao activists, peasants, and Lumad rights workers as “human rights violators” were posted on the side gate of Santa Ana Church here, in what activists fear could be a prelude to something more sinister.

“We are harassed but we do not cower,” said Dr. Jean Lindo, chair of Gabriela Southern Mindanao. She said she woke up to find messages from friends, alerting her about her photograph and those of eight others on the “wanted” poster seen at the side gate of Santa Ana Church.

The poster labeled the faces as “human rights violators,” and at the bottom part of it read, “Berdugo, pumapatay ng tribu.”

“It’s definitely a message, a prelude to something even worse,” Lindo, a practicing anesthesiologist at the Brokenshire Hospital here said, “We have been working with the marginalized and those who are excluded, we campaign to include them in decision-making and development but now we are the ones who are being labeled, vilified,” Lindo said. 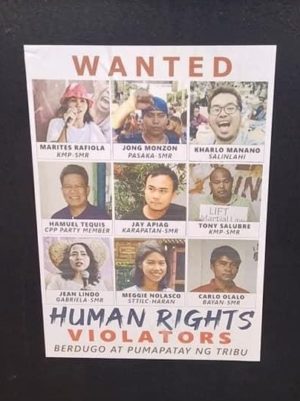 The poster was the second of its kind to come out barely a month after the controversial Anti-Terrorism Act has taken effect in the country.

Days after the contested law came out, another set of posters tagging several activists here were also posted in Barangay Maa.