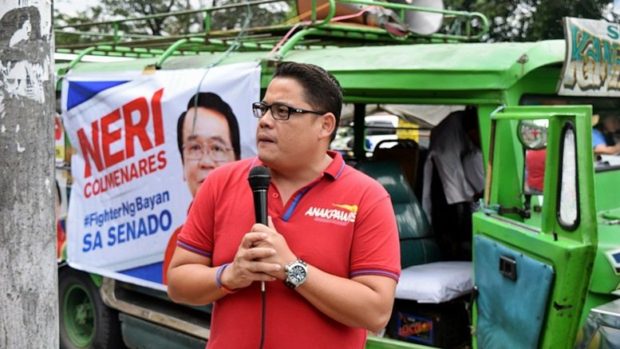 MANILA, Philippines — The group Anakpawis on Thursday said there was a sign of forced entry in the apartment of murdered peasant leader Randall “Ka Randy” Echanis inside the Novaliches apartment in Quezon City.

“Police claim that Echanis voluntarily opened his door or knew his killers, in a brazen attempt for a cover-up; but the crime scene says otherwise,” Ariel Casilao, former Anakpawis representative, said in a statement.

QCPD's cover-up is the reason why we will never trust them with the investigation. Their lies further the brutal death and injustice of Echanis. https://t.co/LN4Yj15YUB pic.twitter.com/1nffDUx321

This was contrary to the statement of Quezon City Police District’s (QCPD) chief of Criminal Investigation and Detection Unit (CIDU), who claimed that the perpetrators in the killing of Echanis and his neighbor, Louie Tagapia, were allowed to come inside the apartment.

(They came inside in the right way. From our initial probe, there were no broken doors. It means the victims allowed the suspect to come inside. There was no forced entry.)

But Anakpawis sent its team to check the crime scene and found a “broken doorknob and strike plate.” The progressive group said this indicates a “brute force entry.”

“Contrary to police claims, the perpetrators forced their entry into Echanis’ rented apartment. It was a clear murder and we highly believe state forces were behind it following their hostaging of his remains and twisted stories,” Casilao said.

Echanis and Tagapia were killed inside the Novaliches apartment last Monday. Police investigators said they are eyeing robbery or personal grudge as the motives behind the killing.

Police said Tagapia was previously imprisoned for drug charges. Tagapia also has a Sputnik Gang tattoo on his back.