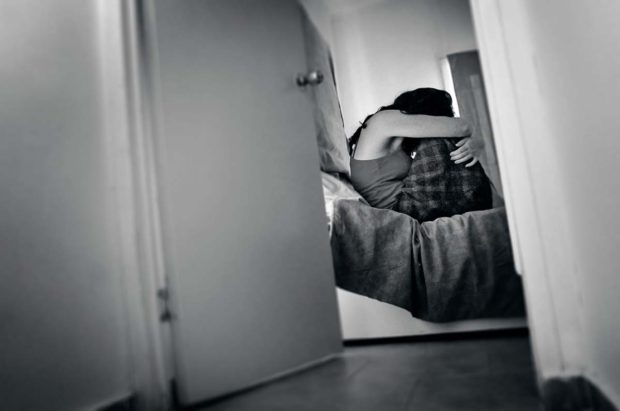 JAKARTA — A man in Way Kanan, Lampung province in Indonesia allegedly murdered his own baby after his wife refused to have sex with him, local police said.

According to the Way Kanan Police, the suspect, a 20-year-old identified only as KW, decided to take his own child’s life on Sunday night after his wife, ES, rejected his request to have sexual intercourse with him.

ES reportedly refused to have sex with her husband because she was still in the postpartum period, having given birth 40 days earlier. Islamic teaching prohibits women from having sexual relations during this period.

“Her rejection angered the suspect and he began to physically abuse the baby, who was being carried by his wife at the time,” Way Kanan Police chief Adj. Sr. Comr. Binsar Manurung said on Tuesday as quoted by kompas.com.

ES tried to protect her child by turning her back to her husband, but KW continued to strike the baby. ES tried to run away to get help but was held back by her husband. The baby eventually died after receiving multiple blows from KW.

“The baby’s body has been examined at Blambangan Umpu Hospital,” Binsar said.

ES had previously caught KW choking the baby after his wife scolded him for smoking near the child.

Read Next
No plans to open Thai skies yet —aviation authority
EDITORS' PICK
Water remains our saving grace right now
House to probe Facebook takedown of gov’t accounts
Despite toll, never too late to fight pandemic—WHO chief
Get 80% OFF Ignite 2020 Cyber Tickets starting 28 September
Smart poised to turn PH into ‘Smart 5G country’ with nationwide rollout
Feud is over: Velasco next Speaker on Oct. 14
MOST READ
Velasco to take over as Speaker on Oct. 14
2 PDP-Laban allies in House jump over to Lakas-CMD
LOOK: The Mountain from ‘Game of Thrones’ welcomes first son with wife
Gun attack in PMA: Air Force man killed, 2 others wounded
Don't miss out on the latest news and information.