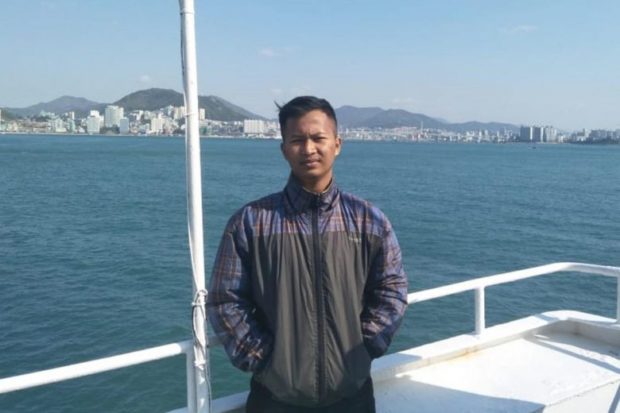 Mr Nur Adiwijaya was one of six crew hired through PT Alria Perdana Jaya who have not been since starting work on the Long Xing 629 in February 2019.PHOTO: COURTESY OF ADIWIJAYA

JAKARTA – Indonesian crew members repatriated in May after working on a Chinese fishing vessel are still without pay, 18 months after they first boarded the ill-fated Long Xing 629 in Busan, South Korea, for a two-year contract.

The contract was cut short in December as four crew members started falling ill and dying after complaining of severe swelling and breathing difficulties.

On Friday (Aug 9), lawyers for six of 14 surviving crew members repatriated from Busan said they rejected an offer from their recruiting agency Alfira Perdana Jaya to pay out a little more than half of their contract – US$4,300.

The other eight have been paid through their recruiting agencies, according to the crew’s lawyer, Mr Pahrur Dalimunthe, managing partner of Jakarta firm DNT Lawyers.

So far this year, 18 Indonesian crew members have died on foreign fishing vessels, according to an official with Indonesia’s foreign ministry.

But the Long Xing 629 stands out for its many deaths that occurred outside of a serious accident.

Four died out of a 21-man Indonesian crew. Three were dropped off on Samoa with plane tickets back to Jakarta and were not represented in the lawsuit.

Videos taken of the burial at sea in March were widely shared in Indonesia’s news outlets. Three of the men were buried at sea. Remains of the fourth crew member were repatriated to Indonesia from Busan, where he had died shortly after the crew had returned from sea in April.

Indonesia is pressing China to make witnesses from Dalian Ocean Fishing Company, which owns the fishing vessel, available for questioning. The company sells tuna and other deep-sea species to its domestic market and to Japan.

Indonesian police have charged six managers from the three agencies, including Alfira, which supplied crew to Dalian to work on the Long Xing 629 and other ships, with human trafficking. The offense carries a maximum sentence of 15 years in prison and fines of 600 million rupiah.

The difficulty in getting full payment – roughly US$7,000 each – from the recruiting agency underscores the vulnerabilities faced by workers aboard foreign vessels which can spend months at sea far from cellular service or consular protection.

With no recourse to lawyers and often desperate for cash, returning crew settle for partial payments, said Mr Pahrur.

“This happens again and again,” Mr Pahrur said. “This time they have legal representation.”

Crew members of the Long Xing 629 interviewed by The Straits Times said they were contracted for monthly amounts of up to US$400 – triple what they could hope to earn at home, though a fraction of the value of their catch of yellowfin tuna and allegedly shark. 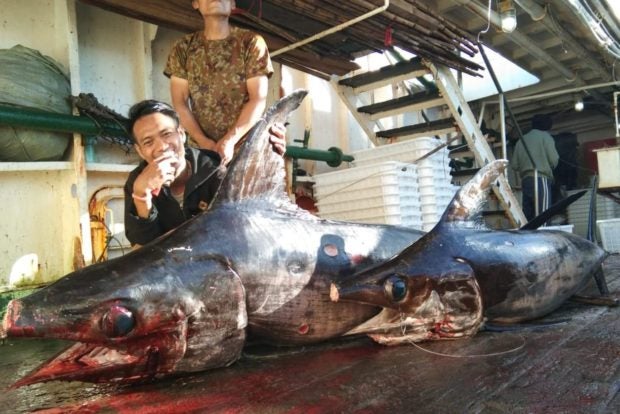 Crew members hired through Alfira contacted by The Straits Times said they had received no money or only tiny amounts while they were at sea. Mr Nur Adiwijaya, 20, employed by Alfira, said he received only US$120 from his recruiter.

The crew worked 18 hours a day, were fed expired food, had only salty water to drink and were at times physically attacked by the Chinese senior crew, the crew members said.

“If I disobey, the contract says I would be in violation,” Mr Rizky said. “I just obey and work and not think of running away. I was afraid I wouldn’t get paid.”

Mr Nur had hoped the money earned from two grueling years would give him a leg-up in life. He had planned to use his US$7,000 to enter a polytechnic in his home town in Makassar, South Sulawesi, to study how to operate a fishing boat and open a side business distributing clothing. He still hopes to go back to sea, but in Indonesia.

“The work situation was very bad,” Mr Nur said, recalling his time on the Long Xing.

“I want to go back to school and work on an Indonesian boat.”