UNFPA gets P13.1M grant from New Zealand for health, rights projects in BARMM 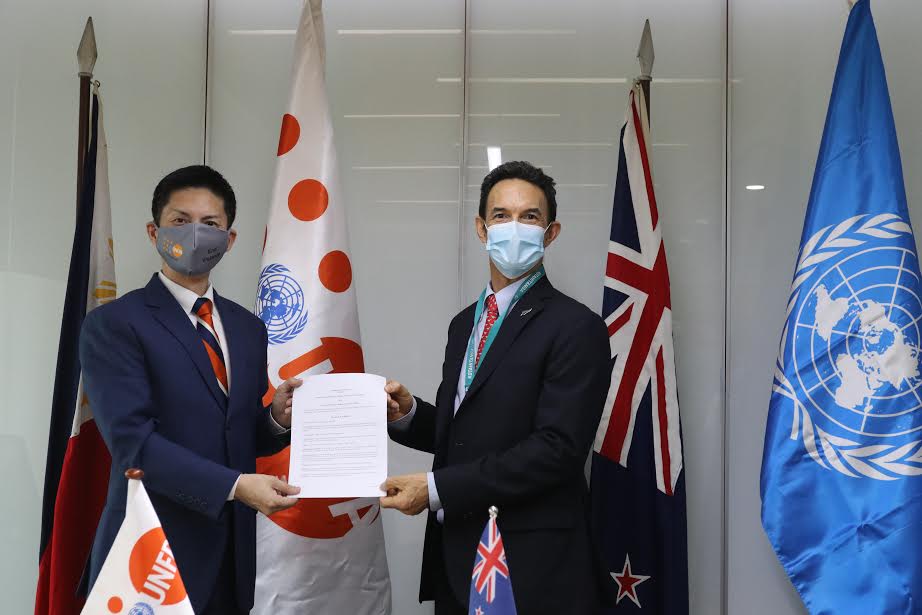 MANILA, Philippines — The United Nations Population Fund (UNFPA) has received a P13.1-million grant from New Zealand for its projects in the Bangsamoro Autonomous Regional in Muslim Mindanao (BARMM) that aim to protect and ensure the health and rights of women and young people for sustained peace.

In a statement on Thursday, the UNFPA said the grant would support BARMM’s efforts to further strengthen its capacity to integrate the Bangsamoro women in the peace-building process as well as prevent and respond to gender-based violence and child marriages in the region.

The UNFPA said its project aims to assist the reintegration of former female members of the Bangsamoro Islamic Women Auxiliary Brigade (BIWAB) by transforming them into community-level service providers as “social welfare aides.”

These trained social welfare aides will provide support to municipal social welfare officers on responding to gender-based violence and also advocate for the prevention of child marriages.

They will be assigned to all 36 municipalities of Maguindanao and Cotabato City, according to the UNFPA.

“Normalization is an integral part of the peace process in the Bangsamoro, and the participation of women and young girls in that process is critical to make it a success,” Atty. Raissa Jajurie, minister of BARMM’s Ministry of Social Services and Development (MSSD), was quoted in the statement as saying.

She expressed appreciation for the project, saying it would allow women, including the former members of BIWAB, to use their strength and leadership skills “to protect and empower other women, as well as support our institutional system strengthening, amid this difficult time of COVID-19 and other challenges.”

Kato, on the other hand, said the grant from New Zealand “is arriving at the very time when more allies are needed to empower and protect women and young people in BARMM.”

According to a joint study of the UNFPA and the University of the Philippines Population Institute, a 20-percent increase in the cases of gender-based violence is seen in 2020 compared to a pre-COVID-19 scenario last year.

The UNFPA said the effects of the pandemic, such as economic pressures and quarantine measures, are “disrupting efforts to curtail gender-based violence including child marriage, and as women and girls are more likely to be exposed to abusers for longer periods.”

The organization added that the indirect effects of the crisis are “further compounding pre-existing underlying vulnerabilities and challenges faced by women and young girls globally, and the Philippines is not an exception.”

“COVID-19 should not be a barrier to gender equality and inclusive growth in BARMM. Addressing sexual and gender-based violence within the wider context of the Women, Peace, and Security agenda is central to sustainable development,” Kato went on.

For his part, Kell expressed hopes that UNFPA’s project would “empower female ex-combatants as they contribute towards a sustained peace in BARMM.”

“When we promote women empowerment, we all stand to benefit,” he said.