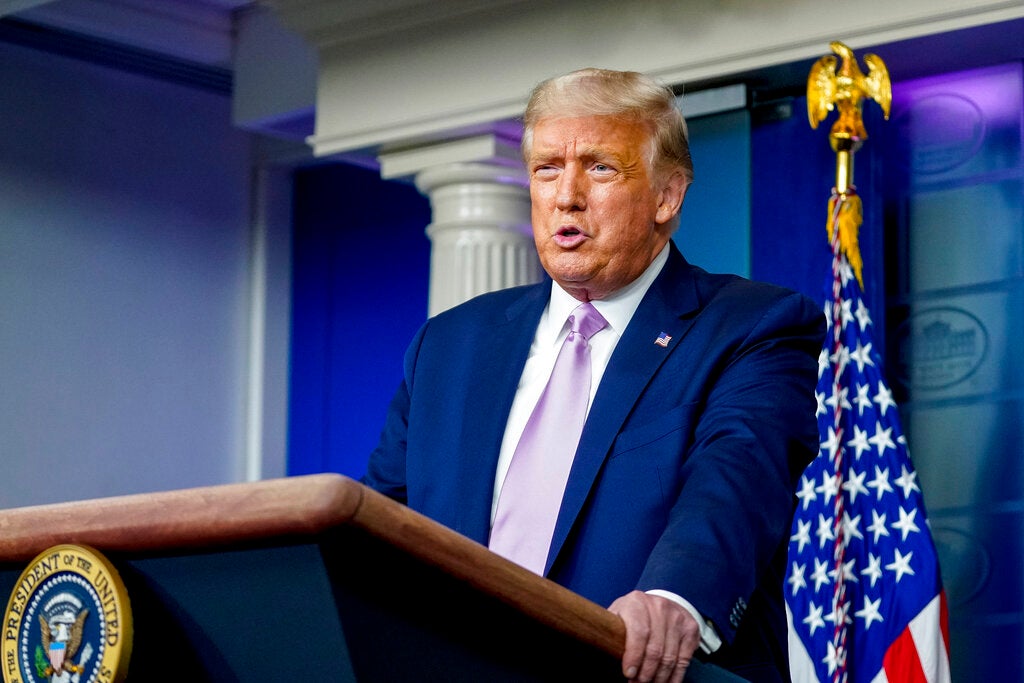 President Donald Trump said Tuesday that some men may feel “insulted” by his Democratic rival Joe Biden’s commitment to choose a woman as his vice-presidential candidate.

“He roped himself into a certain group of people,” Trump told Fox Sports Radio in an early morning phone-in interview.

Declaring that he wants a government as diverse as the country itself, Biden committed early in his campaign, in March, that he would name a woman on the ticket. He is expected to announce his choice this week.

Only two other women have been nominated vice presidential candidates — Sarah Palin by the Republican party in 2008 and Geraldine Ferraro by the Democrats in 1984 — and neither made it into the White House. No woman has won the presidency either.

“You can pick a George Washington to be a vice president. Let’s pick up Abraham Lincoln, coming back from the dead. They just don’t seem to vote for the vice president.”