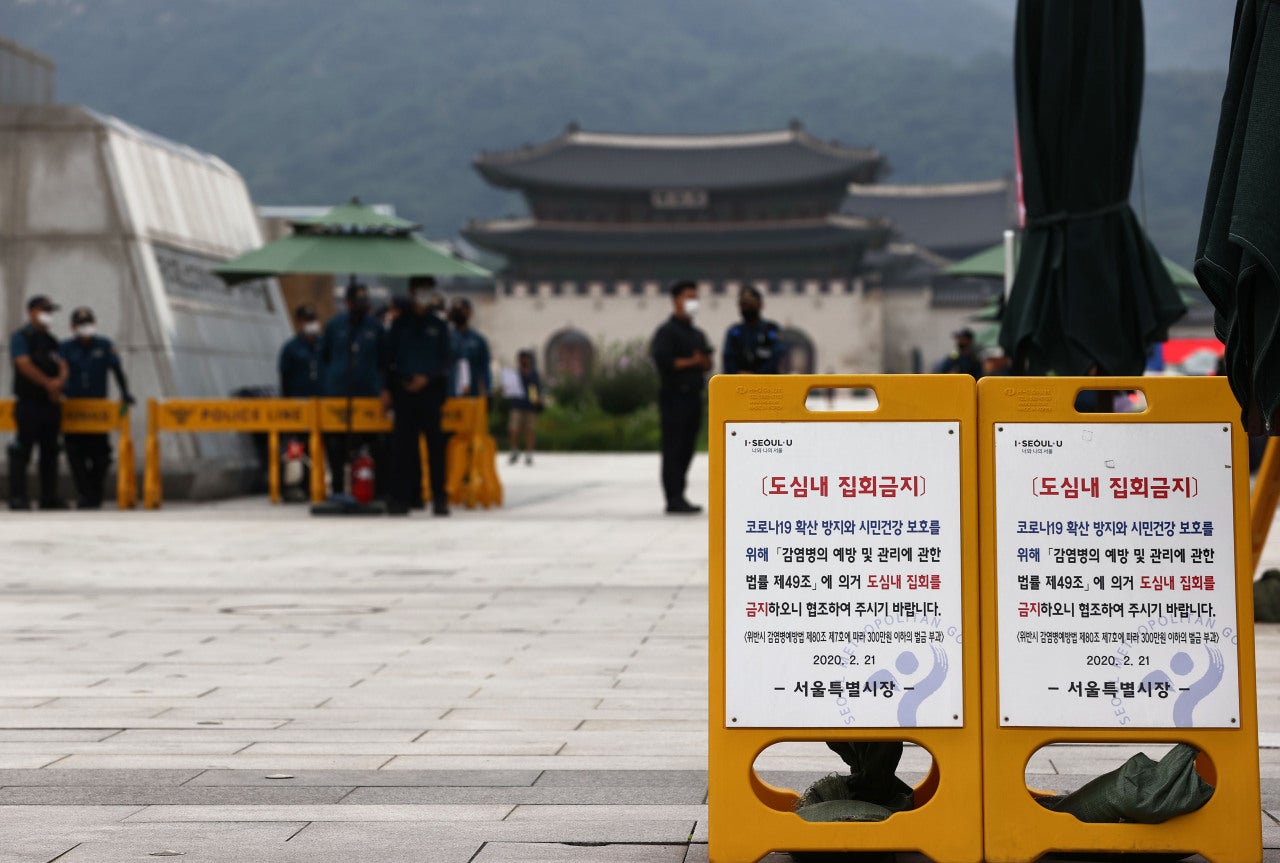 SEOUL — The Seoul Metropolitan Government said on Wednesday that it has requested 14 organizations to cancel their plans for mass rallies on Aug. 15 Liberation Day in a bid to keep COVID-19 from spreading.

Seoul City said that should the organizations go ahead with their rallies, it will use all means including an order that prohibits rallies to prevent the coronavirus from spreading.

“Various organizations are planning to hold mass gatherings downtown. … We have officially requested them yesterday to cancel their rallies,” said Park Yoo-mi, an official handling disease control under the Seoul Metropolitan Fire & Disaster Headquarters, said in a press briefing.

Since the beginning of the pandemic’s spread in Korea, the metropolitan government has banned rallies in central Seoul‘s Gwanghwamun Plaza and other areas by designating them as no-rally zones.

As for the events scheduled on Aug. 15, the city government immediately issued an order that prohibits rallies to organizations that reported plans of gatherings within the no-rally zones.

For the 14 organizations that reported plans to hold rallies outside the zones, the Seoul City has asked them to cancel their plans.

“The no-rally zones were designated in areas where mass gatherings can raise the risks of spreading infectious diseases. We had not specifically banned medium- or small-sized gatherings outside those zones because rallying is a basic right of the citizens,” a city official said.

“But as the Liberation Day rallies are expected to bring some 50,000 people together, we decided that it was of greater public interest to keep the disease from spreading. We have not decided to ban them yet; we have just sent out official documents requesting them to voluntarily cancel the rallies.”

In July, the city government prohibited a rally of some 50,000 people that the Korean Confederation of Trade Unions had planned to hold in Yeouido, which had not been designated as a no-rally zone.