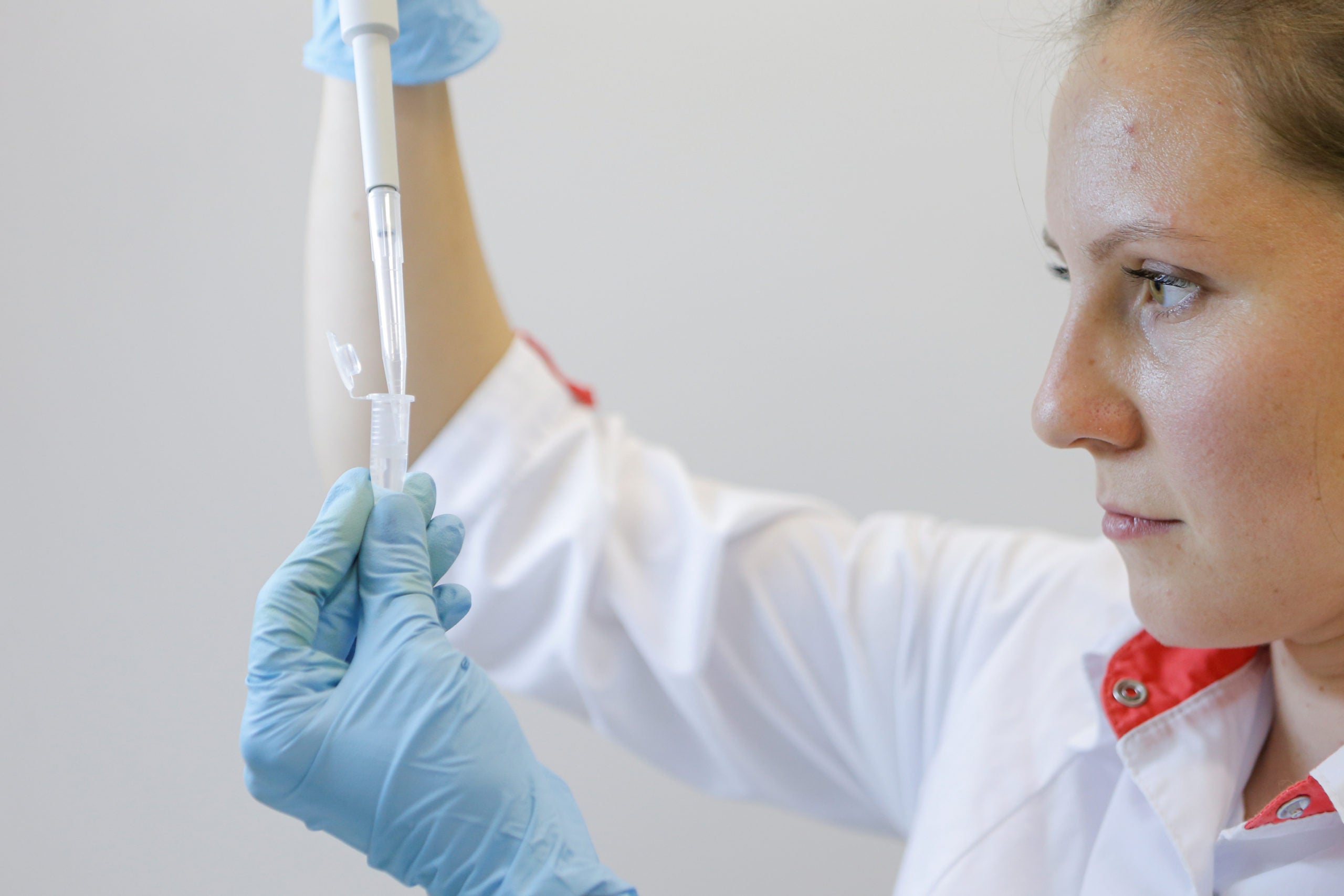 A scientist works inside a laboratory of the Gamaleya Research Institute of Epidemiology and Microbiology during the production and laboratory testing of a vaccine against the coronavirus disease (COVID-19), in Moscow, Russia August 6, 2020. Picture taken August 6, 2020. The Russian Direct Investment Fund (RDIF)/Handout via REUTERS

LONDON–An announcement by Russia on Tuesday that it will approve a COVID-19 vaccine after less than two months of human testing prompted alarm among global health experts, who said that with no full trial data, the vaccine is hard to trust.

Intent on being first in the global race to develop a vaccine against the pandemic disease, Russia has yet to conduct large-scale trials of the shot that would produce data to show whether it works – something immunologists and infectious disease experts say could be a “reckless” step.

She said such a super-fast approval could mean that potential adverse effects of a vaccine may not be picked up. These, while likely to be rare, could be serious, she warned.

Russian President Vladimir Putin said the vaccine, developed by Moscow’s Gamaleya Institute, was safe and that it had been administered to one of his daughters.

“I know that it works quite effectively, forms strong immunity, and I repeat, it has passed all the needed checks,” Putin said on state television.

Francois Balloux, an expert at University College London’s Genetics Institute, said it was “a reckless and foolish decision.”

“Mass vaccination with an improperly tested vaccine is unethical,” he said. “Any problem with the Russian vaccination campaign would be disastrous both through its negative effects on health, but also because it would further set back the acceptance of vaccines in the population.” 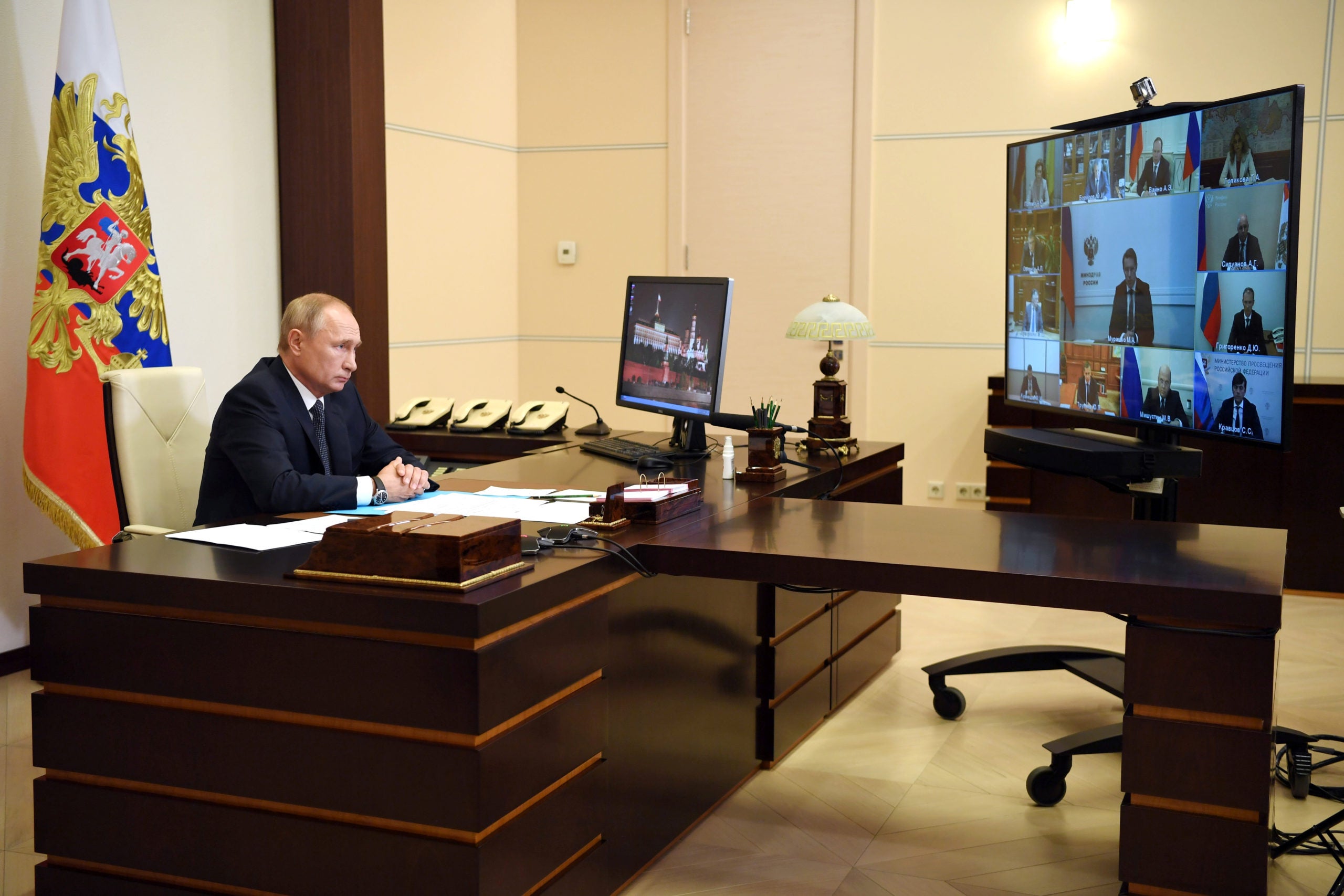 Russian President Vladimir Putin chairs a meeting with members of the government via video link at the Novo-Ogaryovo state residence outside Moscow, Russia August 11, 2020. Sputnik/Aleksey Nikolskyi/Kremlin via REUTERS

His comments were echoed by Danny Altmann, a professor of Immunology at Imperial College London, who said the “collateral damage” from deploying any vaccine that is not yet known to be safe and effective “would exacerbate our current problems insurmountably”.

Even as Russia declared victory, more than half a dozen drugmakers around the world are in the process of conducting large-scale, advanced human trials of their potential COVID-19 vaccines, each with tens of thousands of volunteer participants.

Several of these frontrunners, including Moderna, Pfizer and AstraZeneca, say they hope to know if their vaccines work and are safe by the end of this year.

All are expected to publish their trial results and safety data and submit them to regulators in the United States, Europe and elsewhere for scrutiny before any license could be granted.

The Russian vaccine’s approval by the Health Ministry comes before trials that would normally involve thousands of participants, commonly known as a Phase III trial. Such trials are usually considered essential precursors for a vaccine to secure regulatory approval.

Peter Kremsner, an expert at Germany’s University Hospital in Tuebingen who is working on clinical trials of a vaccine candidate from CureVac, said Russia’s move was “reckless.”

“Normally you need a large number of people to be tested before you approve a vaccine,” he said. “I think it’s reckless to do that if lots of people haven’t already been tested.”

Experts said the lack of published data on Russia’s vaccine – including how it is made and details on safety, immune response and whether can prevent COVID-19 infection – leaves scientists, health authorities and the public in the dark.

“It is not possible to know if the Russian vaccine has been shown to be effective without submission of scientific papers for analysis,” said Keith Neal, a specialist in the epidemiology of infectious diseases at Britain’s Nottingham University.

PH ready to work with Russia on COVID-vaccine trials

Duterte says Russia may give COVID-19 vaccine for free