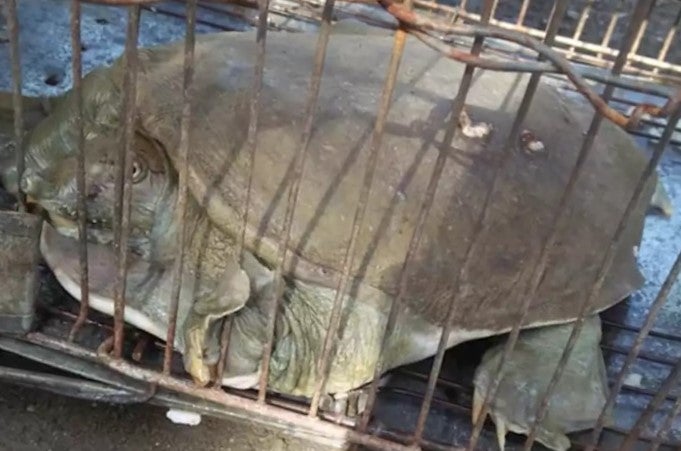 ENDANGERED. The Cantor giant softshell turtle which was rescued in Baggao, Cagayan and was recently released back to its natural habitat. CONTRIBUTED PHOTO

TUGUEGARAO CITY—An endangered soft-shelled turtle was returned to its natural habitat after it was rescued in Baggao town, Cagayan province recently.

Known as Cantor’s giant softshell turtle or frog-faced soft-shelled turtle, the freshwater turtle was released to a river at the village of Taguntungan.

This kind of turtle can grow up to at least 1.7 meters long and weigh at least 250 kilos, according to research.

Cantor’s giant softshell turtles are classified as endangered species by the International Union of Conservation of Nature due to its declining population.

The last known sighting of this turtle species in Cagayan Valley was in the Addalam River in Cabarroguis, Quirino in 2001.