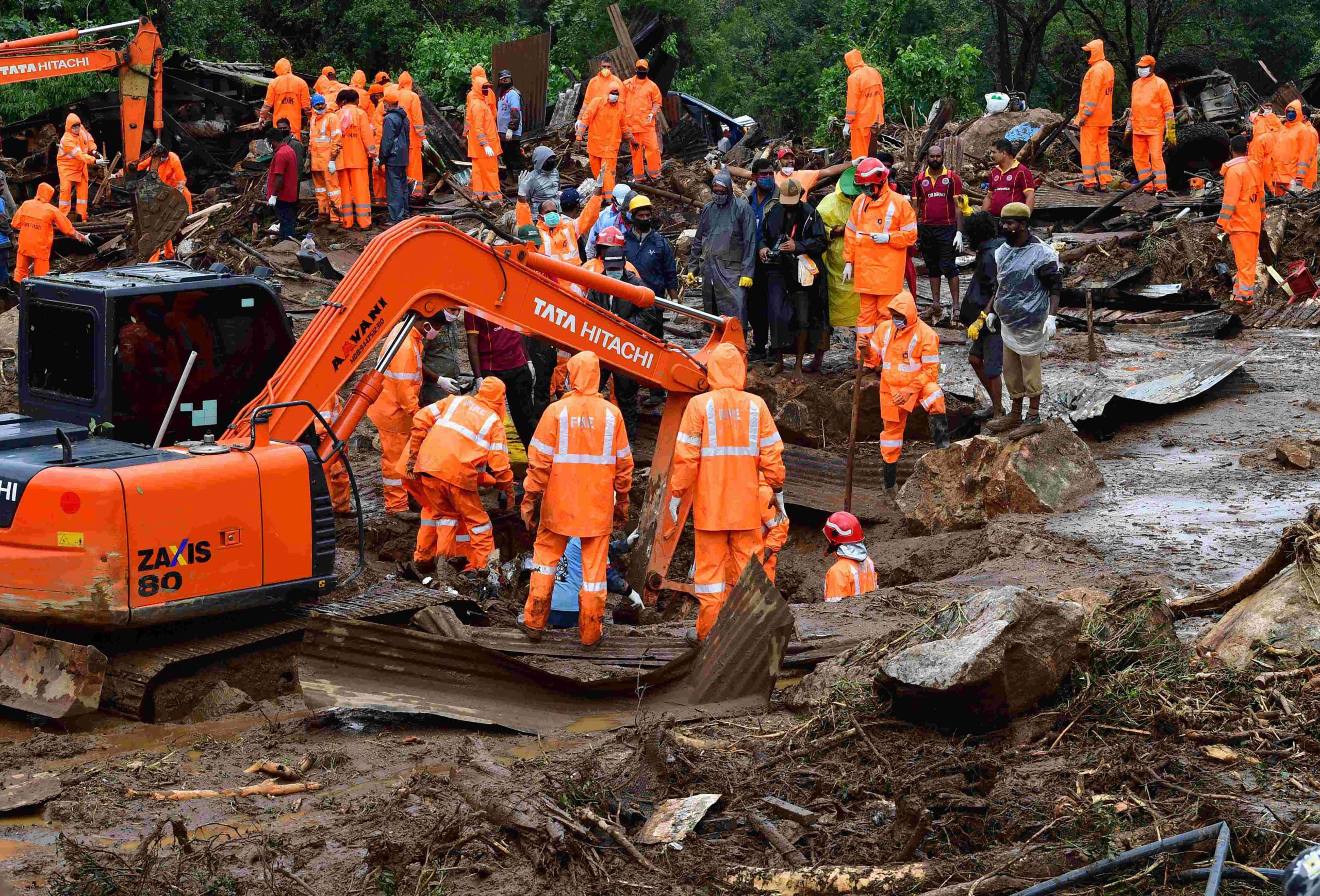 Rescue workers search for missing people at a landslide site caused by heavy rains in Pettimudy, in Kerala state, on August 8, 2020. (Photo by STR / AFP)

NEW DELHI — At least 43 bodies have been recovered after a massive landslide triggered by monsoon rains swept away dozens of tea estate workers in southwestern India, police said Sunday.

The landslide in Idukki district, around 250 kilometers (155 miles) from Kerala state’s capital Thiruvananthapuram, occurred Friday but the ongoing search and rescue efforts have been hampered by torrential downpours.

Twenty-six of the bodies were recovered on Friday night, a police official said earlier Sunday.

Local media reported that some 78 people were believed to live in the area, with many still missing.

Kerala has been hit by deadly floods during the annual monsoon.

At least 18 people died in a passenger jet crash in Kerala on Friday when an Air India Express jet overshot the runway while trying to land in a storm and plunged down a bank.

The monsoon across South Asia is critical to replenishing rivers and groundwater but also causes widespread death and destruction.

More than 300 people have died in floods and landslides in eastern and northeastern India, Bangladesh and Nepal in recent weeks.