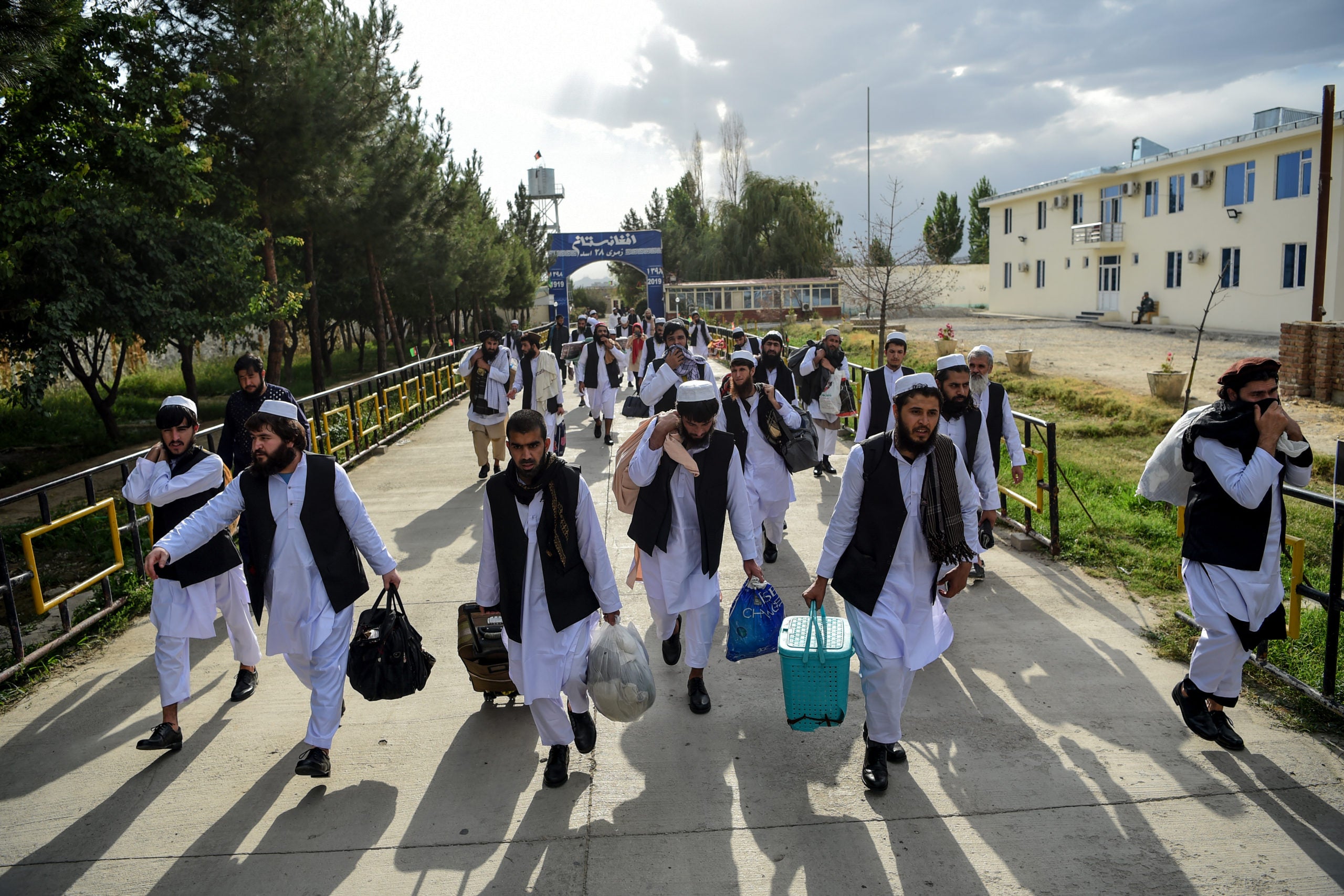 Taliban prisoners walk as they are in the process of being potentially released from Pul-e-Charkhi prison, on the outskirts of Kabul on July 31, 2020. – Afghan President Ashraf Ghani on July 31 ordered the release of 500 Taliban prisoners as part of a new ceasefire that could lead to long-delayed peace talks. (Photo by WAKIL KOHSAR / AFP)

KABUL, Afghanistan — Thousands of prominent Afghans on Sunday approved the release of about 400 Taliban prisoners, including many involved in attacks that killed scores of Afghans and foreigners.

The resolution recommending the release of the prisoners was passed at the end of a three-day loya jirga — a traditional Afghan meeting of tribal elders and other stakeholders sometimes held to decide on controversial issues.

“In order to remove the hurdles for the start of peace talks, stopping bloodshed, and for the good of the public, the jirga approves the release of 400 prisoners as demanded by the Taliban,” a member told the gathering.

Any foreign nationals among the prisoners should be handed over to their respective countries, the resolution stated.

“The decision of the loya jirga has removed the last excuse and obstacles on the way to peace talks. We are on the verge of peace talks,” said Abdullah Abdullah, who has been appointed by the government to lead negotiations with the Taliban.

The prisoners’ fate has been a crucial hurdle in launching peace talks between the two warring sides, which have committed to completing a prisoner exchange before the talks can start.

The Afghan government has released almost 5,000 Taliban inmates, but authorities have balked at freeing the final prisoners demanded by the Taliban.

According to an official list seen by AFP, many of the inmates are accused of serious offenses, with more than 150 of them on death row.

The list also includes a group of 44 insurgents of particular concern to the United States and other countries for their role in “high-profile” attacks.

US Secretary of State Mike Pompeo pushed for the release of the detainees while recognizing the decision would be “unpopular.”