MANILA, Philippines — The head and a senior officer of Philippine Health Insurance Corp. (PhilHealth) are unlikely to personally appear at the resumption of the Senate investigation of the alleged irregularities and corruption in the state insurer next week after their health conditions were disclosed on Saturday.

Sen. Panfilo Lacson, who had questioned PhilHealth transactions and disbursements, said that if the officials skipped the hearing on Tuesday, they would lose the chance to counter any new allegations against them.

But in a radio interview, Lacson said he respected the advice of PhilHealth president Ricardo Morales’ doctor for him to go on leave.

PhilHealth executive vice president Arnel de Jesus asked to be excused from the Senate hearing as he was confined in a hospital.

A Senate source on Saturday showed a copy of a letter from Morales’ doctor saying that he needed to undergo treatment for a certain type of cancer. The source also said De Jesus wrote the Senate, attaching a copy of a medical certificate showing he had multiple heart-related ailments and was scheduled to undergo several medical procedures.

Morales himself has not yet asked the Senate to be excused from the next hearing. He and the PhilHealth spokesperson did not respond to text messages from the Inquirer asking whether he would appear at the hearing on Tuesday. 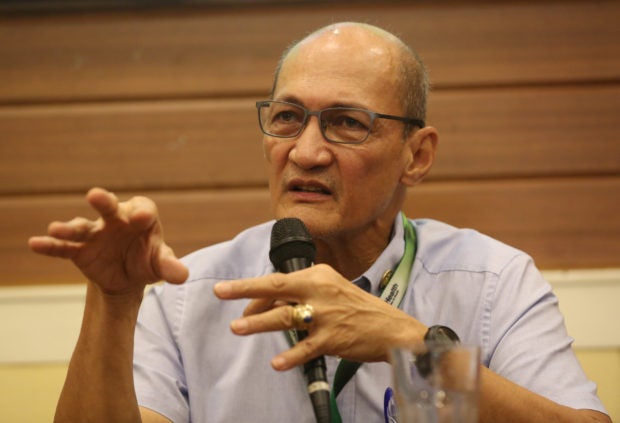 Lacson said it was “unfortunate that these new corruption issues have exploded” at a time when Morales’ health was at a low point.

In an interview with dwIZ radio, Lacson said he believed that Morales and De Jesus were unlike other officials who made up excuses to evade investigations.

“In this particular case, we should really be accommodating and empathize,” he said. “So let’s leave it at that and respect their privacy and time for treatment, and recovery and rest.”

Senate Minority Leader Franklin Drilon said he felt sad for Morales but added that he had heard that the PhilHealth president would still participate in the next Senate hearing via teleconferencing.

“This is a good sign that he is trying to let the truth come out. He had admitted that there are a lot of anomalies,” Drilon told dwIZ.

He noted that there has been no evidence that Morales was involved with the alleged syndicate operating in PhilHealth and nobody had said he was part of it.

Sen. Bong Go, chair of the health committee, said in a radio interview that he was saddened by the news about the PhilHealth officials’ conditions, but he also called on them to continue cooperating with the various legislative and executive investigations.

If Morales could not attend the hearing, he could send pertinent documents to the Senate, Go said.

He said he believed in Morales’ integrity and added that President Duterte also trusted the PhilHealth chief.

Drilon said the parallel investigations of the alleged irregularities in PhilHealth could not be avoided.

Aside from the Senate, the House of Representatives, the Presidential Anti-Crime Commission and a task force created by the President opened separate probes. 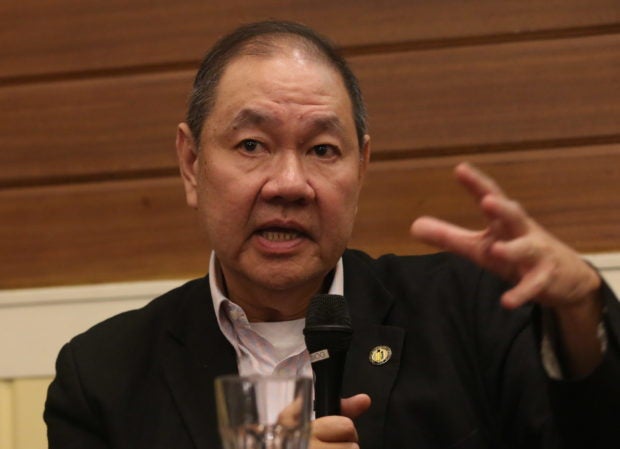 Justice Secretary Menardo Guevarra, who heads Task Force PhilHealth, on Saturday said the Office of the Ombudsman, the Commission on Audit (COA) and the Civil Service Commission (CSC) agreed to help his investigation.

Guevarra told reporters in a Viber chat that the three constitutionally independent bodies would perform their “core functions” as part of Task Force PhilHealth, without compromising their independence.

“The COA will audit, the CSC will provide guidance on personnel actions, and the Ombudsman will investigate and prosecute antigraft complaints that the task force may file,” he said.

Guevarra said he personally spoke with the heads of the three bodies on Friday, “respectfully sought their assistance and graciously invited them to join us in the task force.”

“All of them accepted our invitation without any reservation or condition and promised their full support,” he said.

The National Bureau of Investigation and the Anti-Money Laundering Council, among other agencies, will be supporting the work of the task force, whose authority includes recommending the suspension of PhilHealth officials.

Guevarra said the task force would convene next week to map out its overall strategy.

“PhilHealth looks like a dense and formidable forest. The task force will exert all efforts to ensure that it will not be lost in the maze and produce something in the end. However, we prefer to work quietly and get the job done without fanfare,” he added.

For a longer-lasting solution to PhilHealth’s problems, Senate President Pro Tempore Ralph Recto said he was looking at systemic changes, including appointing a representative from the opposition as a board member.

“Changing the system, not just the personalities, will stop the revolving door of anomalies, Recto said in a statement.

He suggested that PhilHealth needed constant audit, more than a special audit, given the large amount of funds it handles.

Recto said the number of COA auditors tasked to check the corporation’s P140 billion in yearly allocations and members’ contributions may not be enough, considering that it transacts 35,000 claims a day from 8,500 hospitals and 40,000 health-care professionals.

He said an opposition representative in the board would act as an “embedded fair but firm fiscalizer.” —WITH REPORTS FROM JEROME ANING AND JOVIC YEE