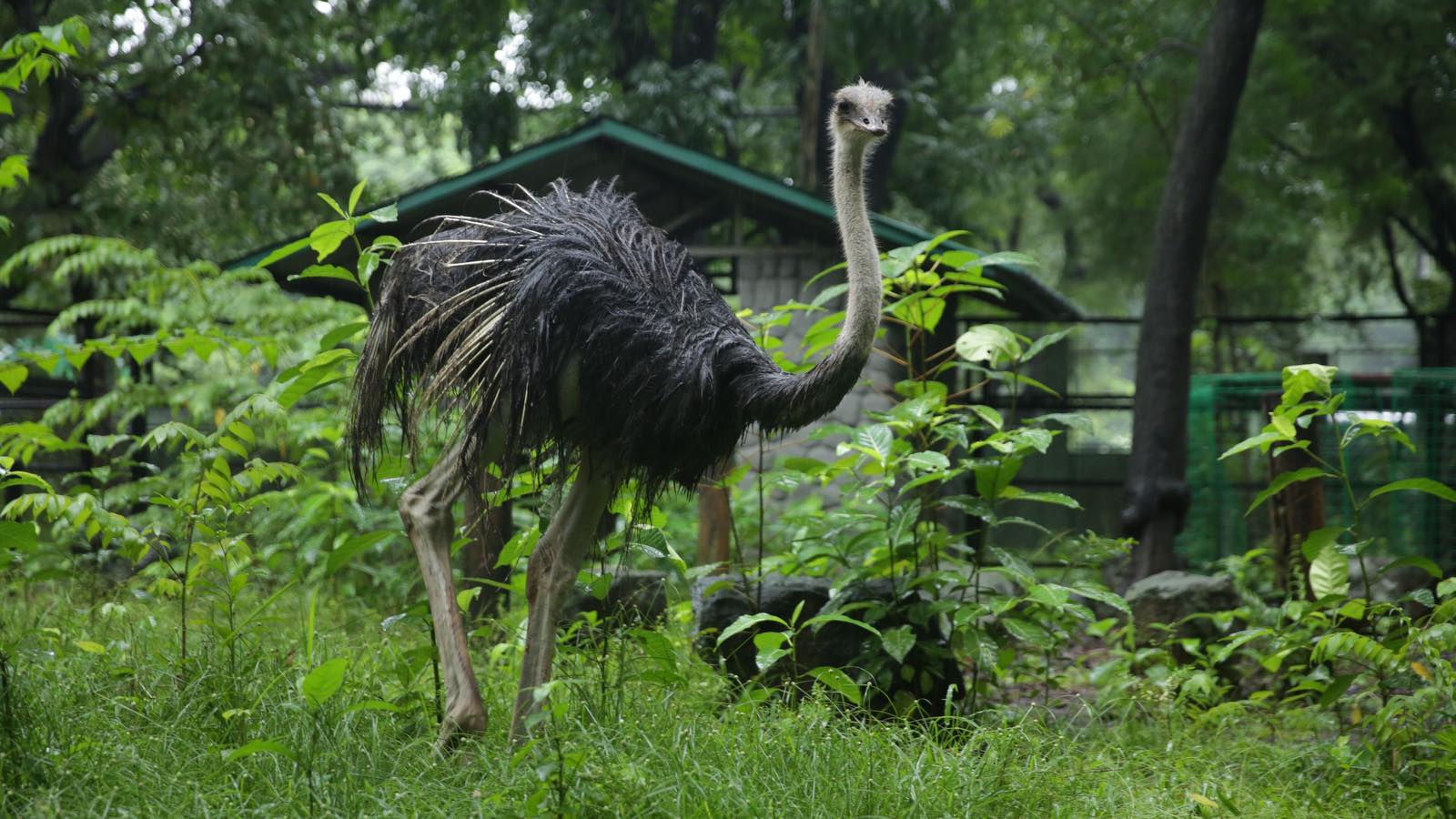 This is one of two ostriches that ran carefree inside a Quezon City subdivision was handed over to the DENR. The bird is currently at the DENR-Biodiversity Management Bureau Wildlife Rescue Center. Image: Courtesy of DENR.

MANILA, Philippines — One of the two ostriches that ran carefree inside a Quezon City subdivision has died of stress, an official of the Department of Environment and Natural Resources (DENR) said Saturday.

In a text message to INQUIRER.net, DENR Undersecretary Benny Antiporda said that this was the information given to them by the ostrich’s owner named Jonathan Cruz.

“As per [the] statement of the alleged owner Jonathan Cruz na stress daw ang ostrich then namatay (the ostrich died due to stress),” he said.

“We are asking for the evidence na talagang namatay (if it really died,” Antiporda added.

Antiporda also said that the DENR was “puzzled” as to how did the ostrich end up in Mapayapa Village III in Diliman, when the address of the owner was registered in Balingasa, Quezon City.

The other ostrich, meanwhile, was handed over by Cruz, and was brought to the DENR-Biodiversity Management Bureau Wildlife Rescue Center on Friday.

The ostriches became a spectacle on social media after they ran loose inside the Quezon City private village.

A security guard and several construction workers in the area caught the birds an hour after they were spotted.