President Rodrigo Duterte was so “exasperated” over allegations of corruption in Philippine Health Insurance Corp. (PhilHealth) that he ordered another investigation of the state insurer to be led by the Department of Justice (DOJ), his spokesperson said on Friday.

Harry Roque said the President’s move proved his “zero-tolerance policy” on corruption and Duterte’s concern to “find out the truth” about the allegations of irregularities in PhilHealth.

In a memorandum, the President directed Justice Secretary Menardo Guevarra to organize a task force to probe the corruption allegations, including an audit of PhilHealth’s finances and lifestyle checks on its officials and employees.

“The President seems very exasperated. Congress has probed PhilHealth so many times but nothing has happened. So he gave the power not only to investigate and try, but to impose preventive suspension on those being probed,” Roque said.

“This is not an ordinary investigation,” he added. “So to the crocodiles at PhilHealth, your days are over. Good-bye!” 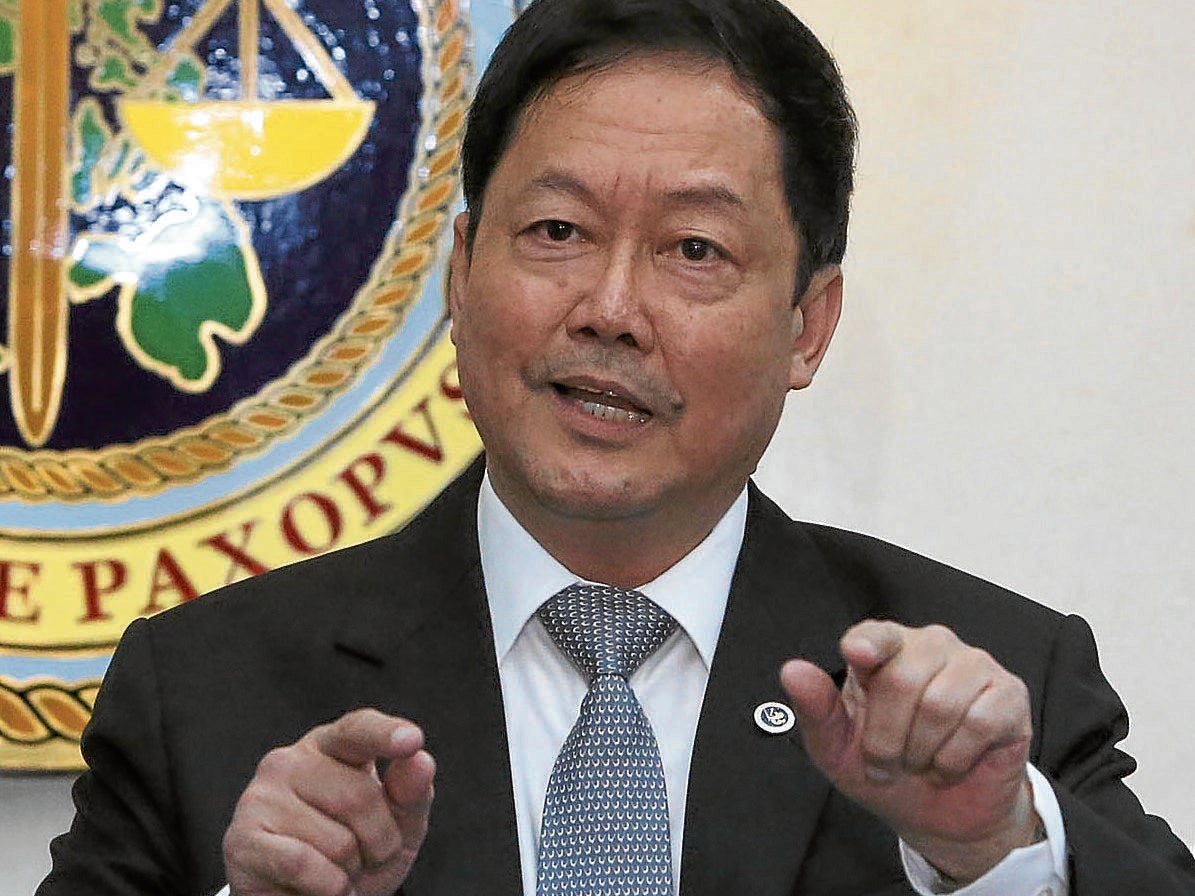 There are other ongoing investigations of PhilHealth, which were triggered by the resignation of Thorrsson Montes Keith, an antifraud legal officer of the government corporation two weeks ago. Keith cited “widespread corruption” in the state insurance company as one of his reasons for quitting and later said up to P15 billion of its funds had been pocketed by corrupt officials.

Separate probes had been opened by the House of Representatives, the Senate and the Presidential Anti-Corruption Commission (PACC). Roque also earlier said Duterte had “authorized” Undersecretary Jose Melchor Quitain, head of the Office of the Special Assistant to the President, to conduct an investigation.

The President’s directive required the task force to submit its findings and recommendations, including “proposed legal actions against officials and employees found to be responsible for acts of corruption or anomalies in PhilHealth” within 30 days of the panel’s creation.

The PACC had already submitted an initial report on its investigation. It recommended the filing of graft and corruption cases against 36 high-ranking and mid-level officials of the state health insurer.

Guevarra will head the DOJ’s Task Force PhilHealth with members from the Office of the Ombudsman, Commission on Audit (COA), Civil Service Commission, and the Office of the President, DOJ spokesperson Undersecretary Markk Perete said in a statement.

Perete said the National Bureau of Investigation and the Anti-Money Laundering Council, among other agencies, were being tapped to support the panel.

In his memorandum, the President authorized the DOJ to require other government agencies and instrumentalities to join as members of the panel or to assist it. The panel may also seek the assistance of constitutional commissions and other independent government bodies, and invite them to become members of the panel.

The task force will closely collaborate with other agencies such as the PACC, Perete added.

Guevarra said the DOJ would coordinate its parallel investigation with the Ombudsman’s office, the body authorized by the Constitution to initiate, prosecute and file corruption cases against government officials in the Sandiganbayan.

“As I have said, the President will not stop in fighting corruption,” said Sen. Bong Go. “With his order, I expect the task force … to do everything to end PhilHealth’s problem (regarding the) … ‘deeply rooted and systemic corruption.’”

It was Go, the Senate health committee chair and Duterte’s former longtime aide, who first proposed the creation of the task force.

“With more teeth, we expect this task force to discharge its key mandates without fear or favor and with greater haste,” Go said.

Senate Minority Leader Franklin Drilon and Sen. Sonny Angara also agreed with the President’s action, but pointed out that the Ombudsman and the COA were both independent constitutional bodies.

“The constitutional commissions cannot be members of the panel constituted by the DOJ,” Drilon said in a text message to reporters.

“The Constitution provides that these commissions shall be independent offices. The powers of these offices cannot be limited by their membership in the panel,” the former justice secretary said. 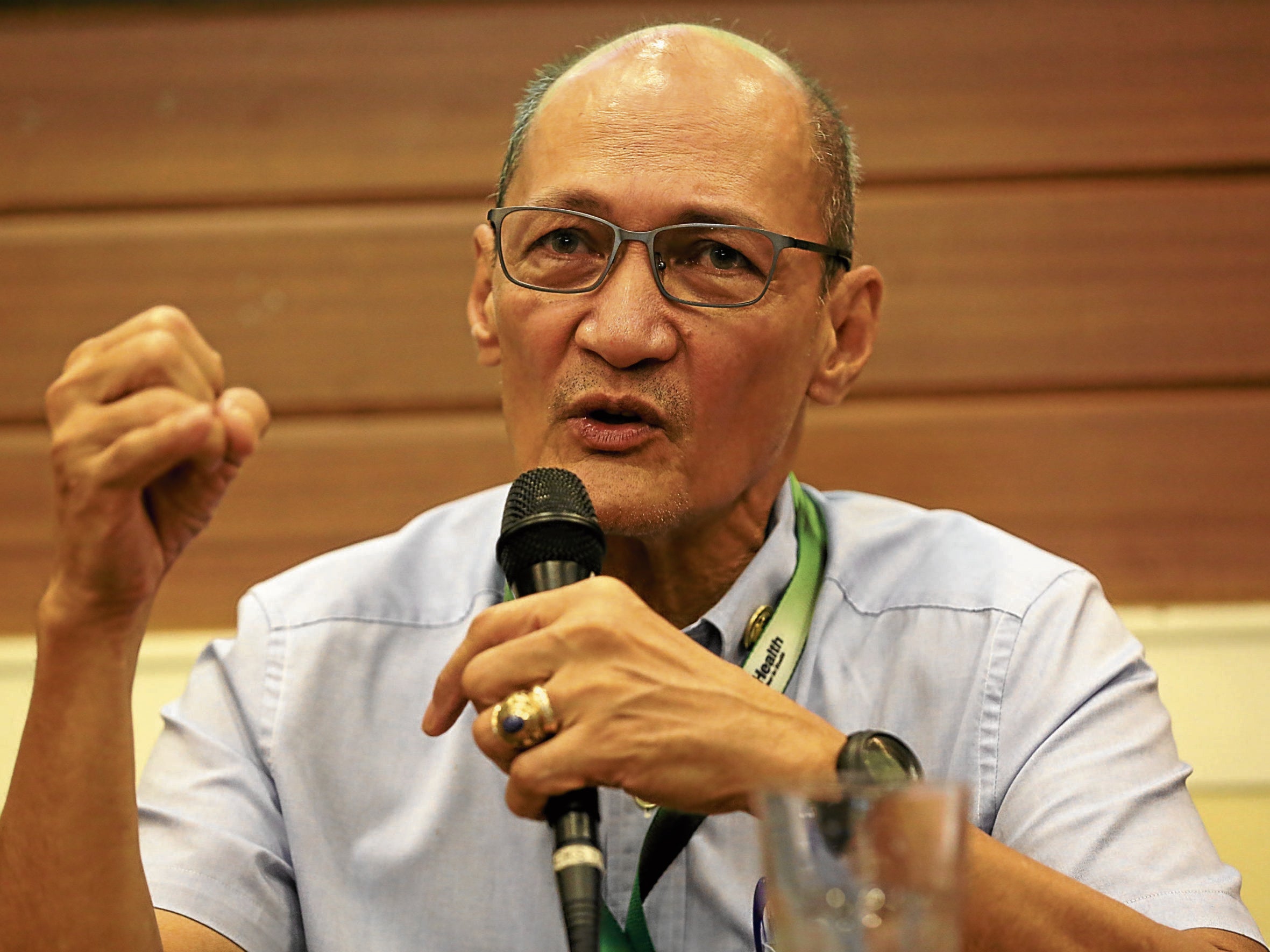 Senate President Vicente Sotto III also backed the creation of the task force, which he said should look into PhilHealth’s transactions since 2013 when it was created by law.

Asked if the task force’s investigation would affect the Senate’s own probe, Sotto replied: “Not at all. Our investigation is in aid of legislation. I’m looking at amending the PhilHealth law.”

Keith had told the senators that about P15 billion in PhilHealth funds had been pocketed or stolen by a “syndicate” operating in the state company.

Morales was appointed by Duterte last year after then PhilHealth President Roy Ferrer stepped down following the Inquirer’s investigative report on massive fraud in PhilHealth that led to losses of up to P154 billion.

No official has been convicted of graft and corruption over those scams.

Asked if the President had spoken with Morales over the corruption allegations, Roque said that was no longer necessary.

“That’s already moot and academic. The President is more concerned with finding out the truth. And since what he did is a legal remedy, there’s no more reason for him to talk to Morales,” he said.

Roque said the President’s directive was proof that Duterte was listening to the complaints of the people and acted on them. —WITH REPORTS FROM JEROME ANING AND MARLON RAMOS

Read Next
‘Interpret with caution’ as PH tops Covid lists
EDITORS' PICK
More than 150 National Guard in Washington for Biden inauguration test positive for coronavirus
Is your company a growth champion? Stand up and be recognized!
New Year, New Rediscoveries
Acer Philippines welcomes you to its first flagship store
PNP’s Covid-19 cases jump to 9,809; 52 new infections logged
Pope Francis to miss events due to new flare up of leg pain—Vatican
MOST READ
Cavite gov’t weighs airport deal termination
Why Kris Aquino sleeps with her pearls
Parlade targets universities after fiasco with beauties
Church and bagels to go: Biden’s first White House Sunday
Don't miss out on the latest news and information.