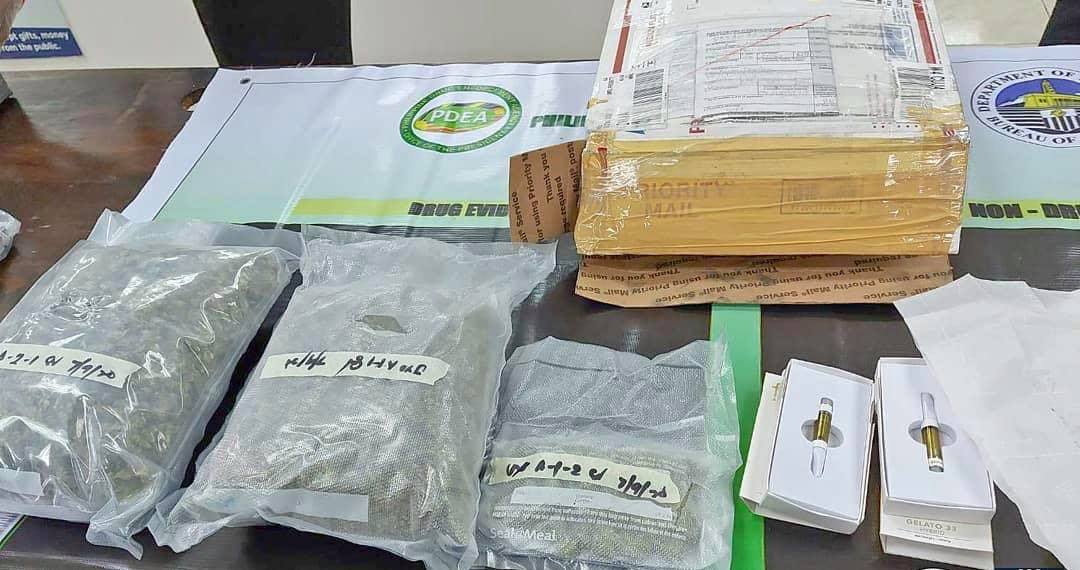 Authorities seized eight shipments of “kush” or high-grade marijuana and other marijuana-infused products valued at P1.6 billion in Clark Freeport. (Photo from Bureau of Customs-Clark)

CITY OF SAN FERNANDO –– The Bureau of Customs in the Clark Freeport (BOC-Clark), north of here, has seized eight shipments of “kush” or high-grade marijuana and other marijuana-infused products valued at P1.6 million.

The shipments came from the United States, Canada, France, and Germany in recent months, the BOC-Clark said in a statement.

Two of the shipments were declared as gifts and baby blankets that were used to conceal the items contained in vacuum-sealed packs.

The six shipments held the marijuana-infused products in boxes.

These were all turned over to the Central Luzon office of the Philippine Drug Enforcement Agency on Aug. 5.

District Collector Ruby Alameda issued warrants of seizure and detention of the shipments for violation of Republic Act No. 10863 or the Customs Modernization and Tariff Act (CMTA) concerning the Republic Act No. 9165 or the Comprehensive Dangerous Drugs Act of 2002.