Coronavirus might have infected bats years ago, says WHO expert 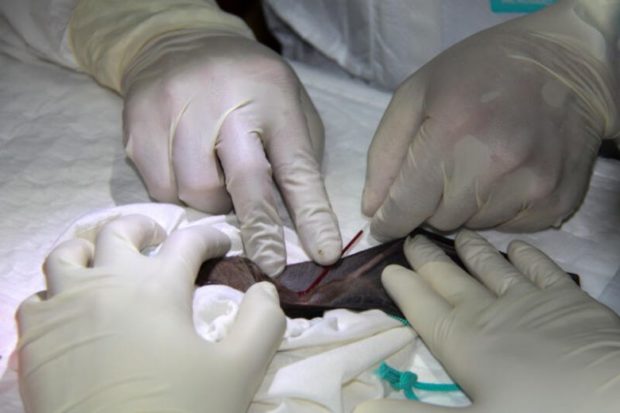 Scientists have further proof that the coronavirus evolved in the wild. REUTERS via The Straits Times/Asia News Network,

BEIJING — The Chinese city of Wuhan in Hubei province may not be the place where the Covid-19 virus crossed from animals into humans, despite the first clusters of infections having been reported in the city, said Dr Michael Ryan, executive director of the Health Emergencies Program of the World Health Organization (WHO).

The city had a surveillance system designed specifically for picking up atypical pneumonia cases, he said at a routine news briefing on Monday (Aug 3).

“It was there for a very specific purpose. And the fact that the fire alarm was triggered doesn’t necessarily mean that is where the disease crossed from animals into humans.”

A more extensive epidemiological study to look at the first cases and clusters in Wuhan will begin with the participation of scientists from around the globe, according to the WHO.

Two WHO experts were in China to conduct groundwork for an investigation into the animal origins of the novel coronavirus from July 11 to Aug 2, according to information released by China’s National Health Commission on Monday.

During their stay in China, they held many talks with their Chinese counterparts on scientific research, including the route of transmission and animal origin of the virus, and exchanged ideas on future scientific study plans.

WHO Director-General Tedros Adhanom Ghebreyesus said WHO and Chinese experts have drafted the terms for the studies and the program for an international team led by the WHO.

“The international team will include leading scientists and researchers from China and around the world,” he said.

The origin of the novel coronavirus has puzzled scientists since its discovery. According to a study published in late July in the journal Nature Microbiology, scientists now have further proof that the coronavirus evolved in the wild and may have been circulating in bats for more than 40 years.

The study, conducted by scientists from China and Europe, said the virus may have been poised to jump to humans for some time.

Meanwhile, this discovery discredits conspiracy theories that the coronavirus was bioengineered or escaped from a lab, it added.

The researchers compared the genetic makeup of the novel coronavirus with that of a close relative in bats－a virus called RaTG13. The latter was discovered by noted Chinese virologist Shi Zhengli in Yunnan province in 2013, according to the journal Science.

As a result, RaTG13 has been the centerpiece of many conspiracy theories claiming Dr Shi’s team had genetically manipulated it to create the novel coronavirus. Dr Shi rebutted all the accusations in an interview with Science last month.

The latest study found the two viruses shared a common ancestor, but their evolutionary path diverged some 40 to 70 years ago. The long divergence period suggests that there may be other undiscovered strains of bat coronaviruses that may cause disease in humans.

Unlike what previous research suggested, the study did not find evidence supporting pangolins playing a role in the evolution of the novel coronavirus or being the intermediate host. Instead, pangolins may have picked up the virus through contact with other wild animals, the study said.

Prof David Robertson, a professor of viral genetics at the University of Glasgow and one of the key researchers behind the study, said the novel coronavirus is a “generalist virus” that can infect multiple species of animals.

“Current evidence suggests that the novel coronavirus acquired its significant traits from evolving in bats, not in some intermediate hosts,” he said in an online seminar last month. This may help explain why the intermediate host has eluded scientists to this day because it may not have played a big role in the virus’ evolution, he said.