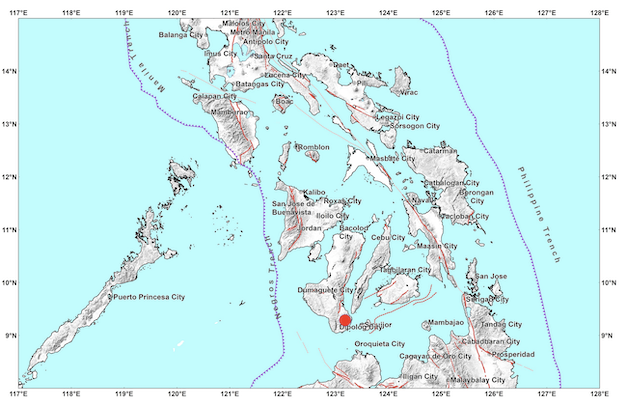 Epicenter of a quake that struck near Negros Oriental on Tuesday night. (Image from Phivolcs)

MANILA, Philippines — A magnitude 3.7 earthquake rocked several Negros Oriental towns on Tuesday, according to the Philippine Institute of Volcanology and Seismology (Phivolcs).

According to Phivolcs’, the epicenter of the quake was at 10 kilometers southwest of Valencia in Negros Oriental, with a shallow depth of 6 km.

Intensity 4 was felt in Valencia while Intensity 3 was recorded in Dumaguete and Intensity 2 in Sibulan.

No damage nor aftershocks were expected.