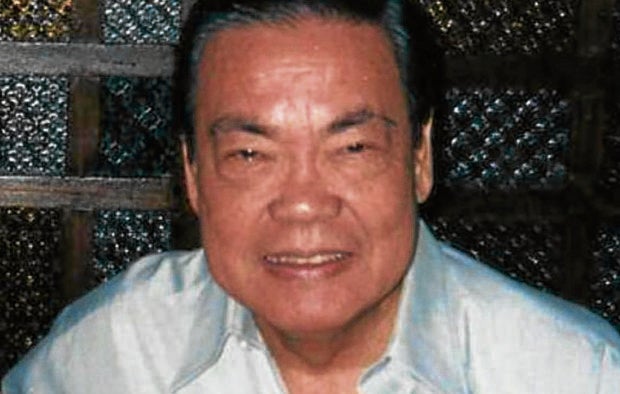 MANILA, Philippines — Eddie Ilarde, a former senator and veteran radio-television host known for being the pop culture icon who successfully straddled both politics and entertainment, died of natural cause on Tuesday. He was 85.

Ilarde was best known for his television show “Kahapon Lamang,” which dramatized the lives of common folk who narrated their sob stories in letters addressed to “Kuya Eddie.” The weekly show ran for more than a decade on GMA until it transferred to the post-Edsa ABS-CBN under another title and aired for two more years.

“Kahapon Lamang” was so popular that it inspired the song, “Napakasakit, Kuya Eddie” — a common line in the letters submitted to his show.

Fans will remember Ilarde as the host with the firm but soothing voice in his radio shows. While studying journalism at Far Eastern University in Manila, he was already a veteran of voice talent gigs in radio stations dzBB, dzRH and dzXL.

The broadcast personality’s flirtation with politics began in 1963 when he ran and won a seat on the Pasay City Council and later as a congressman representing the first district of Rizal in the 6th Congress.

The Liberal Party (LP) included him in its 1969 senatorial lineup. Although he failed in his first try, he later won a Senate seat in the 1971 elections as a member of the opposition.

Ilarde was among the scores of senatorial candidates and civilians who were injured when two grenades were lobbed on the stage during the LP’s 1971 “miting de avance” at Plaza Miranda in Quiapo, Manila.

Ilarde’s Senate term began in January 1972 but was cut short when dictator Ferdinand Marcos declared martial law in September that year. He later joined Marcos’ Kilusang Bagong Lipunan and won a seat on the Interim Batasang Pambansa as a Metro Manila assemblyman in 1984.

Ilarde remained well-loved long after his retirement from both his political and show biz careers. He was given a Star Awards for Television Lifetime Achievement Award by the Philippine Movie Press Club.