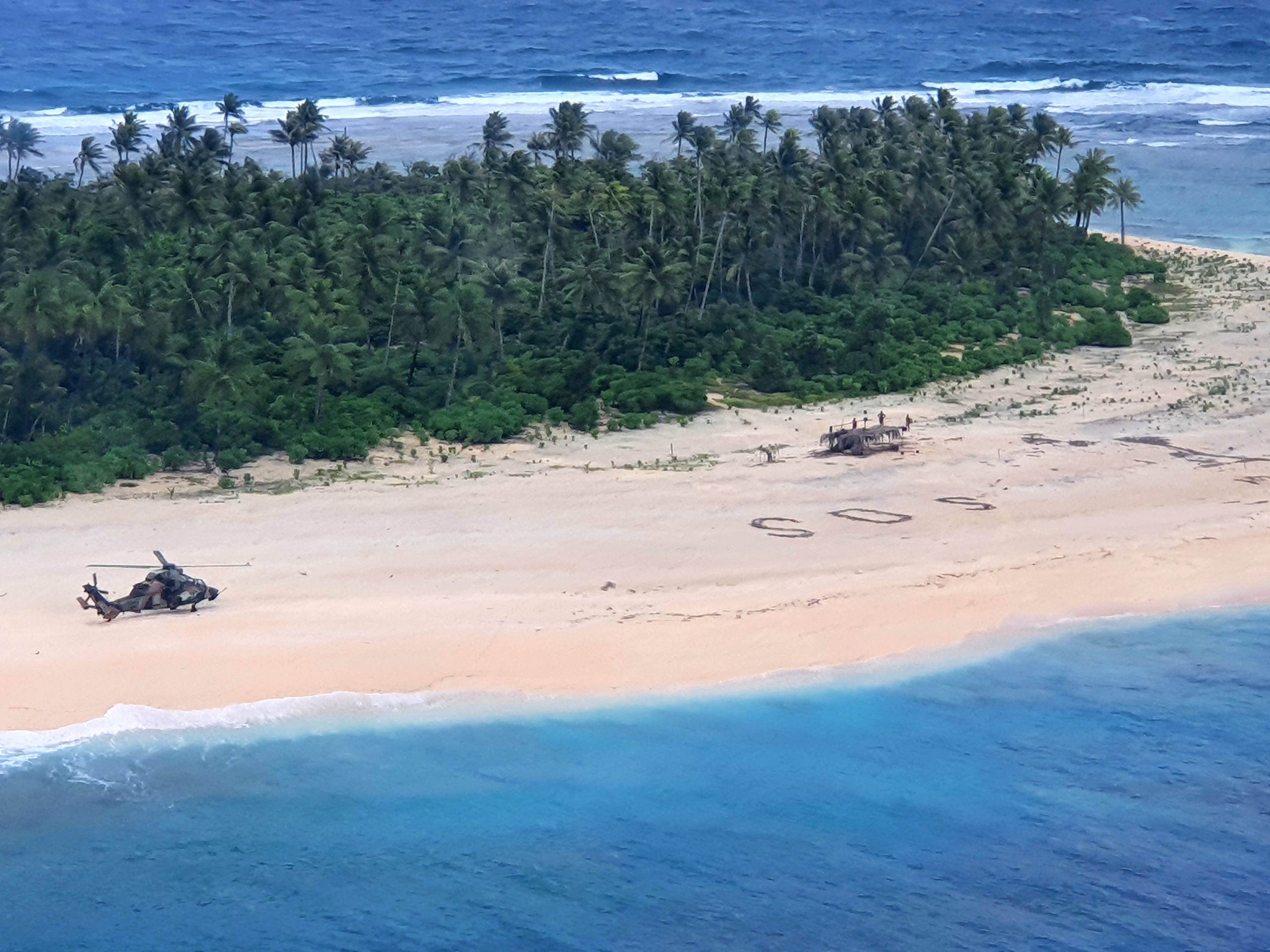 An Australian Army ARH-90 Tiger Helicopter lands on Pikelot Island in the Federated States of Micronesia where three men were found safe and healthy after missing for three days, August 2, 2020. Picture taken August 2, 2020. AUSTRALIAN DEPARTMENT OF DEFENCE/Handout via REUTERS

Three Micronesian sailors stranded on a remote Pacific island drew a giant SOS message in the sand to attract the attention of rescuers, who found them three days after they went missing at sea.

Australian and U.S. aircraft located the men on tiny Pikelot island, about 200 km (124 miles) west of where they had set off in a seven-meter (23-ft) skiff before veering off course and running out of fuel.

“I am proud of the response and professionalism of all on board as we fulfill our obligation to contribute to the safety of life at sea wherever we are,” the Australian Navy’s Capt. Terry Morrison said in a defense department statement.

Morrison commands the HMAS Canberra, which sent a helicopter to the rescue after officials in the U.S. territory of Guam raised the alarm, following the men’s failure to complete a 42-km (26-mile) trip between Pacific atolls. 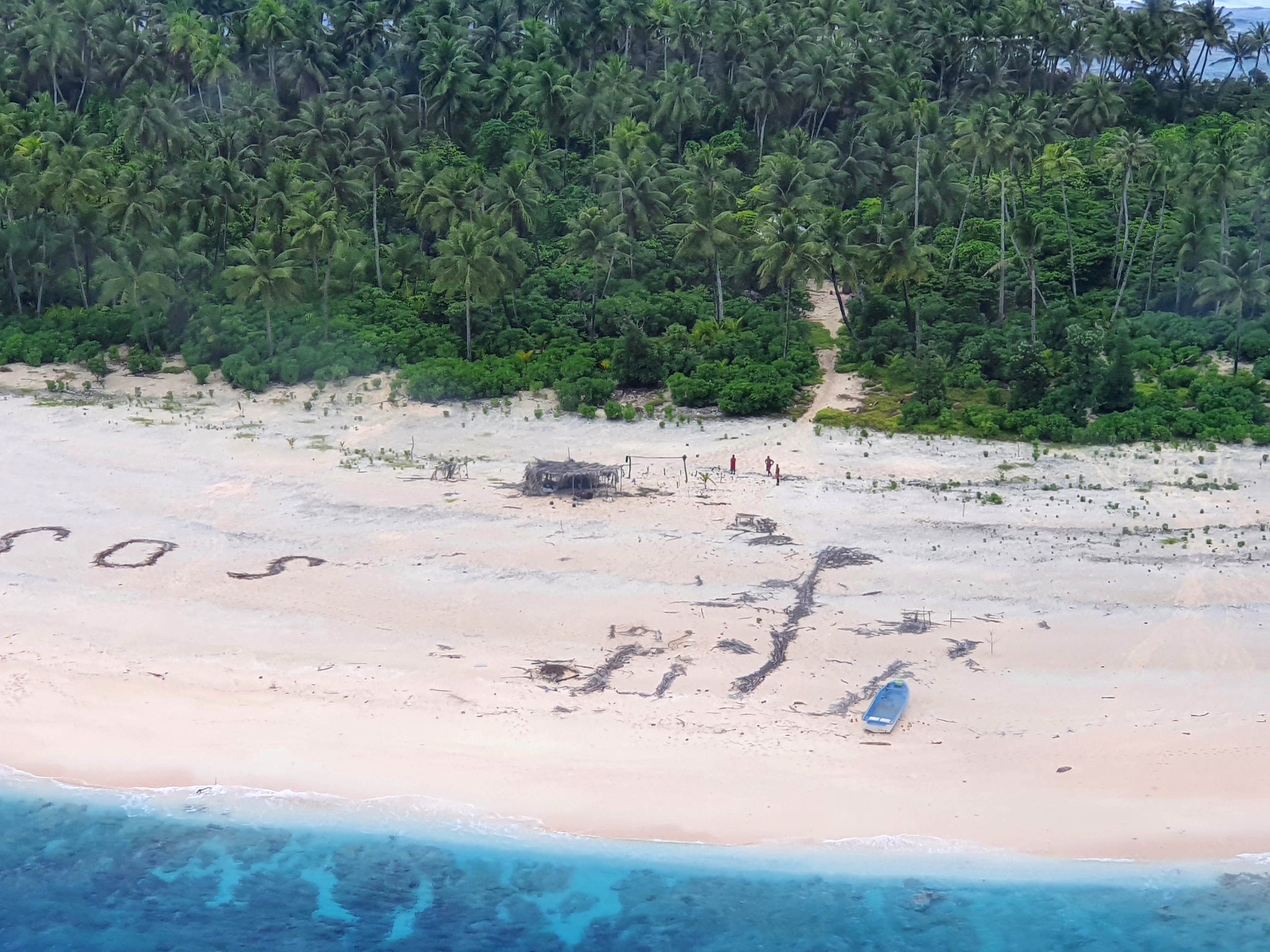 Three men from the Federated States of Micronesia stand on the beach of Pikelot Island, found after a combined U.S. and Australian search, August 2, 2020. AUSTRALIAN DEPARTMENT OF DEFENCE/Handout via REUTERS

The helicopter landed on the island on Sunday to check the men’s condition and gave them food and water after its crew spotted their appeal for help, close to their makeshift shelter.

A Micronesian patrol vessel is headed to the island to pick up the men, the statement added.

Pikelot is a low coral islet, with forest and scrub, that is home to a seabird rookery and turtle nesting site.

The Federated States of Micronesia, in the western Pacific, groups more than 600 small islands scattered across the ocean.