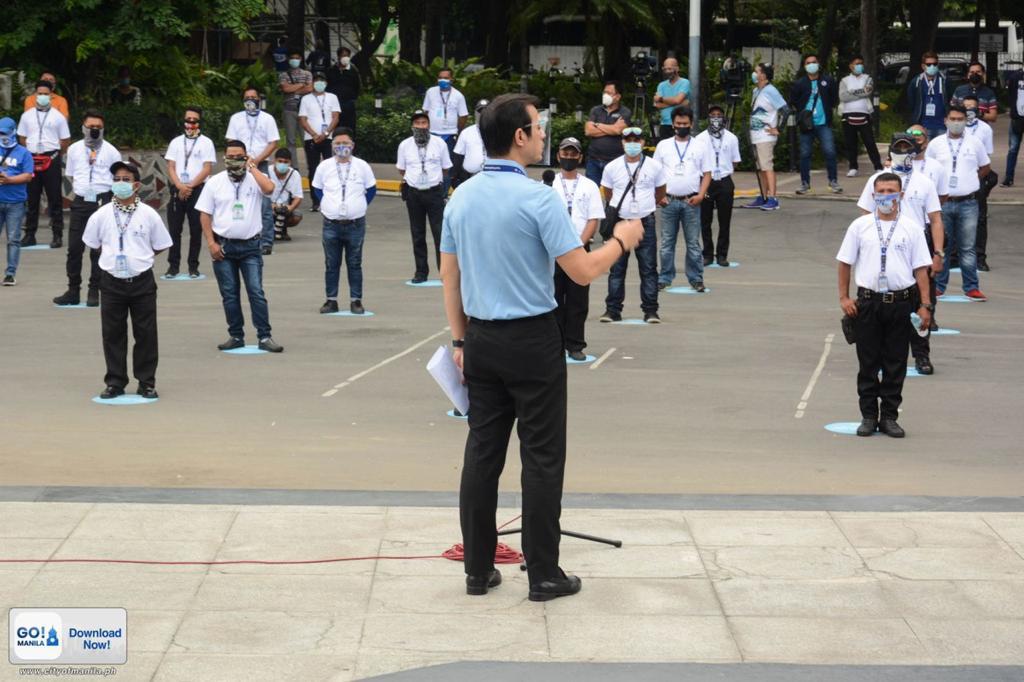 MANILA, Philippines — About 400 Manila Traffic and Parking Bureau (MTPB) enforcers have been designated as COVID-19 safety marshals in the nation’s capital.

President Rodrigo Duterte recently approved his Cabinet’s recommendation to implement MECQ in Metro Manila from August 4 to August 18 in response to an appeal made by medical frontliners.

(All of you are used to the streets. In every day that was made by God, you have seen many who are stubborn, and you have a lot of experience with talking with people. I know you only reprimand drivers, but starting from this day, you will be reprimanding the public.)

“We will help our uniformed personnel in the PNP and the MPD. We will augment them for their effort to keep peace and order of the city,” he added.

Domagoso said the 400 COVID-19 safety marshals comprise about half of the MTPB’s traffic personnel.

As deputized civilian personnel, the Mayor said they will help police and barangay personnel to call out residents caught violating public health protocols.

He reminded the safety marshals of existing city laws mandating the use of face masks, compliance with physical distancing protocols, as well as general curfew.

(Let’s reprimand everyone who won’t follow the law, but we don’t need to be hotheaded or angry. We will only get angry when there is certain mischief, impertinence, or deception.)

“While you’re still in government, I want you to see the Manila Clock Tower as a symbol of hope for our city. Maging pamantayan natin. Hanggang nakatatag yan, hanggang nakatayo yan, may Pamahalang Lungsod na magmamalasakit sa kanyang mamamayan,” he said.

(Let it be our standard. As long as the Manila Clock Tower is standing, the city government will care for its citizens.)

Read Next
75 passengers, staff saved as cruise ship sinks in Bangkok’s Chao Phraya River
EDITORS' PICK
Hidilyn Diaz wins weightlifting gold in Tokyo Olympics
Duterte warns of possible lockdown if ‘more aggressive’ Delta variant spreads
Duterte: When I said I will fight drugs in 6 months, I thought it was like in Davao
Connect to PH’s fastest network with new Signature Plan Lite at only P599 per month
Harnessing technology for quality education
Tips for a cheerful life
MOST READ
Hidilyn Diaz wins weightlifting gold in Tokyo Olympics
Go to war with China over West PH Sea? It will be a ‘massacre’, says Duterte
Hidilyn shoots not only for gold but also for permanent place in PH sports history
Duterte acclaims Sotto: ‘He can become a good vice president’
Don't miss out on the latest news and information.