Sinas hopes there won’t be physical rallies during quarantine period 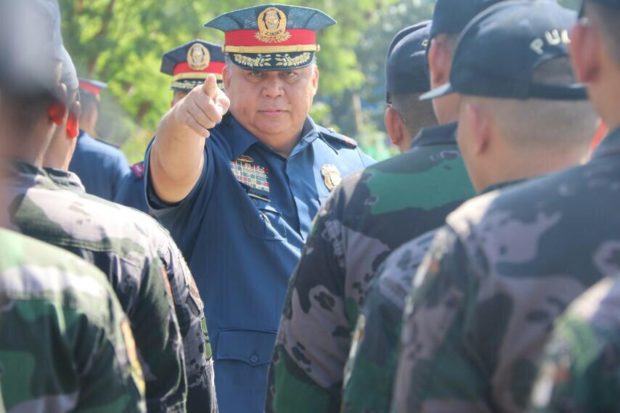 MANILA, Philippines — “Kung ako tatanungin, kung pwede huwag na talaga sanang mag-rally (If I will be asked, I hope there won’t be rallies if possible).”

During the hearing of the House committee on good government and public accountability, Sinas, who was earlier criticized over a mañanita held on his birthday, was asked about the measures being implemented by the police force during the rallies held during the quarantine period.

(Because if there are rallies in the street, it will be an obstruction to pedestrians. And this will be an extra work for us because we will be transporting our men to and from areas that we will be monitoring.)

According to Sinas, wearing of face masks and observance of social distancing protocols remain as a requirement for those who wish to stage rallies.

Sinas said that during President Rodrigo Duterte’s State of the Nation Address on July 27, there was an agreement that no rallies would be held in major roads near Batasang Pambansa Complex such as Commonwealth Avenue as well as other parts of Metro Manila.

Rallies, however, were instead held inside the University of the Philippines-Diliman.

“Nakapunta sila sa UP, may sariling administration kasi ang UP. So when we contacted UP, they allowed it sa lugar nila for whatever reasons,” Sinas said.

(They were able to enter UP because the university has its own administration.)

(So the agreement was, if UP allowed them and it has its own police, we blocked them at the gate and asked them not to go beyond the campus.)

Sinas said measures are also in place to protect members of the police force that are manning the rallies.

(The protection of our men, we use our field uniform plus we issued a raincoat that serves as PPE at the same time.)

“The cases are spiking and they just keep protesting,” Duterte said, speaking partly in Filipino, in a taped speech televised.

“Those in the left, if you want to protest, go ahead. I myself will sign the permit. But if you ask for three days, I will get mad. Make it 10 days, [curses], you will pay. Protest to the high heavens,” the President added.