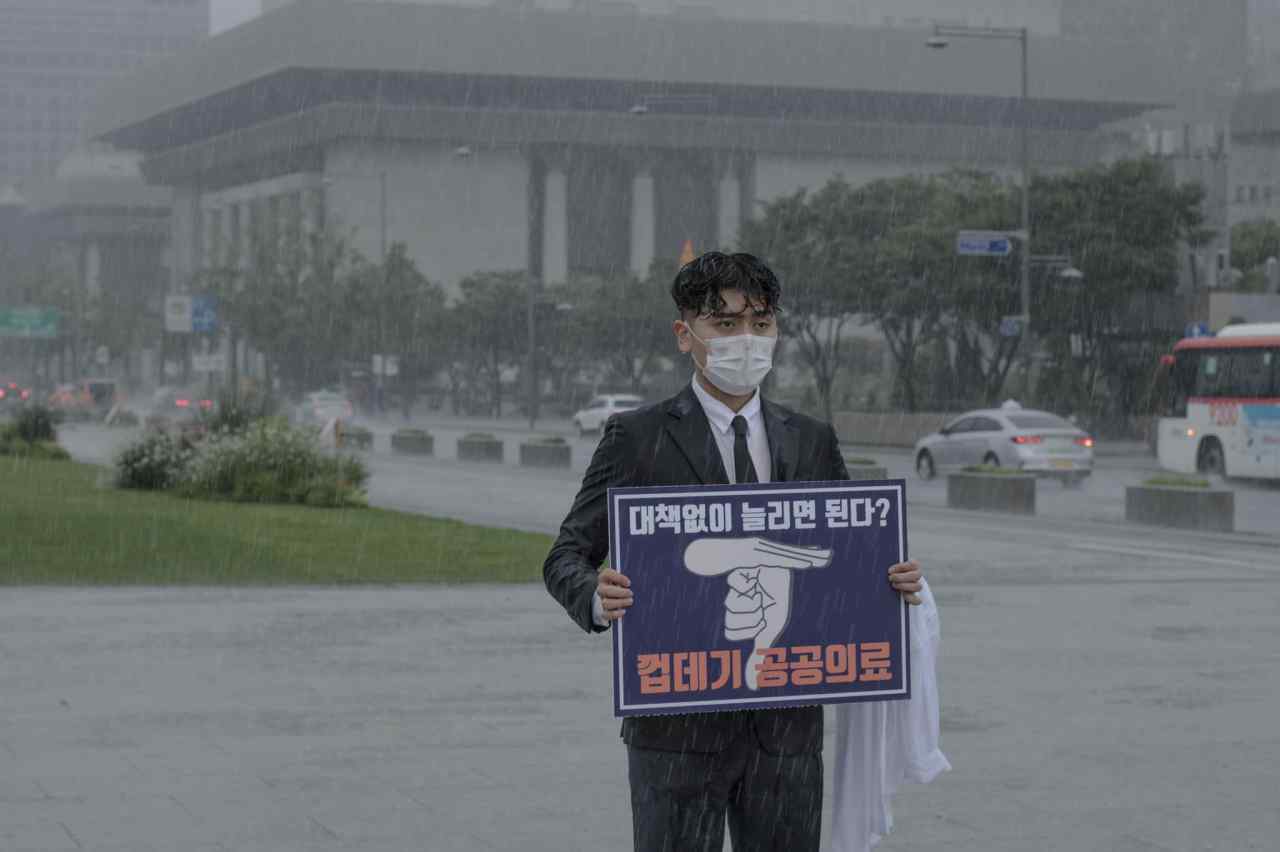 SEOUL — Doctors in South Korea said over the weekend they would stage a walkout in protest of the government’s health care reform bills that seek to transform the way the country recruits and manages its health care workforce.

The Korean Medical Association, which is the largest trade union for doctors here, said in a statement that the doctors would strike on Aug. 14 if their concerns over health reforms are not addressed by the government.

“The administration pushed forward a series of reforms in the medical system in an arbitrary fashion while doctors are occupied on the frontline fighting the outbreaks,” the statement said.

According to the plan drawn up by the ruling Democratic Party of Korea and the Cabinet last month, at least 4,000 additional medical students will be recruited over the span of 10 years starting from 2022. This translates to a record 13.4 percent increase in the number of doctors. In addition, more public medical schools will be set up, the graduates of which will all be deployed in regions outside the Seoul area.

The government plan for producing future generation of doctors is met by opposition from doctors who say more doctors will not lead to better health care service.

“The Ministry of Health and Welfare believes increasing the number of doctors will increase the availability of health care services. But Korea does not need more doctors,” said a medical association in North Jeolla Province in a press release. “Korean medicine is suffering not from a shortage of doctors, but their uneven distribution across specialties.”

Estimates provided by the doctors’ group show Korea’s physicians per capita is increasing at an yearly rate of 3.1 percent, which is about 6 times the Organization of Economic Cooperation and Development average rate of 0.5 percent. Coupled with a sharp population decline, Korea is projected to have about 3 doctors for every 1,000 people by 2026, the group added.

Junior doctors and medical students said they would walk out of their practices for a day on Friday, in what would be the first health care worker strike during the coronavirus crisis.

“The right questions to ask are how to incentivize students’ interest in medical specialties that are more stressful but less compensating,” they said. “Concentration of resources in Seoul is not a health care system’s problem alone. Increasing the supply of doctors will only invite a new set of problems and exacerbate existing ones.”

In a briefing held Monday morning, the Health Ministry’s director general for public health policy Yoon Tae-ho vowed to “initiate talks” with the health care community to prevent a possible disruption in care.