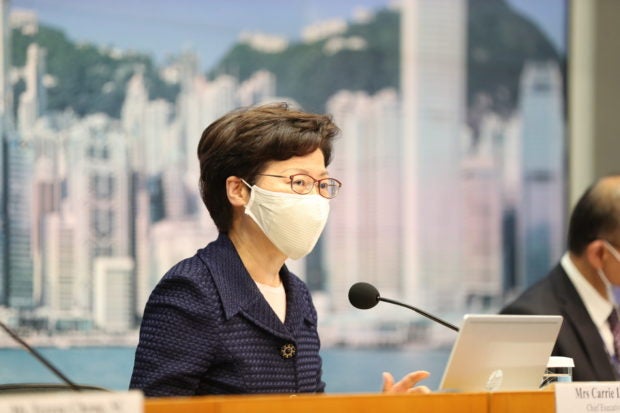 In announcing what she called “the hardest decision” she’s had to make over seven months of combating the coronavirus, Lam stressed it was necessary to protect public health and ensure the fairness of the election.

The announcement at a news conference came on the same day the city recorded 10 consecutive daily reports of COVID-19 infections surpassing 100 cases, bringing the total to 3,272. Over half of the tally was reported between July 8 and Thursday, which is more than 1.4 times the 1,300 cases reported for the first six months.

Hong Kong is facing the most serious outbreak since January, posing a serious challenge to the public hospital system, which has reached a breaking point, Lam said.

Given the seriousness of the situation, if the election were held as scheduled, its fairness could not be ensured, and the safety of voters, candidates and staff would also be endangered, she said.

The outbreak will also cause a great impact on election activities, Lam said. Contagion management measures such as border controls and limits on gatherings would also affect election activities. She added that the central location to be used for counting votes, the AsiaWorld-Expo, is being used for a temporary medical facility.

Lam also said the government looked at overseas experiences before making the decision to postpone the elections. From Feb 21 to Sunday, at least 68 countries and regions postponed elections due to the pandemic, according to the International Institute for Democracy& Electoral Assistance, a global-intergovernmental organization.

Lam said she will invoke the power conferred by the Emergency Ordinance to implement the decision. She also said she has submitted an emergency report to the central government on the expected vacuum in LegCo operations as a result of the decision. Legislators’ current term ends on Sept 30. Delaying the election until Sept 5, 2021 could cause a vacuum if no action is taken.

In a statement, the central government expressed support for the decision, adding it will ask the Standing Committee of the National People’s Congress to handle the Leg-Co vacuum.

In a statement on Friday night, a spokesman for the Electoral Affairs Commission, an independent body that oversees elections, said going ahead with the election would pose a grave infection risk because social distancing would be difficult.

In separate statements, the Hong Kong and Macao Affairs Office of the State Council and the Liaison Office of the Central People’s Government in the HKSAR said the decision was “reasonable and legitimate”.

They said the postponement arises out of a practical need, responds to mainstream opinions and is in line with the common practice of other countries.

The offices reiterated that the central government has attached great importance to Hong Kong’s contagion situation and will offer all necessary aid to the city to overcome the virus.

At the request of the SAR government, the central government has decided to dispatch mainland experts to Hong Kong to facilitate full-scale virus testing and the building of makeshift hospitals, according to an official statement on Thursday.