Stranded in the city: A mother’s story

MANILA, Philippines — It took the four-month-pregnant Lilibeth Avila 20 days before she could embrace her children again.

During that time, the Avilas, residents of Valenzuela City, were shuttled to and from temporary shelters along with other initial beneficiaries of the government’s “Hatid Tulong” program, under which persons trapped by travel restrictions brought by the COVID-19 pandemic—or locally stranded individuals (LSIs)—are transported back to their home provinces.

On July 3, Lilibeth, her husband and their four daughters received a text message from Hatid Tulong telling them to proceed to Quirino Grandstand in Manila to avail themselves of the program. Short of cash for transportation, they asked the Valenzuela City government for help but did not receive any response. They eventually managed to borrow money and raised P2,000 for a hired vehicle. 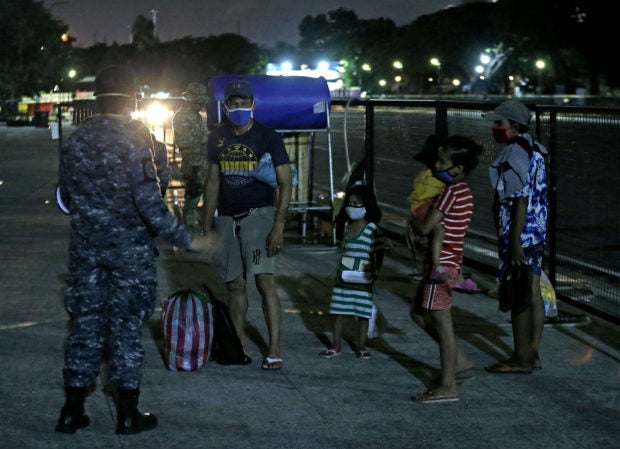 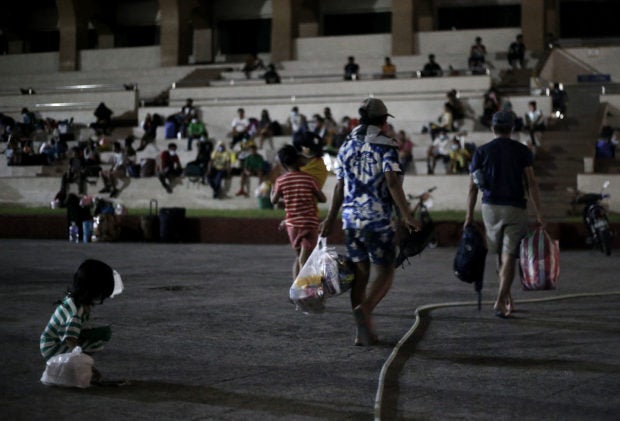 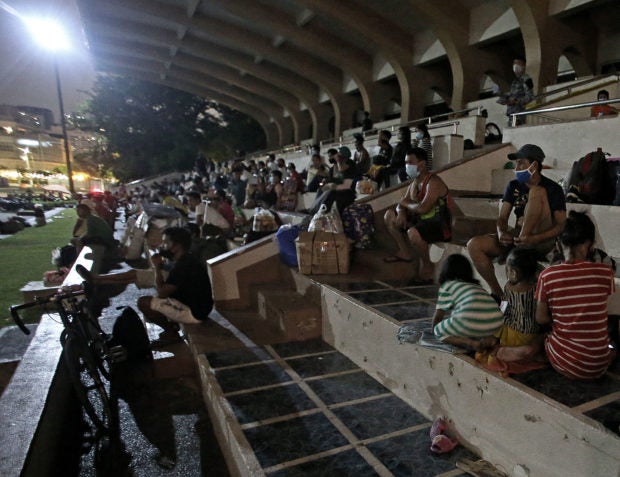 SEPARATION The Avila family members spend the night at Quirino Grandstand in Manila on July 6—except the mother, Lilibeth, who has to stay at a quarantine in Pasay City. —PHOTOS BY RICHARD A. REYES

At the grandstand, they went through rapid testing for the new coronavirus the following day. She tested positive and had to be separated from her family.

After a swab test, Lilibeth was brought to Pasay City where, alone in the container van that had been converted into a government quarantine facility, she could only wonder where her family was.

Meanwhile, her husband Esteban and their kids, along with other LSIs, were taken from Quirino Grandstand to the Philippine Army gym on July 6, then Villamor Airbase Elementary School on July 7, back to Valenzuela on July 10, and then back to the Army gym on July 22, where they were joined by the second batch of Hatid Tulong beneficiaries.

Uncertain of when they would make it home, the LSIs held in their arms the stuff they considered essential—sleeping mats, unwashed clothes and stuffed toys.

On July 8, Lilibeth was brought to the Army gym where her family had stayed earlier. She had yet to get the result of her swab test, and relied only on the word of health workers that she was negative for COVID-19, along with the other LSIs.

On July 22 at the gym, the Avilas laid eyes on one another again. But security protocols prevented Lilibeth from even approaching her loved ones: She was held on the second floor; her husband and children stayed in a room near the ground-floor entrance. 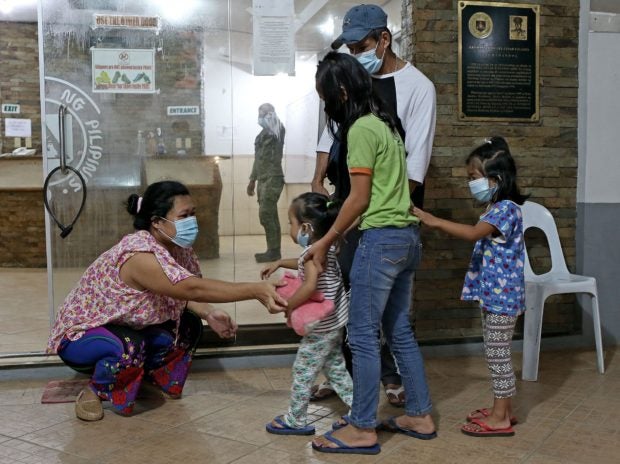 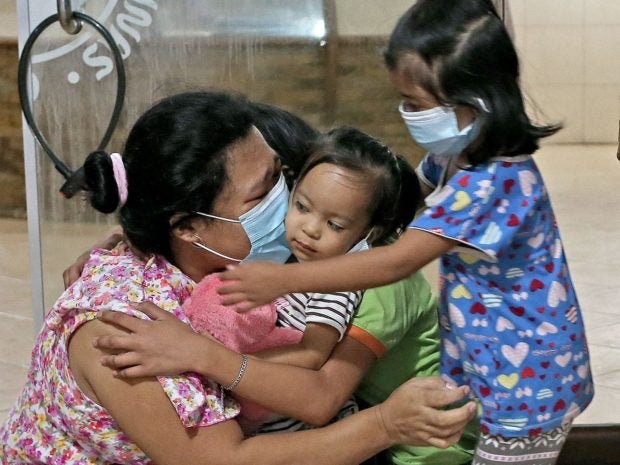 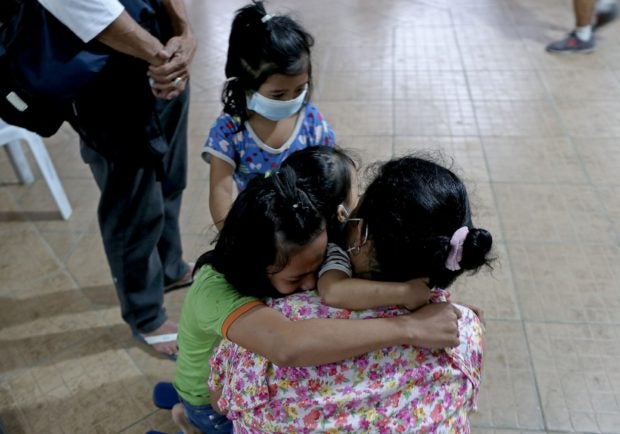 TEARFUL REUNION Lilibeth Avila finally gets to embrace her children after being separated from them for 20 days. The Avilas had to be moved to different shelters along with other beneficiaries of the government’s “Hatid Tulong” program.

Finally, on July 25, Lilibeth received a certificate stating that she had tested negative of the virus and allowing her to reunite with her family. Weeping, she said she thought that she would never be able to embrace her kids again.

That night, the Avilas boarded a bus that was to take them home to Caburan, Davao Occidental. Equally hopeful were at least 10,000 other LSIs who, under the auspices of Hatid Tulong, left Metro Manila where COVID-19 cases continued to surge.

After almost-endless pit stops, the Avilas arrived at Tagum Sports Complex in Davao del Norte at 2 a.m. on July 28. At 1 a.m. on July 29, they were collected by local government officials for the trip to Caburan.

They arrived at Caburan Elementary School at 4 p.m. on July 29. All of them had undergone swab tests. The results are tentatively expected on Aug. 3. Their quarantine is due to end on Aug. 12.

Esteban Avila, a trailer truck driver, hopes to find employment as soon as they are settled. He will turn to farming if his efforts prove futile.

Read Next
Cory Aquino crowd marks 11th death anniversary online
EDITORS' PICK
Smart 5G goes live
Water remains our saving grace right now
PNP: Checkpoints back in MECQ areas
Been there, done that but what’s the difference between MECQ and GCQ?
BREAKING: 3,226 latest COVID-19 cases bring PH’s total to 106,330
A gem of a residence in the new normal
MOST READ
MECQ guidelines in infographics
Doctors group to Duterte: ‘There was never a call for a revolt’
MECQ in NCR, other areas: Mass transportation suspended, quarantine pass required anew
Duterte heeds frontliners’ plea, reimposes MECQ in Metro Manila, other areas Aug. 4 -18
Don't miss out on the latest news and information.