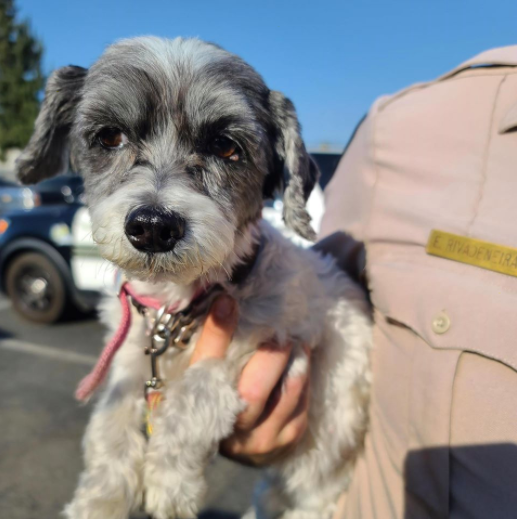 Boomer the dog was rescued inside a vehicle. Image: Facebook/@RCSD.Official

Authorities reminded the public to never leave children or pets alone in a vehicle—not even for just a moment—after a pet owner was arrested for animal cruelty for leaving their dog inside the car while ithe temperature outside was 37.2 degrees Celsius.

A concerned citizen in the United States apparently heard the small dog, named Boomer, yelping inside a vehicle on Tuesday afternoon, as per the Riverside County Sheriff’s Department’s Facebook page last Wednesday, July 29.

Since the dog appeared to be under a lot of stress and was not moving, the passerby rescued Boomer from the vehicle.

When the deputies arrived, Boomer was placed inside an air-conditioned patrol vehicle. The authorities also checked the temperature inside the car, which was up to 130 degrees Fahrenheit (54.4 degrees Celsius).

“Temperatures inside a closed vehicle can reach more than 120 [degrees Fahrenheit] (48.8 degrees Celsius) within minutes, even with the windows partly opened on a cloudy day,” the sheriff’s department said. “Exposure to such high temperatures can quickly kill a person or pet.”

“A body temperature of just 107 [degrees Fahrenheit] (41.6 degrees Celsius) may cause brain damage or death from heatstroke,” it added.

Yesterday afternoon, a small dog was heard yelping from inside of a vehicle. A passerby immediately became concerned…

The authorities then explained that pets, livestock and horses are prone to experiencing difficulties due to the hot weather.

“Animals do not perspire and rely on panting, wetting down, shade, cool earth and drinking water for cooling,” the departments said. “Animals cannot explain their needs, so it is up to people to ensure that their needs are met, especially during periods of extreme or prolonged heat.”

Boomer has since been relocated to an animal shelter located at San Jacinto, California.  /ra