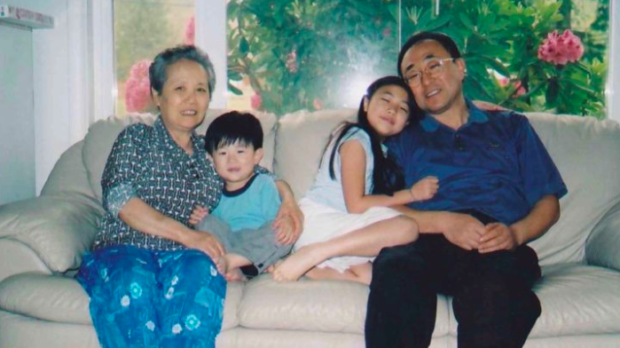 After the new coronavirus infected everyone in a college student’s household in the United States—taking the life of, first, her grandmother, then her father and eventually her mother—the 22-year-old woman is left to care for her 17-year-old brother.

Hannah Kim, who lives in Koreatown in Los Angeles, California, narrated how her grandmother first became ill with COVID-19 before her parents began showing symptoms, as per Fox-owned KTVU yesterday, July 30.

Her grandmother passed away in April, followed by her father on May 21. After battling the disease for two months, her mom lost her fight with the virus, too, on July 14.

Kim and her brother, Joe, also tested positive for the disease. Aside from losing their sense of smell, the two did not have any other symptoms.

As part of the multiservice organization Koreatown Youth and Community Center’s “Gen by Gen project,” Kim documented her family’s journey from April until May, as per KQED on May 30.

Kim stated that her family took her grandmother out of a nursing home last April as COVID-19 cases continued to increase in such facilities. Her grandmother, who had dementia, had been in Olympic Convalescent Center for five years prior.

When the grandmother moved in, they cramped her bed in the living room of their two-bedroom apartment. Since she could not walk, speak and go to the bathroom all by herself, the student and her mother nursed the elderly in the house.

On May 11, three weeks after Kim’s family took her grandmother home, the student said that things “drastically changed” in the household, especially since her grandmother died of COVID-19.

The student’s father called an ambulance for himself right after her grandmother was confined in the hospital on April 27. According to Kim, the last time she saw her father was when he entered that vehicle.

Meanwhile, her mother was also beginning to feel unwell by then. The daughter took her mom to the emergency room, only to be sent home again because there were no more beds available for her mom.

After experiencing vomiting and coughing up blood, Kim’s mother was finally admitted to the hospital the next day.

Kim and her younger brother were left home alone and worrying about various bills. Their grandmother was cremated and her ashes were sent to New York, where there is a burial spot for her next to her grandfather.

Things seemed to be improving for Kim’s mom by May 29, as she was released from the intensive care unit (ICU).

However, not long after, she was once again returned to the facility due to her declining condition. The virus caused irreplaceable damage to her lungs so that she needed to have a lung transplant.

“After initial evaluations, doctors told us that my mom, unfortunately, wouldn’t make it out alive if she were to get the surgery,” she via Instagram on July 19. “Her lungs were hardening because of tissue damage from COVID-19 even though she was declared negative a month ago.”

Hello everybody. First of all, I would like to say thank you to everyone who has shown my family so much love and support these past three months. It has truly been a traumatic time in our lives as it has been for many others.
Many people have been asking for an update about my mother. A few weeks ago, she was admitted to USC Keck Hospital as a potential lung transplant candidate. After initial evaluations, doctors told us that my mom unfortunately wouldn’t make it out alive if she were to get the surgery. Her lungs were hardening because of tissue damage from COVID-19 even though she was declared negative a month ago.
On July 14th, my mother passed away. The ventilator was her life support and her body couldn’t keep up. It seriously pains me to write this update, especially because so many of you have been rooting for her.
I ask that everyone please grant me some time and space to process and take care of family matters. Thank you all again for your sweet messages and support. To see any previous updates, please refer to my family’s GoFundMe page. Link in bio.

“The ventilator was her life support and her body couldn’t keep up,” she added. “It seriously pains me to write this update, especially because so many of you have been rooting for her.”

Kim asked for space and time to grieve for her mother and other family members.

A fundraiser has, meanwhile, been put up by some of Kim’s loved ones to help the two siblings with the piling bills and expenses. Cha Lino /ra