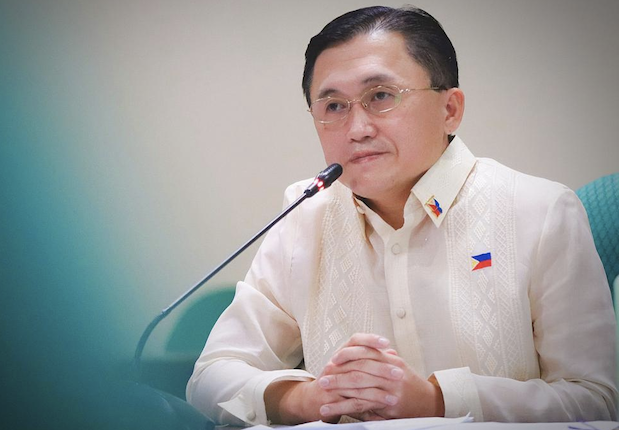 MANILA, Philippines — Sen. Christopher Lawrence “Bong” Go continues to support the call of President Rodrigo Duterte for the reimposition of the death penalty.

“I give my full support to the President’s renewed call for the discussion of the return of the death for heinous crimes involving illegal drugs,” Go said in Filipino in a statement issued on Wednesday. “We will further strengthen the campaign against illegal drugs and other menaces in society. As the President said, freedom from illegal drugs, terrorism, corruption and criminality is, in itself, a human right.”

In his fifth State of the Nation Address (SONA) last Monday, the President repeated his desire for the swift passage of a law reviving the death penalty by lethal injection for crimes specified under the Comprehensive Dangerous Drugs Act of 2002.

“This law will not only help us deter criminality but also save our children from the dangers posed by illegal and dangerous drugs,” the President said, pointing out that drug dealers continued to operate despite the problems inflicted by the COVID-19 pandemic on the country.

The millions of pesos worth of illegal drugs seized in recent police operation drugs  “speak volumes of the enormity and weight of the problem that we bear,” Duterte added.

Last year, Go filed Senate Bill No. 207, seeking to amend Republic Act No. 9346, which abolished the death penalty, and have it reimposed for heinous crimes involving illegal drugs and plunder.

In the explanatory note of the bill, Go explained: “The proliferation of heinous crimes ignited the call for a tough and definitive stance against crimes that have plagued the security and development of the nation.”

The bill also emphasized the suffering that illegal drugs had brought to families.

Meanwhile, Go also commended the President for assuring the public that this administration would continue to fight corruption and hold accountable those who had taken advantage of the fear and confusion brought by the pandemic.

“As the President said, this is a time for caring and unity. We will not allow that there will be people who take advantage and abuse others especially in this time that our countrymen are suffering,” Go stressed.

“Those who steal funds intended for the people in these trying times, those who make money from donations, those who sell overpriced medicines and medical supplies while the health sector is in crisis — please listen to your conscience. There will come a time that you will have to be held responsible and you will rot in prison or in hell,” he added.

Go also commended the government’s efforts to ensure peace and stability in Southeast Asia. He reiterated the President’s stand that by pursuing an independent foreign policy would allow the Philippines to claim its rightful place in the community of sovereign states.

Go echoed the President’s appeal in his SONA for cooperation amidst these trying times.

“Let us trust and cooperate with a government that has always been looking after you. We will continue to serve, and we will prioritize your interest, welfare, and your life,” he said. “We will get through this trial together, in the hope of giving  every Filipino a brighter future.”