PH Army pushing through with plan to get 52 new boats for war on terror, disaster work 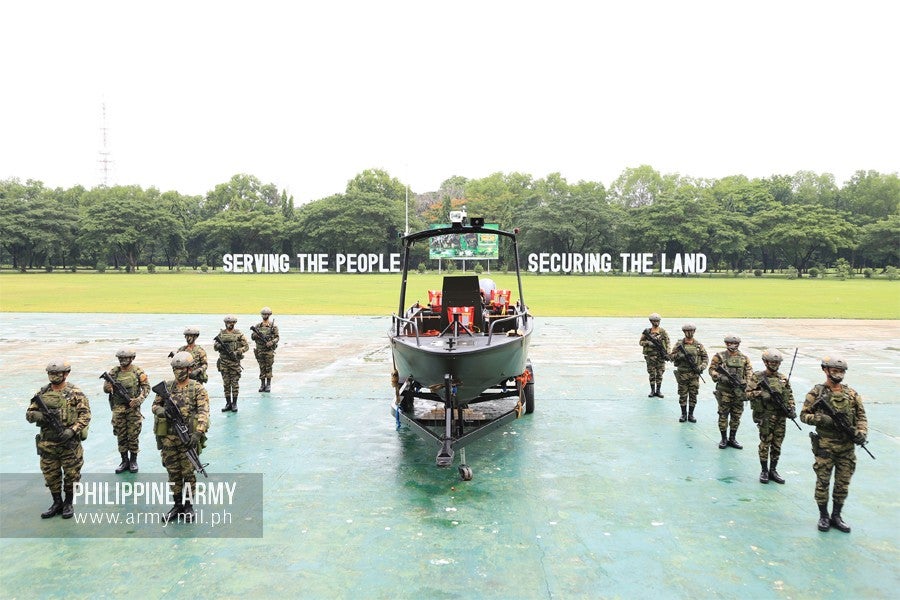 The Philippine Army plans to acquire 52 scout boats for its counterterrorism and disaster operations./ OACPA

MANILA, Philippines—The Philippine Army is pushing through with a plan to acquire at least 52 scout boats for use in counterterrorism and disaster operations.

Army spokesperson Col. Ramon Zagala told INQUIRER.net that the deal for the light boats was still up for bidding.

On Tuesday (July 28), the Army unveiled a sample of the light boat, which was also turned over to the Special Forces Regiment (Airborne), the unit specializing in riverine operations.

The boat was built by Stoneworks Specialist International Corporation based in General Trias, Cavite.

“It’s a sample of what it would look like,” Zagala said.

The Army sees the light boats as augmenting existing inventory of boats and sea vessels for patrol and troop insertion operations.

Each boat is expected to carry at least eight soldiers carrying full battle gear and run at a minimum speed of 25 knots. The cost of each boat is estimated at P3.5 million for a total of P182 million for 52 boats, Zagala said.