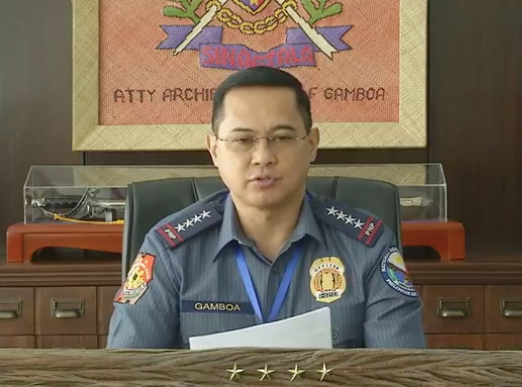 MANILA, Philippines — If Philippine National Police chief Gen. Archie Gamboa had his way, the proposed revival of death penalty should be imposed for drug-related crimes involving the seizure of over 50 grams to one kilogram of illegal drugs.

“Siguro maglalaro dun from 50 grams to one kilogram (of illegal drugs). I think it is enough na dapat i-impose yung death penalty,” Gamboa said over ANC on Wednesday when asked who should be punished with death penalty.

(Maybe it would depend from 50 grams to one kilogram. I think it is enough that death penalty would be imposed.)

Gamboa noted that they conduct intensified surveillance in their drug operations if the drug offender carries a minimum of 50 grams of narcotics.

“In the campaign of PNP actually, ang ginawa kong sort of leverage for them is possibly to confiscate 50 grams and above. When you say 50 grams above it would entail a lot of work, a lot of surveillance and a lot of effort,” he said.

“With the intent of the executive even the President already told in the Sona (State of the Nation Address) that it is really for high-value individuals or high amounts of shabu confiscated so yes we agree,” Gamboa said.

Nevertheless, Gamboa said he leaves it up to the Senate and House of Representatives in crafting the bill to revive death penalty in the Philippines.

In his fifth Sona on Monday, Duterte renewed his call for returning death penalty through lethal injection for drug-related crimes.