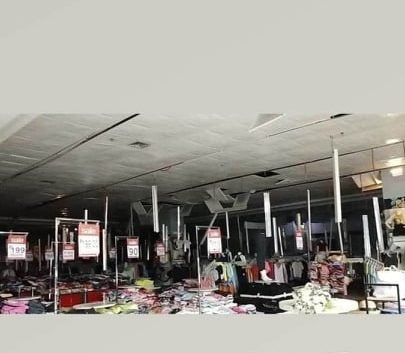 The damaged ceilings at the second floor of Gaisano Grand mall in San Francisco town in Agusan del Sur on Tuesday. PHOTO BY (NETIZEN) BOY TOMOY

The municipal disaster risk reduction center said the ceiling of Gaisano Grand Mall here collapsed during the quake which registered at Intensity 6 in the two Agusan del Sur towns, according to the Phivolcs earthquake bulletin.

Mall goers and workers were barred from entering the shopping mall on Tuesday although some workers managed to get inside and take pictures of the damage before the mall’s supposed opening time at 9 a.m. on Tuesday.

Photos posted on social media showed the mall’s damaged ceiling on the building’s second floor, fallen mannequins and food items scattered on the floor after these fell from grocery racks during the shaking that lasted 5 to 10 seconds, disaster officials said. 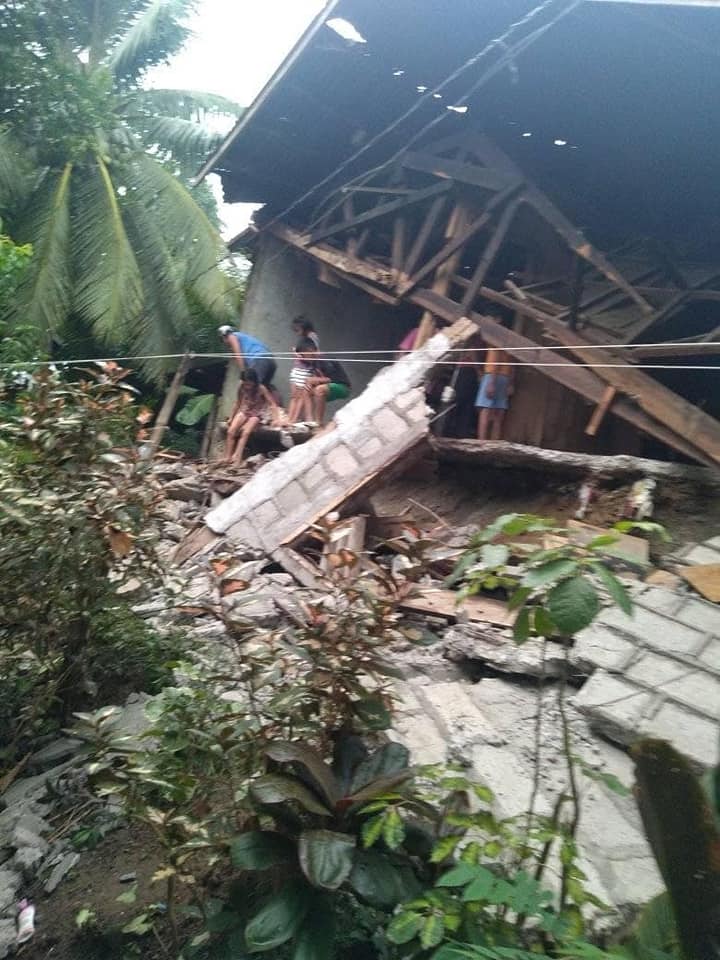 A worker said the mall would be closed until a company engineer from Davao City has checked its safety.

In Talacogon town, part of the house of Elmer Batisting in San Agustin village crumbled at the height of the tremor. Families who were living in the house were able to run to safety outside.

Batisting said 13 people lived in the boarding house built in 1976.

In Surigao del Sur, Col. James Goforth, provincial police director, said no major damage had been reported on buildings and shelters of Bayabas town, the epicenter of the quake.