MANILA, Philippines — Senate members consciously made the effort to practice social distancing when it came to their traditional “class photo” at the opening of the second regular session of the 18th Congress on Monday. 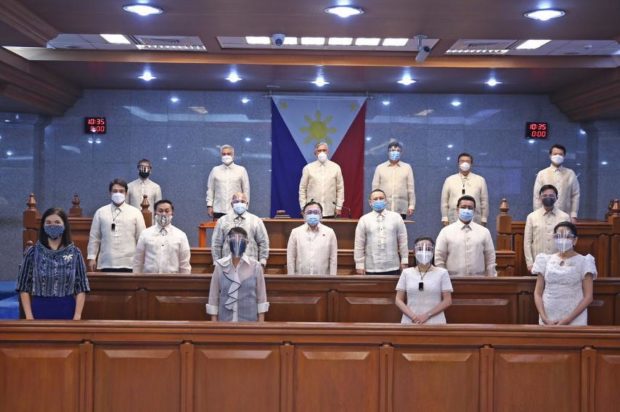 Aside from physical distancing, 17 out of the 24 senators also complied with COVID-19 guidelines as they were seen wearing face masks. Five out of the 17 senators, meanwhile, were also spotted donning visors. 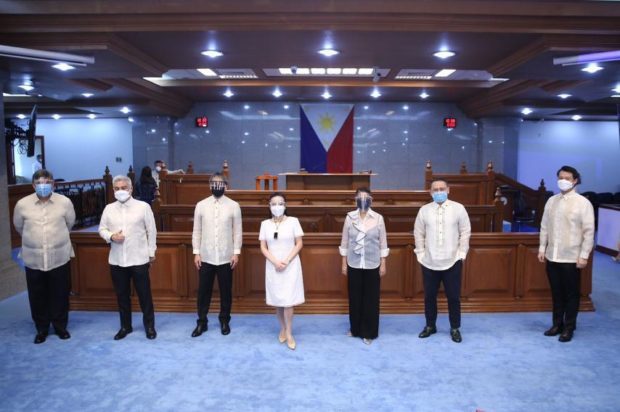 The Senate opened its second regular session of the 18th Congress on Monday, hours ahead of President Rodrigo Duterte’s State of the Nation Address (SONA).

Due to circumstances caused by the COVID-19 pandemic, only eight senators will be physically attending Duterte’s Sona later on.