Gov’t has done enough within its means to combat COVID-19, says Andanar

MANILA, Philippines – The government has done “enough within its means” to address the coronavirus disease 2019 (COVID-19) pandemic and that many Filipinos expressed satisfaction in its response to the pandemic, Communication Secretary Martin Andanar said. 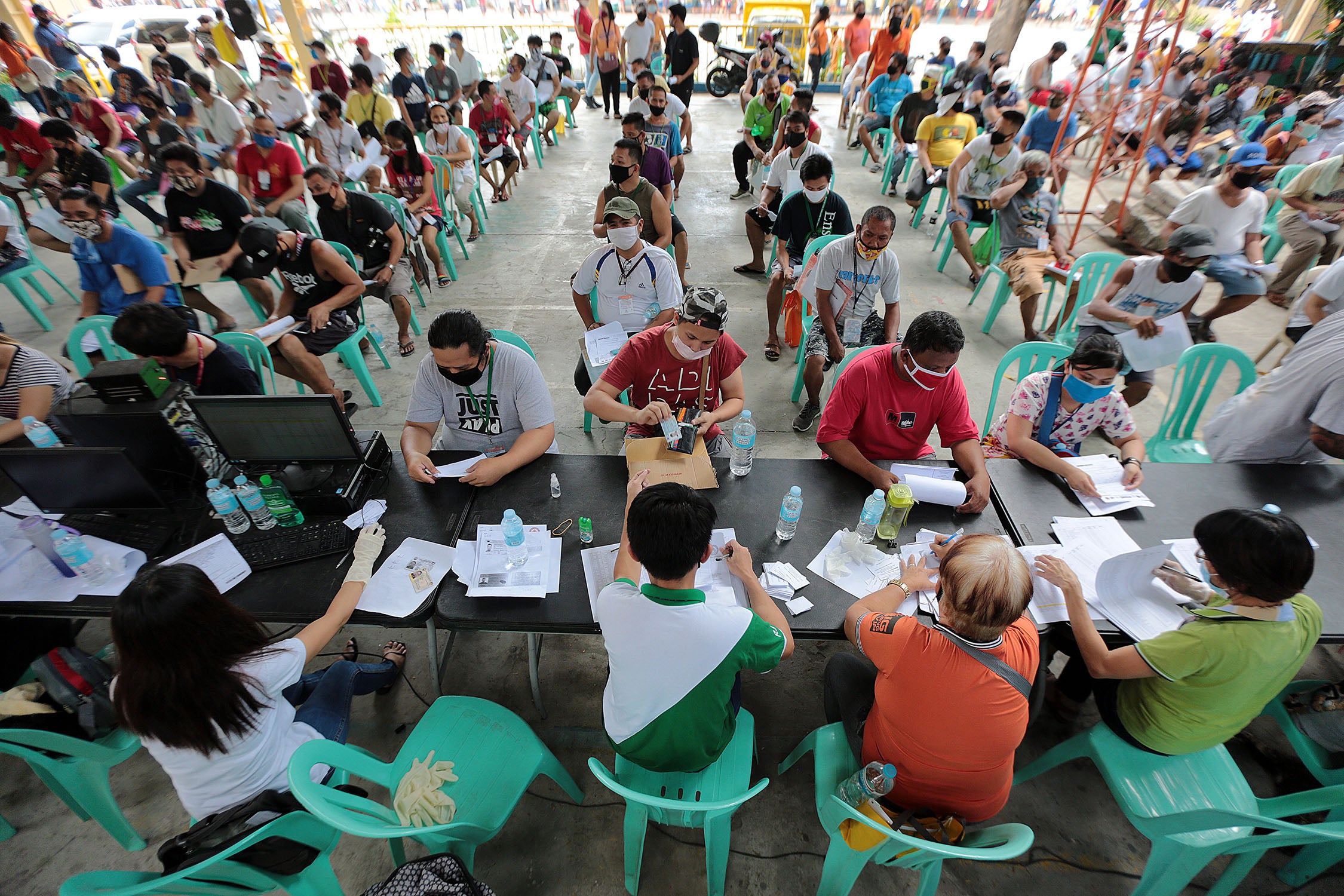 ‘AYUDA’ – Quezon City residents wait in line in a school at Barangay Tatalon for cash aid under the government’s social amelioration program, in this photo taken on May 5, 2020. (GRIG C.MONTEGRANDE)

While stressing that the government does not have an “infinite budget,” Andanar underscored that it was able to extend assistance to Filipinos through the social amelioration program.

“Mind you, that the social amelioration program is itself by far the biggest program that has given a very wide social net in terms of assistance to the public,” he said.

Under the program, the government gave P5,000 to P8,000 cash assistance to some 18 million families. The second tranche is ongoing.

Andanar admitted that government efforts are “not perfect,” but claimed that the public expressed satisfaction with what it has so far done to combat the health crisis.

“We have programs that the government has implemented in the last few months to address the huge problem of the pandemic. It’s not perfect. But the entire world is grappling with this problem,” Andanar said.

“Following the immediate and efficient response of the Duterte administration against COVID-19, majority of the Filipinos have expressed their satisfaction as I mentioned earlier with our performance in handling the COVID-19 pandemic,” he further said, citing results of a poll by the Philippine Survey Research Center.

President Rodrigo Duterte is to deliver his fifth State of the Nation Address (SONA) on Monday.

Malacañang earlier said the President is expected to unveil the government’s COVID-19 recovery roadmap during his SONA.