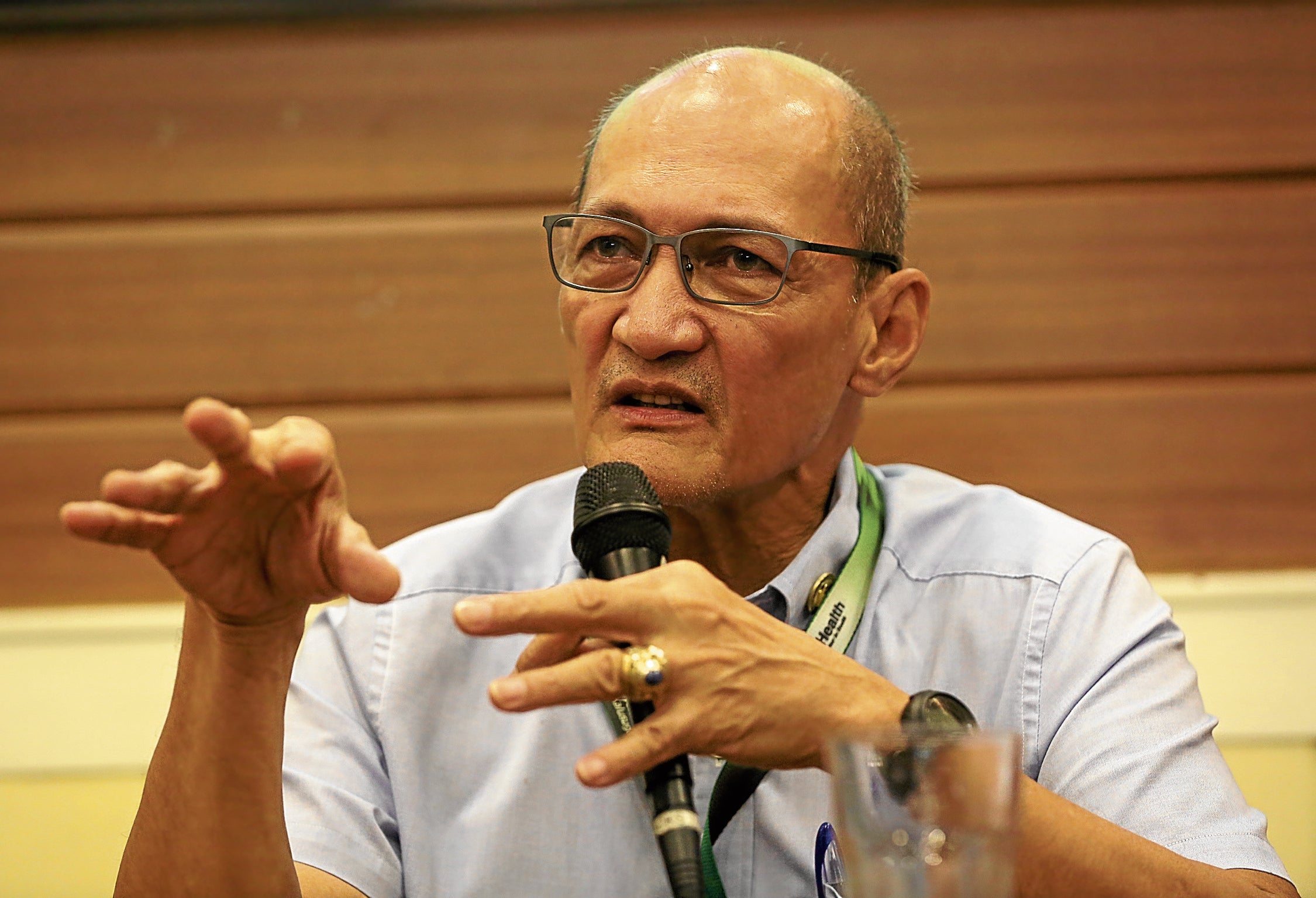 “Yes, I am considering the suggestion,” said Morales in a virtual press briefing on Sunday, referring to the advice of Senate President Vicente Sotto III that PhilHealth officials may consider going on leave to show “delicadeza.”

Sotto’s recommendation came on the heels of new corruption allegations against the state health insurer that was triggered by the resignation of Thorrsson Montes Keith, an antifraud legal officer for PhilHealth who cited “widespread corruption” in the agency.

In response, Morales said Keith must present evidence to prove his allegations.

Lacson on Sunday said Morales should just resign if he could not “credibly refute” the latest string of corruption allegations against PhilHealth.

Lacson said he believed “at face value” the allegations based on documentary evidence of several irregularities in the state-run corporation.

He said the government’s failure to prosecute PhilHealth officials involved in fraudulent activities in the past was to blame for the unabated massive anomalies in PhilHealth.

“Nobody has been jailed. They were just asked to resign and that’s it,’’ he said.

He noted that Rodolfo del Rosario Jr., who was tagged by presidential spokesperson Harry Roque as among those responsible for the proliferation of the “ghost” dialysis patients scam, had remained as senior vice president for legal sector of PhilHealth.

Dr. Roy Ferrer, on the other hand, was recently designated by President Duterte as assistant health secretary despite the fact that he was forced to resign as acting PhilHealth president and CEO last year due to his alleged involvement in the fund anomalies.

Asked about findings of the Commission on Audit (COA) that the proposed P2.1-billion information technology (IT) project of the agency was “anomalous,” Morales said the project had not been audited by the COA as it had yet to be implemented.

He added that the PhilHealth board would still decide whether to push through with the project.

Morales said corruption in the agency could not be solved immediately even if the PhilHealth president were changed every month.

“In fact, a rapid and wholesale turnover of executives will exacerbate, not mitigate, the problem,” he said.

“Resolution will not appear overnight and will require some stability in the organization. Reform does not happen overnight,” he said, adding “Of course, the corrupt and incompetent will have to be identified and punished.”

Morales said this was because the overall problem at PhilHealth was “deep-seated and long term.”

“[This is] a problem that is difficult or impossible to solve for at least four reasons: incomplete or contradictory knowledge; the large number of people and opinions involved; the large economic burden; and the interconnected nature of these problems with other problems,” Morales added.

Another factor that affects PhilHealth’s development of a management information system “is the flawed emphasis on cost-saving rather than on achieving a robust, fully integrated and harmonized info system containing clean and complete membership data.”

He said a balance should be found between economy and efficiency. “Our approach, so far, has not been balanced.”

“[I]f we are going to spend P240 billion next year, P19.6 billion of that will be lost to fraud in a single year. Common sense and the experience in other countries indicate that an efficient information system will significantly reduce losses,’’ he said in a statement he read during the virtual press

“In other words, if PhiHealth wants to reduce its losses to fraud and inefficiencies by developing a robust information system it can spend up to P19.6 billion for this and still come out ahead. Seen in this light, an IT budget of P2.1 billion over three years is indeed foolish,” he added.

On verge of failure

According to him, the agency’s 2018-2020 Information System Strategic Plan is on the verge of failure.

“Out of the P2.1 billion budget for capital outlays, only P327.8 million was approved for ICT and only P101.2 million for awarding, and the rest is under ongoing procurement,’’ he said, noting that the program has only six months left.

“Instead of getting Google or Microsoft as development partners, we are forced to deal with fly-by-night mom-and-pop neighborhood computer shops or failed bids because of our minuscule budget allocation,” Morales added.