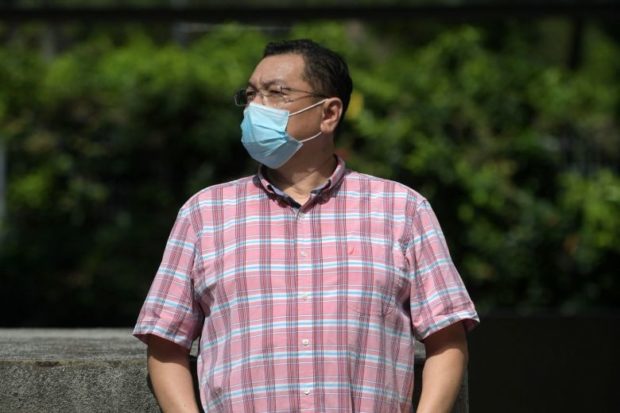 Mr Ben Ng hallucinated continuously and lost track of time during his 13 days in the intensive care unit. After his discharge, he had several flashbacks and saw himself lying in the ICU bed with people asking questions. The Straits Times/Asia News Network/ALPHONSUS CHERN

There, he experienced the terror of ICU delirium, when he hallucinated continuously and lost track of night and day.

Little did he realize that the mental toll of the harrowing experience would continue long after he was declared free of the virus and discharged later that month.

In the beginning, the flashbacks of his time in the ICU came thick and fast.

“I could see myself lying in the ICU bed, and I remember people asking me questions. It happened throughout the day and every day. It was quite bad in the first two months,” he tells The Sunday Times.

After he was discharged, Mr Ng also experienced shortness of breath, which he noticed when he went out to buy groceries from the nearby supermarket.

“I found that when I walked a little faster or when I carried heavy stuff, I would start to pant,” he says.

“I had to sit down and rest at the void deck. It’s like my lungs haven’t fully recovered.”

Around the world, there are now more anecdotal reports of some Covid-19 patients suffering from lingering symptoms of the disease, such as shortness of breath and fatigue. Some also have problems focusing, and have headaches and dizziness. Others have heart palpitations and more.

Mr Ng, who is single, returned to his work in sales in early April, but that involved working from home, where he lives alone.

There, he found himself spending most of his time in front of the computer in his room.

“It reminded me of my ICU room, so I kept seeing myself with the tube inside,” says Mr Ng.

When he felt overwhelmed, Mr Ng would step out of his room for a breather, but it was tough.

“I told my boss I had this problem, so she allowed me to take short breaks every one hour and a half.”

There were days when he could not cope and his boss would let him take longer breaks of two to three hours.

“I actually wanted to see a psychiatrist, but it was the circuit breaker period. So I spoke to my family about it as the pressure was too great. It helps as you let it out, and it got better for me,” says Mr Ng.

He wanted a change of environment, but his request to work in the office was initially turned down as his colleagues were worried about him having to travel to work.

He returned to the office to work last month.

Experts have said that those who had been very ill with Covid-19 are at risk of developing psychological problems, including post-traumatic stress disorder, a psychiatric disorder that can occur in people who have experienced a traumatic event.

People are starting to notice that the disease can sometimes have lingering effects and some have formed support groups online.

Some are also reaching out to get help. In Britain, a rehabilitation centre dedicated to helping Covid-19 patients recover from the long-term effects of the disease opened in late May.

In late March, when Mr Ng shared his ICU experience with The Straits Times for an earlier report, he had described hallucinating about being in various scenarios while heavily sedated.

In one scene, he was staring at an empty office, and in another, words in Korean, which he does not understand, kept flashing at him.

Then there were alien creatures in the room. “You’re stuck in those scenes and you have no idea if it’s day or night or if you can ever get out of them,” he recalls now. 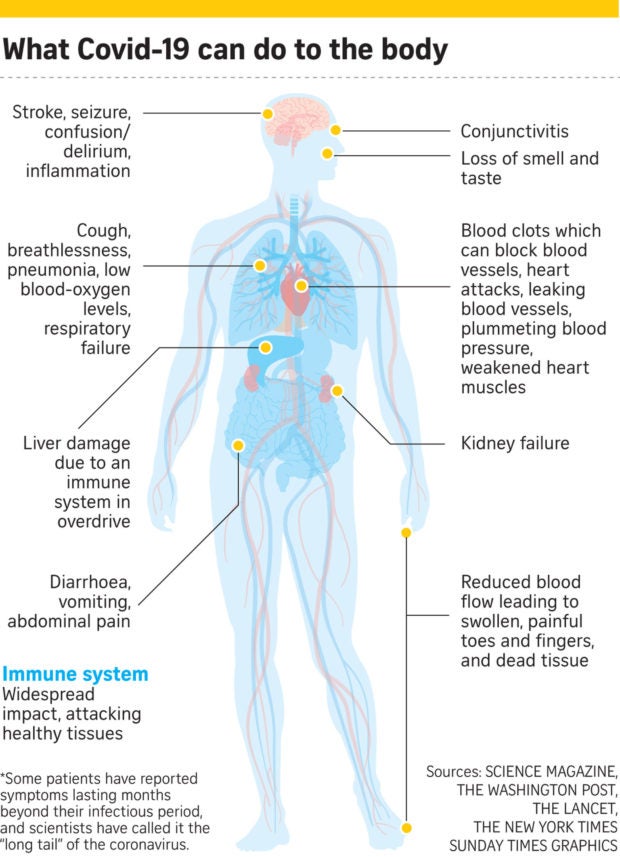 He still gets flashbacks, particularly when he reads news reports on Covid-19, but they are less frequent now.

“I just try to keep myself occupied. I don’t get so emotional like I used to,” says Mr Ng.

“Previously, I would feel the fear and think, ‘What if I didn’t wake up?’. You start to imagine it and it was quite negative. Now, I can control it better and not become gloomy.”

Mr Ng is also managing his physical symptoms better. “I can still feel the shortness of breath but it doesn’t tire me out so easily.”

He saw the gradual improvement around early last month when he panted less during evening walks.

“Previously, it took me an hour to finish my circuit walk. Now, I can finish this in about 40 minutes.”

He had “pockets of memory loss” on his discharge, but does not feel the brain “fog” now.

Mr Ng, who is happy to share his experience but prefers to keep a low profile for fear of the stigma attached to Covid-19, has developed new habits.

“The doctor I saw at the hospital told me that I won’t get infected again, but I read that the Covid-19 virus may mutate,” he says.

Thankful to have survived, he has also been making monthly deliveries of egg tarts and other pastries to Alexandra Hospital’s ICU team who had cared for him.

It has been about four months since he was discharged, and he is finally feeling more like his old self.

His habits of diligent cleaning and hand-washing may stick for a long while. There is also the stress he needs to manage, but he is feeling – and sounding – a lot more upbeat.

“The hospital doctor, after she saw my lung X-rays, told me I am very fortunate to be alive, as I also have underlying conditions. So, this is like a second life and it’s not something that everybody can have,” says Mr Ng, who has diabetes and high blood pressure.

“I want to tell people not to take this lightly. It can happen to anyone.”

In late April, when Mr Ng took his temperature – a habit he started during this pandemic – and found that it was slightly higher than the previous days, he panicked.

He quickly threw a new set of clothing, a disposable shaver, toiletries, a book and his iPad into an overnight bag.

“I thought I’ve to go back to the hospital. But then everything went back to normal at the end of the day.” His bag remains packed.

Read Next
Novel approaches for a novel coronavirus
EDITORS' PICK
‘NCR Plus’ to be under MECQ starting April 12 until April 30 — Palace
Pru Life UK receives four golden arrows for solid corporate governance
Pre-order the new vivo Y20s [G] to get a free TWS earphone
Malls adjust ‘NCR Plus’ operating hours for April 12-30 MECQ
Speed up your game with the new vivo Y20s [G]
Metro Manila to have shortened curfew hours from 8 p.m. to 5 a.m. under MECQ
MOST READ
Stop ‘creeping occupation’ of ‘militia’ boats in WPS, Pacquiao asks China
Bea Alonzo clarifies status of her relationship with Dominic Roque
Convicted former aide of Sen. Bong Revilla dies — BuCor
Locsin to China: ‘Then move out’
Don't miss out on the latest news and information.