FAA: Check engines on 737s that could shut down mid-flight | Inquirer News

FAA: Check engines on 737s that could shut down mid-flight

WASHINGTON — Safety regulators issued an emergency order directing airlines to inspect and if necessary replace a critical engine part on popular Boeing 737 jets after four reports of engines shutting down during flights. 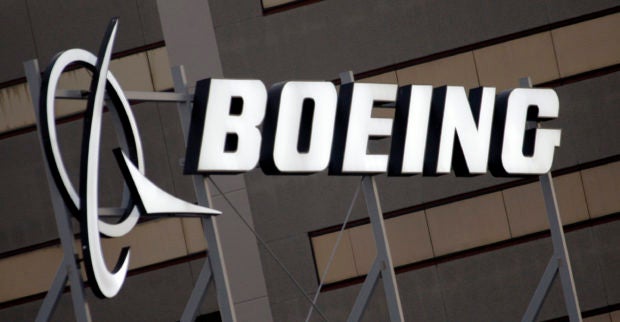 FILE – In this Jan. 25, 2011, file photo, is the Boeing Company logo on the property in El Segundo, Calif. Safety regulators issued an emergency order on Thursday, July 23, 2020, directing airlines to inspect and if necessary replace a critical engine part on popular Boeing 737 jets after four reports of engines shutting down during flights. The Federal Aviation Administration said its order affected about 2,000 twin-engine passenger jets in the United States. (AP Photo/Reed Saxon, File)

The Federal Aviation Administration said Friday that its order affected about 2,000 twin-engine passenger jets in the United States.

The FAA said operators must inspect any 737 that has been parked for at least seven days or been flown fewer than 11 times since being returned to service. That’s because of reports that certain engine valves can become stuck in the open position.

Corrosion of the valves on both engines could lead to a complete loss of power without the ability to restart the engines, forcing pilots to land somewhere other than an airport, the FAA said in the order, dated Thursday.

Chicago-based Boeing Co. said that with planes being stored or used less often during the coronavirus pandemic, “the valve can be more susceptible to corrosion.” The company said it is providing inspection and parts-replacement help to airplane owners.

Major airlines typically fly their planes several times a day. However, they parked hundreds of planes when the coronavirus pandemic triggered a collapse in air travel this spring and are bringing some of those planes back as passenger traffic has picked up slightly.

The FAA did not provide details about the four cases of engine shutdowns.

Alaska Airlines said one occurred on a July 15 flight from Seattle to Austin, Texas, and the plane landed without incident. Alaska said six of its planes need inspections, which have already begun.

American, United and Southwest said none of their planes had valve-related engine shutdowns. American said four of its planes needed inspections, which were completed and found no issues. United said it is inspecting 28 planes. Southwest was determining how many planes it needs to check.

Delta Air Lines said it would inspect 20 planes but did not say whether any of its planes suffered engine shutdowns.

The emergency order applies to versions of the 737 called the NG and Classic, the latter of which are no longer in production but remain in some airline fleets. The directive does not apply to the newer Boeing 737 Max, which has been grounded worldwide since March 2019 after two crashes that killed 346 people.

Passenger jets have two or more engines, and multiple engine failures of the type that FAA warned about in its order are rare.

One example was the 2009 “Miracle on the Hudson,” in which US Airways pilots landed their plane on the Hudson River in New York after bird strikes knocked out both engines. All 155 people on board survived.