Fidel Agcaoili, chair of the National Democratic Front of the Philippines (NDFP) peace panel, died on Thursday night in Utrecht, The Netherlands. He was 75.

Quoting Agcaoili’s doctor, the NDFP said the death was “not COVID-19-related’’ but due to massive internal bleeding due to a pulmonary arterial rupture

The NDFP, political arm of the Communist Party of the Philippines (CPP), has been representing insurgents in the on-and-off talks with the government since the end of the Marcos regime.

Agcaoili, said to be the political prisoner who served the longest time in detention during the dictatorship, led the NDFP panel when discussions with current government representatives began in 2016, shortly after President Duterte assumed office. 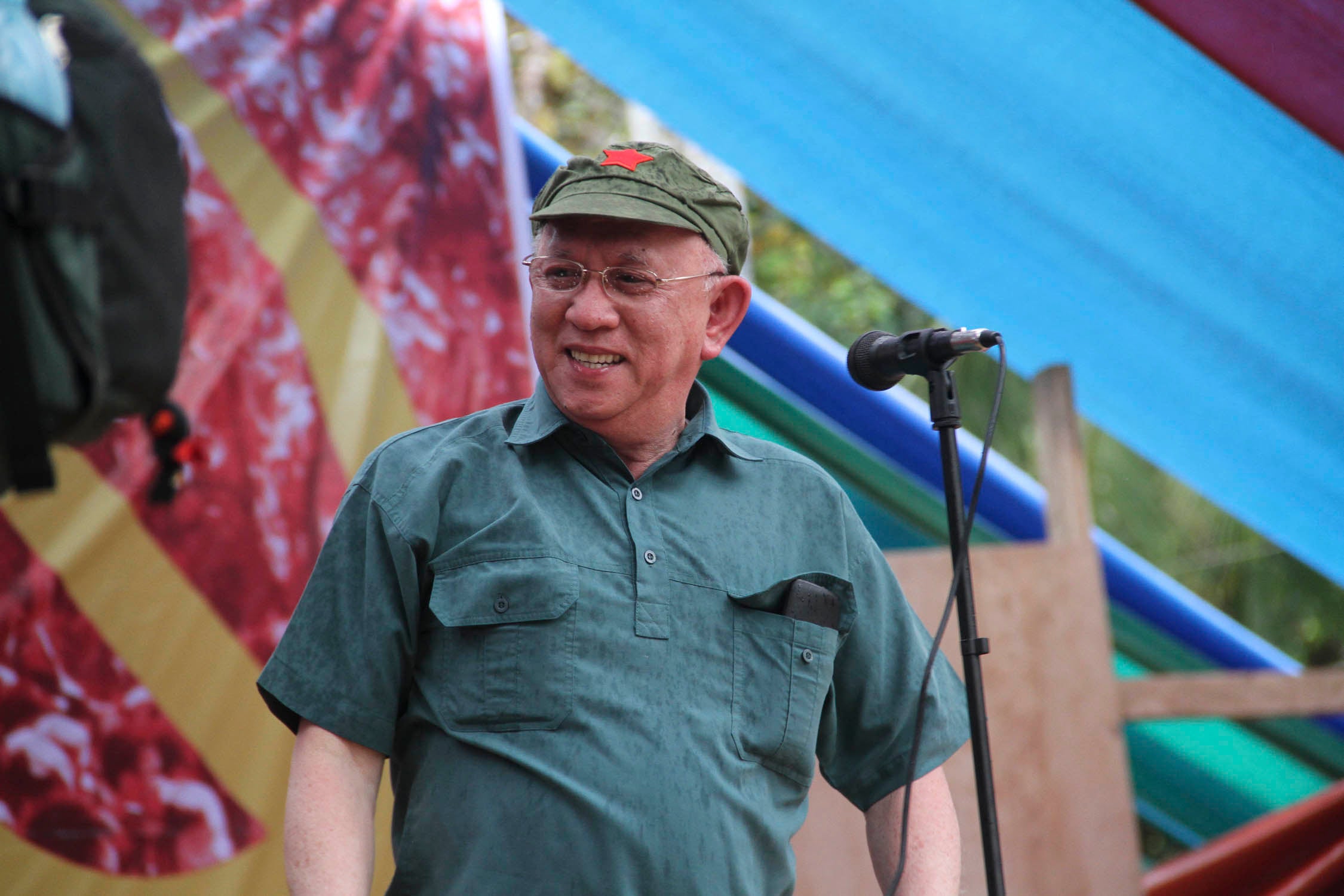 Talks hit a snag when the President signed Proclamation No. 360 in November 2017 formally terminating the negotiations.

“Ka Fidel easily endeared himself to comrades and allies because he was really modest and had a good sense of humor even if at certain times he looked stern,” Sison, CPP founder, said in a statement sent from his base in Utrecht early Friday.

Sison added that Agcaoili’s “amiable characteristics will be sorely missed by many comrades and friends who knew him at close quarters and loved him.”

Sison dismissed speculation that Agcaoili’s death and those of other so-called old vanguards of the rebel movement would weaken their cause.

“Revolutionaries never die, they continue to live through their revolutionary successors,” he said, adding Agcaoili has been his close comrade in the movement since the early 1960s.

He noted that Agcaoili came from an upper-class family and could have easily accepted a series of high positions in the government. Instead, he said, “Ka Fidel” became a revolutionary who was unapologetic for his decision to join the Left.

Sison said Agcaoili’s parents sent him to the United States for studies to keep him away from activist work in the University of the Philippines. But “he joined the mass protests in California and soon he was back in the Philippines in time for the preparations and establishment of the Kabataang Makabayan in 1964,” he recalled.

Even when Agcaoili held a high executive position in his family’s insurance company, Sison said Agcaoili insisted on tasks given by the movement and eventually became a member of the CPP Central Committee in 1970.

“We advanced together in our development ideologically, politically and organizationally in pursuit of the people’s democratic revolution,” the CPP founder said.

Sison remembered Agcaoili as a comrade who “firmly held on to revolutionary principles and explained complex issues patiently and persuasively to comrades and friends.”

“He welcomed objections, corrections and additions to his explanations. He never flaunted his high level of knowledge,” Sison said.

“He shared with his comrades all the discomfort and risks of traveling to and staying in rural huts and forest camps,” he added.

Agcaoili was eventually forced to go underground. He was arrested in 1974 along with his wife, and subjected to severe physical and mental torture by their military captors.

“He was the longest held political prisoner during the Marcos fascist regime. He over-served the penalty for the political offense of rebellion,” Sison noted.

Agcaoili later helped establish and became chair of Samahan ng Ex-Detainees Laban sa Detensyon at Aresto (Selda) in the final years of the Marcos regime. He worked hard for the release of all political prisoners.

After the Marcos’ downfall, Sison said Agcaoili also played a key role in the peace negotiations between the government and the NDFP, which was then headed by Luis Jalandoni. Those discussions resulted in the signing of major agreements, particularly the Comprehensive Agreement on Respect for Human Rights and International Humanitarian Law.

Jalandoni, in an online interview also from Utrecht, The Netherlands, early on Friday, described Agcaoili as someone “tireless in seeking ways to keep on trying to push the peace talks forward.”

He said rebel negotiators “engaged in acts of violence and hostilities,” adding that “their members have failed to show their sincerity and commitment in pursuing genuine and meaningful peaceful negotiations.”

In November 2018, Agcaoili was supposed to fly to Manila with other NDFP members for a possible resumption of the talks. But he dropped the plan, citing security concerns.