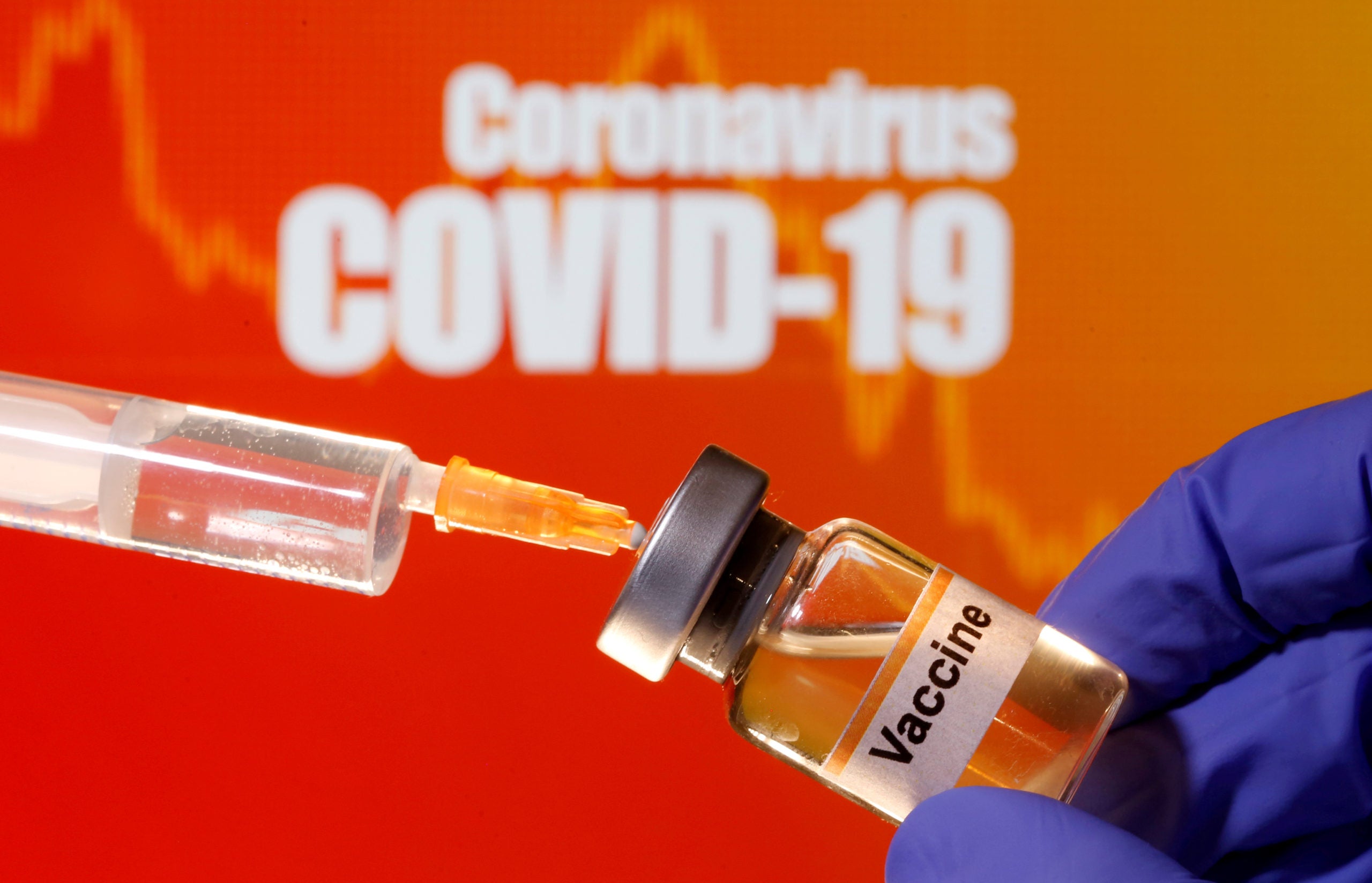 FILE PHOTO: A small bottle labeled with a “Vaccine” sticker is held near a medical syringe in front of displayed “Coronavirus COVID-19” words in this illustration taken April 10, 2020. REUTERS/Dado Ruvic

BRUSSELS—The European Union is not interested in buying potential COVID-19 vaccines through an initiative co-led by the World Health Organization as it deems it slow and high-cost, two EU sources told Reuters, noting the bloc was in talks with drugmakers for shots cheaper than $40.

The position shows the EU has only partly embraced a global approach in the race for COVID-19 vaccines as, while it is a top supporter of initiatives for worldwide equitable access, it prefers prioritizing supplies for the EU population.

It could also deal a blow to the WHO-led COVAX initiative to secure vaccines for all.

“Using COVAX would lead to higher prices and later supplies,” one of the two officials said.

The WHO and GAVI, a public-private partnership that co-leads the COVAX initiative, had no immediate comment.

A COVAX mechanism meant to buy vaccines in advance is targeting a $40 price for shots in wealthy countries, the official said, adding the EU could buy at cheaper prices with its own scheme for upfront purchases.

The bloc is currently in talks with several drugmakers to secure in advance their potential vaccines against the coronavirus, officials told Reuters last week.

These possible deals would be financed with about 2 billion euros ($2.3 billion) from an EU rainy-day fund known as Emergency Support Instrument (ESI), officials said.

The EU also wants to secure vaccines by the end of the year, should they be available. This timetable “is not feasible” for COVAX, one official said.

The European Commission, which is the bloc’s executive arm and which leads EU talks with drugmakers, has advised EU states to join COVAX if they wish, but not for buying vaccines, the official said.

An official said joining the two initiatives may not be legally feasible, as EU states have accepted an exclusivity clause when they backed the EU advance purchase scheme.

Some EU states have expressed interest in joining COVAX but have not yet signed up.

The EU has been a keen supporter of global initiatives to secure vaccines for all. It has promoted two global fund-raising campaigns that have so far raised nearly $19 billion, of which three quarters came from EU states and institutions, to help develop COVID-19 vaccines and ensure equitable access.

However, taken aback by U.S. moves to secure potential vaccines and drugs, the EU has recently taken a more assertive role in the global race.

If vaccines are ever successful they are unlikely to be available in large amounts for a while. Purchasing them for the EU population could thus temporarily deprive poorer countries of doses.

The official said however that the two tracks to buy vaccines remained complementary, but added, “budgets are limited.”