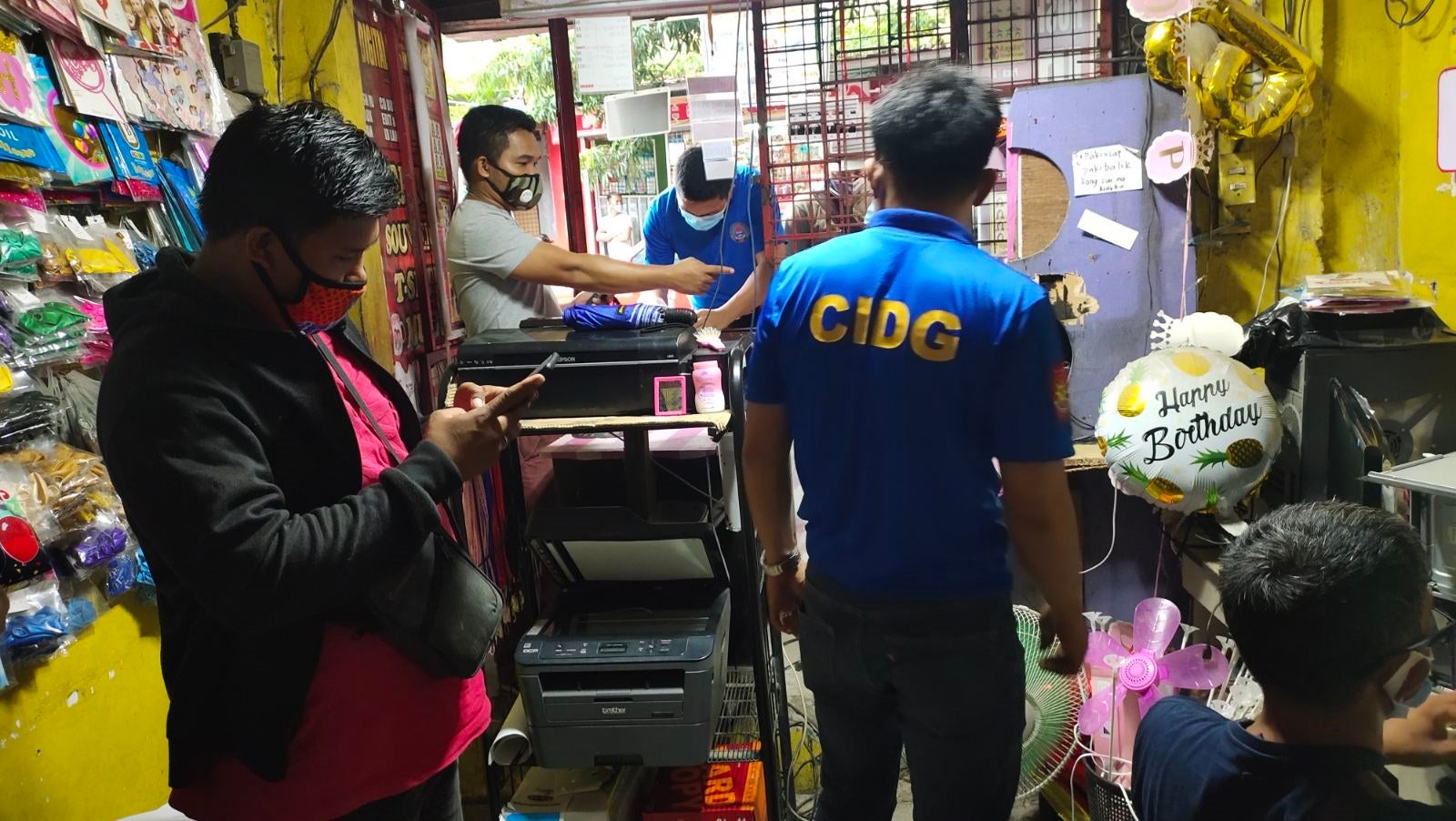 Police raided a computer shop in Caloocan after complaints that the employees of the shop were falsifying documents for COVID-19 test results. /CIDG

The arrest came after CIDG, Northern Police District and Caloocan City police operatives conducted an entrapment operation at a computer shop along Boungavilla Street in Barangay 177 at around 5 p.m. after they received a report from social media that the employees of the shop were fabricating swab test results.

The medical document was being scanned and edited to change the swab test result to negative, according to the complaint.

Suspects are under custody of CIDG Quezon City where they will face complaints for falsification of documents and violation of Republic Act 11332 or Mandatory Reporting of Notifiable Diseases and Health Events of Public Health Concern Act.

In a press briefing at Quezon City on Friday, Metro Manila police chief Major Debold Sinas hoped that this incident is an isolated case, saying it may pose risk for the credibility of test results.

(We are highlighting this because it would be dangerous if you have a test result that is fake just to receive clearance.)