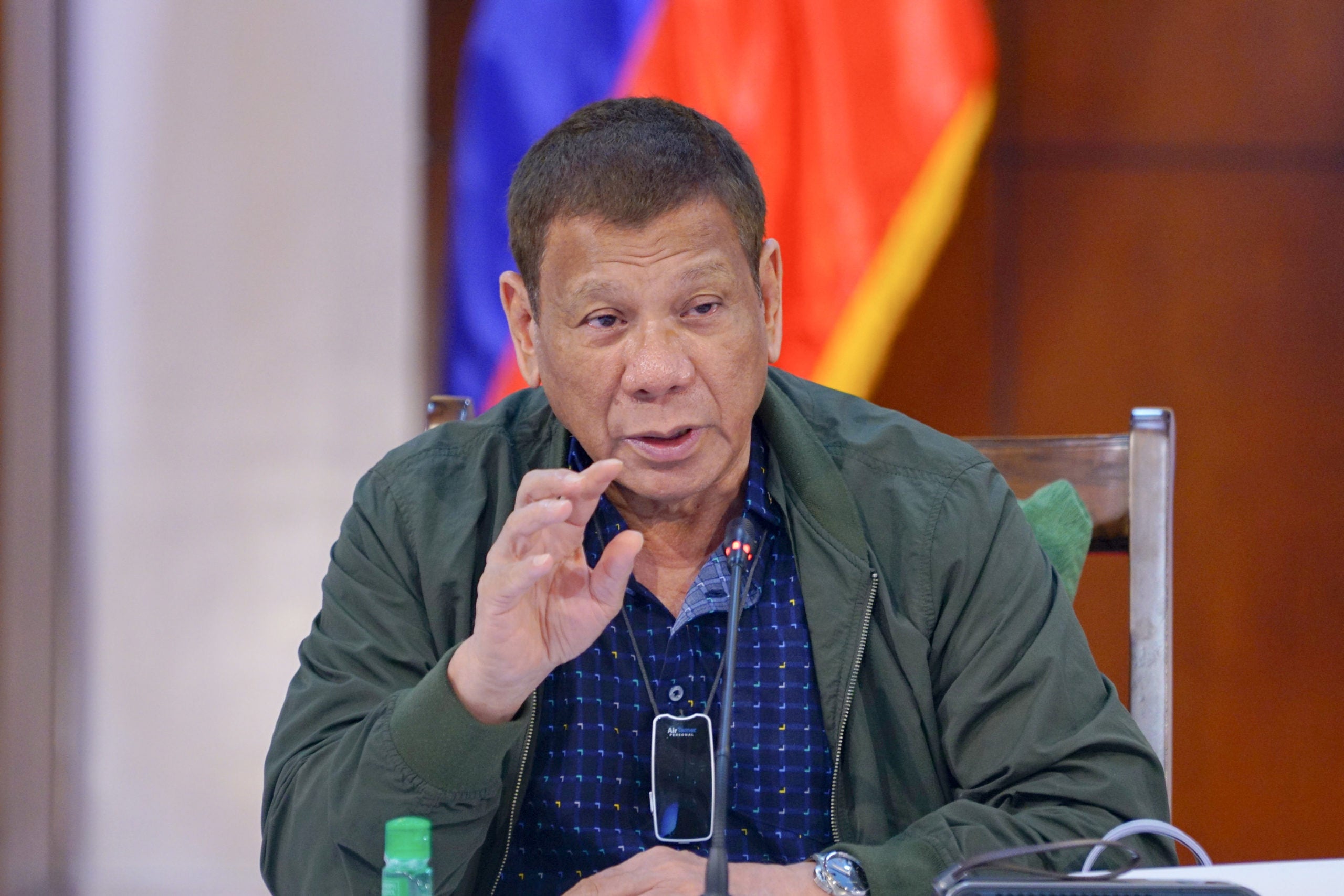 MANILA, Philippines– President Rodrigo Duterte has ordered an investigation into alleged irregularities in the Philippine Health Insurance Corp.’s procurement of an information technology system that reportedly caused a rift between some of the state insurance firm’s officials and its president and chief executive officer Ricardo Morales.

A meeting last Wednesday between Morales and his officials as well as some Cabinet secretaries saw some heated exchanges over the IT system and led to at least one PhilHealth official turning in his resignation letter on Thursday.

Roque said he only saw so far the resignation letter of Keith following reports that two others have resigned.

“We enjoined all parties, including Keith, to fully cooperate with Undersecretary Quitain so we can get to the truth,” Roque said.

“In this time of the (Covid-19) pandemic, the President will not tolerate corruption in an agency trusted by all to provide medical assistance to Filipinos,” Roque also said.

In his July 23 letter to Morales, which was provided by an Inquirer source and which Roque confirmed to have seen as well, Keith said his resignation takes effect on Aug.31. Among the reasons he cited were his belief of “widespread corruption in PhilHealth” and his opposition to the mandatory payment of PhilHealth contribution by overseas Filipino workers that he said was “unconstitutional” and against the Universal Health Law.

“It is against my personal values to let the OFWs pay for the spillages of Philhealth,” Keith said.

He also said there was a need for an independent agency to look into “the rampant and patent unfairness” in the agency’s promotion process. 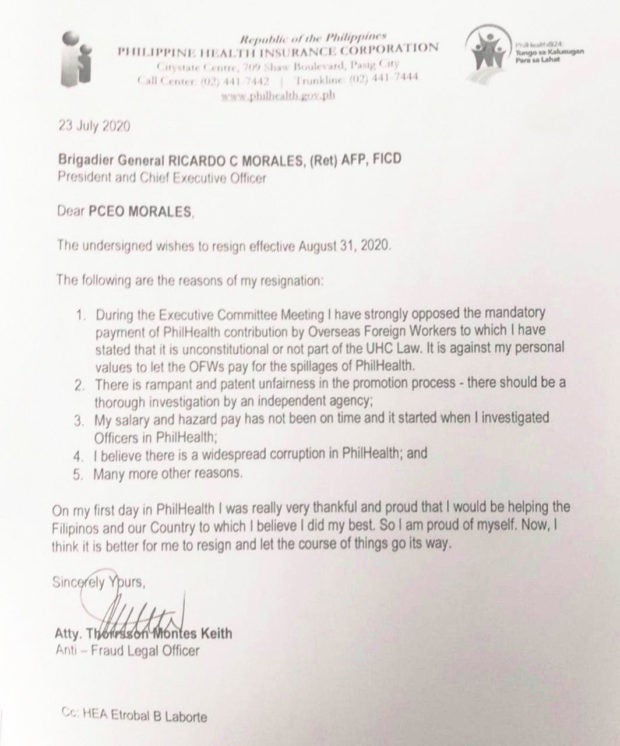