Detained activist ordered to give up weeks-old baby 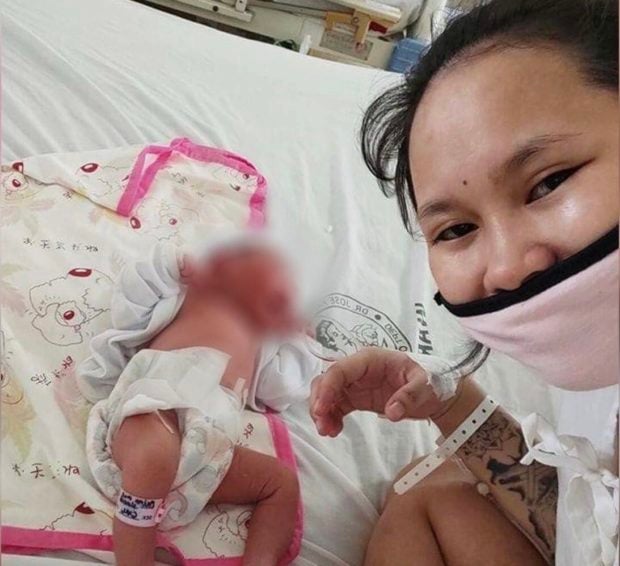 SEPARATED TOO SOON Reina Nasino faces the prospect of giving up her baby after a judge denied her plea to let them stay in a hospital or in a nursery to be set up in jail. —PHOTO COURTESY OF KAPATID’S FACEBOOK PAGE

MANILA, Philippines — A Manila court has ordered an activist detained at the Manila City Jail (MCJ) to turn over her weeks-old baby to the father or a relative.

In an order signed on July 20 but released on Wednesday, Judge Marivic Balisi-Umali of the Manila Regional Trial Court Branch 20 denied the instant motion filed by Reina Nasino, citing the “very limited resources” at the city jail’s female dormitory.

The 23-year-old Nasino and her baby were discharged from Fabella Hospital in Manila 48 hours after she gave birth on July 1. The National Union of Peoples’ Lawyers (NUPL) had asked the court to let her breastfeed her baby and allow her to either stay at the hospital or in a child care facility to be set up inside the prison until her child turns a year old.

In a statement, NUPL president Edre Olalia said the ruling was “outrageous and atrocious,” adding, “We have lost our sense of humanity. Even newborn animals are not separated from their mothers.”

Nasino, in a recorded message released by her lawyer Maria Sol Taule, said that she and her baby “do not deserve” to be separated very soon.

In her two-page order, Umali cited the letter from the officer in charge of the MCJ female dormitory that of its 64 personnel, 30 percent were on home quarantine while 41 percent were on active duty. The remaining 29 percent were designated as outside forces.

“We cannot compromise the security and safety of 817 PDLs [person deprived of liberty] for one PDL who is nursing … The jail facility has a depleted number of personnel, thus, we cannot provide personnel to be utilized to escort PDL Nasino in the hospital for 12 months,” the jail officer said.

The judge referred Nasino’s prayer for the installation at the MCJ of a lavatory for hand washing, a refrigerator for breast milk and electrical outlets for breast pumps to the local government unit or the appropriate agency.

In November, policemen arrested Nasino, who is with urban poor group Kadamay, with two others in Tondo, Manila, during a crackdown on activists. Authorities said they seized two hand grenades, a Bushmaster 5.56-caliber rifle, two .45-caliber pistols, magazines and bullets, 11 cell phones, laptops and identification cards from the three.