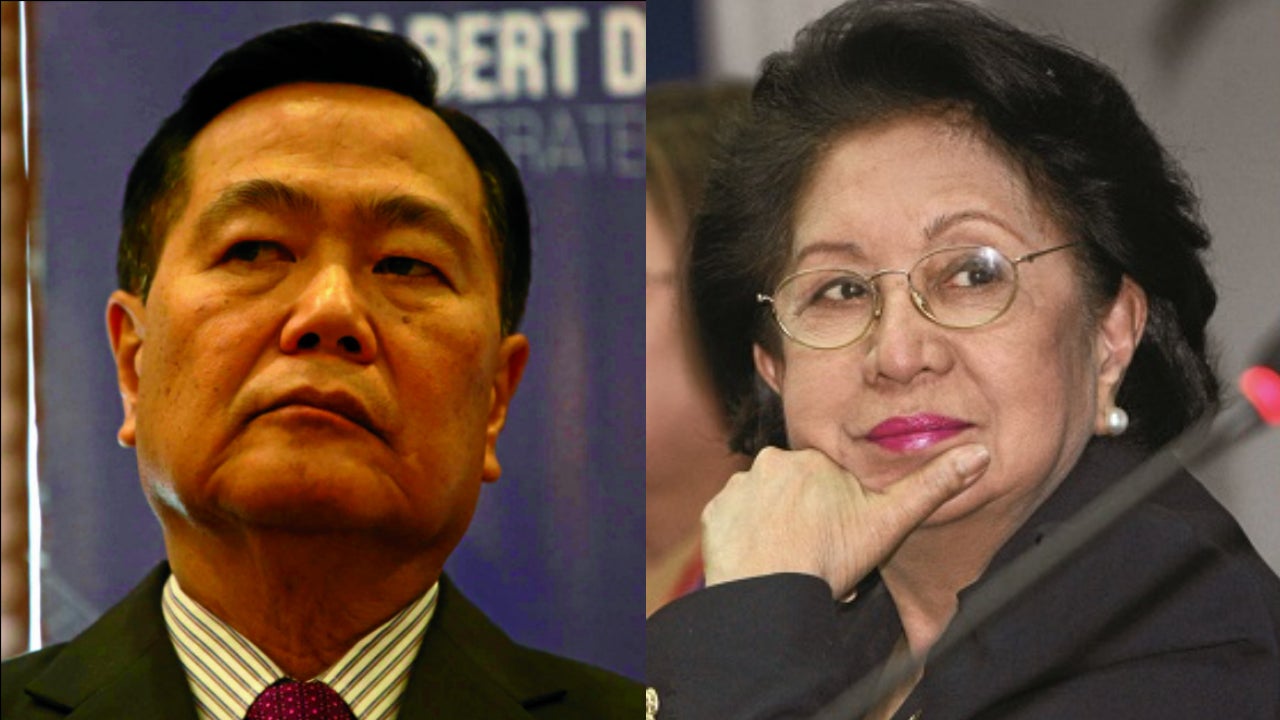 The two legal luminaries also asked for a special raffle of the petition, a restraining order to stop the law’s implementation pending the ruling of the Supreme Court, and an oral argument.

They were joined in by  Constitutional Law professors from the University of the Philippines, College of Law: Associate Dean and Institute for Maritime Affairs and Law of the Sea Director Jay L. Batongbacal, Institute for the Administration of Justice Director Dante B. Gatmaytan, former Supreme Court Public Information Office chief Theodore Te, and Senior Professorial Lecturers Victoria V. Loanzon and Anthony Charlemagne C. Yu.

The case, which was filed online, is the 11th petition against the controversial law that was signed by President Rodrigo Duterte on July 3, 2020, despite broad opposition. The Anti-Terrorism Act of 2020 (ATA) effect on July 18.

The petitioners said that while they support the government’s goal of stamping out and preventing terrorism, such a legitimate interest should not be achieved using “unconstitutional means.”

The petition also questions the new anti-terror law for its vague and overbroad definition of “terrorism,” which may result in the erratic and arbitrary application by law enforcers and may chill the people into silence.

Although Section 4 provides that terrorism “shall not include advocacy, protest, dissent, stoppage of work, industrial or mass action and other similar exercises of civil and political rights,” the petitioners said this qualifier is rendered pointless by the succeeding phrase “which are not intended to cause death or serious physical harm to a person, to endanger a person’s life or to create a serious risk to public safety.”

“Unsuspecting citizens would second-guess whether their actions would result in ‘extensive interference’ or ‘endanger’ the life of another in some shape or form,” the petitioners pointed out.

Taken as an example is Carpio, who advocates advancing the country’s claims in the West Philippine Sea, which, following the definition of “terrorism” under the law, may be construed as meant to “provoke the government into changing its foreign policy and endanger lives by escalating tensions with the Chinese,” the petitioners said.

“The vagueness of the statute allows law enforcement officials to make the law as they enforce it, and the lack of parameters makes the ATA a loose cannon that threatens a wide spectrum of protected liberties.  This early, the ATA’s principal author, Senator Lacson, is already contesting the President’s interpretation of regarding the designation of terrorist organizations, while other top officials have issued statements considering the critics of the law to be “supporters” of terrorists,” the petitioners added.

Similar to other previously filed petitions before the high court, Carpio et al. also assailed the creation of the Anti-Terrorism Council (ATC) with its integral power to order the warrantless arrest of persons merely “suspected” of committing terrorist acts.

“This allows an executive body to encroach on a judge’s exclusive prerogative to issue arrest warrants, substitute its ‘suspicion’ in place of the constitutional requirement of probable cause, and usurp the Supreme Court’s rule-making power by illegitimately carving out an additional exception to justify warrantless arrests,” the petition stressed.

The petitioners added that the authority given to the ATC to designate which group or individuals are terrorists meant that it is not required to conduct a hearing before making a decision.

It “unduly infringes upon the constitutional rights to criminal due process, bail, and presumption of innocence, as well as the prohibitions against bill of attainder and ex post facto laws and against incommunicado detention,” they said.

The petitioners added that individuals or members of designated organizations may be stripped of access to their bank accounts by the Anti-Money Laundering Council even without a court order. The ATA also makes individuals terrorists by mere association, even as they are left guessing at the proper procedure and quantum of proof required in the proceedings.

“This easily turns the ATA into a vehicle for vindictiveness and selective retribution.”

It added that the new law also allowed wiretapping private communication by mere suspicion which is “in violation of the right against unreasonable searches and seizures, as well as the grant of unbridled discretion to the ATC to impose security classifications on all its records.”

Meanwhile, Carpio-Morales, who is also a former Supreme Court Associate Justice, said “in its fight against terrorism, the government must not be the source of terror and impunity itself. We must never let reason continue to escape us.”

The physical filing of the petition will be on Thursday.