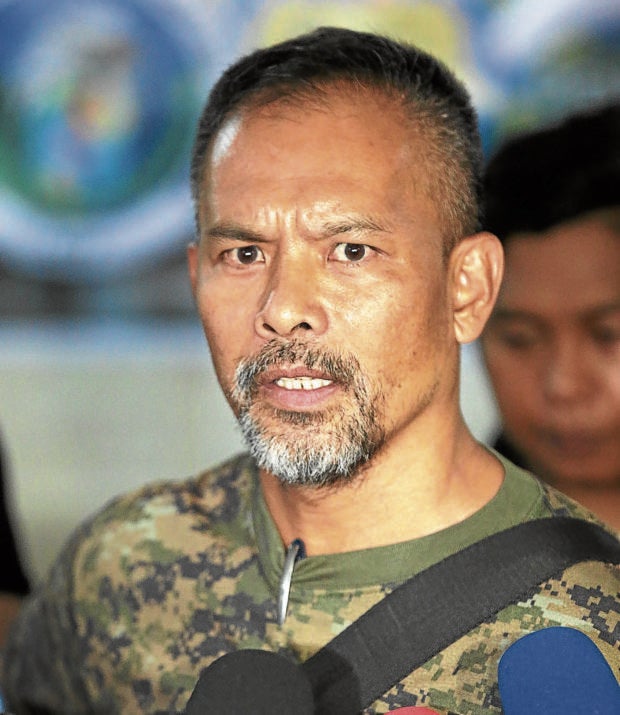 Photos and videos of the bodies of high-profile inmates who died of COVID-19 at New Bilibid Prison (NBP) and were cremated would dispel all conspiracy theories about their deaths, according to Senate President Pro Tempore Ralph Recto.

Questions have been raised about the identities of the cremated bodies after Director General Gerald Bantag of the Bureau of Corrections (BuCor) declined to disclose the names of the inmates who died of the disease caused by the new coronavirus. No autopsies were conducted.

Two lawmakers are wondering whether the deaths could have been faked or the bodies switched.

“The proof of death is a photo of the body. If there is, then doubts will be laid to rest,” Recto said on Tuesday.

It would also help if there are closed-circuit television (CCTV) footage of the bodies being brought out, he said. “And why should there be none? A prison without surveillance cameras is like one without locks.”

One of the convicts who died was Jaybee Sebastian, who had linked Sen. Leila de Lima to the illegal drug trade at the national penitentiary in Muntinlupa when she headed the Department of Justice (DOJ). The others included convicted drug lords.

At his meeting with Justice Secretary Menardo Guevarra on Monday, Bantag said Sebastian and eight other inmates convicted of drug offenses were among the 21 prisoners, including 15 at NBP, who had died of the new coronavirus since March.

DOJ mum on other inmates

Guevarra on Tuesday agreed that the BuCor should not withhold details of Sebastian’s death since he was supposed to be one of the state witnesses against De Lima, a critic of President Duterte detained for three years now.

Like the BuCor chief, however, Guevarra would not confirm the identities of the eight other convicted drug lords, saying he wants the National Bureau of Investigation to confirm their deaths first.

Bantag insisted on not revealing the identities of the dead inmates despite the comment of the National Privacy Commission that the Data Privacy Act could not be used as a cloak for denying the public’s right to know.

The BuCor, however, would disclose the names should it be instructed by the Department of Health or the DOJ to do so, Bantag said on Tuesday.

Recto said the BuCor need not show the photos to the public, only to Guevarra, who had ordered an investigation of the NBP deaths.

“[I]f he says that he had seen it, and swears that it is true, then we’ll take his word for it,” the senator said.

Recto said it would be very unlikely that there would be no photo of the inmates’ bodies, given the ubiquity of cell phones.

If an inmate’s picture is taken upon entry into the national penitentiary, his final exit should also have a photograph, he further said.

Noting too many unanswered questions, Senate President Vicente Sotto III has filed a resolution calling for an inquiry into the death of the high-profile inmates.

Minority Leader Franklin Drilon is worried about the latest development in the BuCor given controversies involving NBP, which the Senate investigated.

“Given the history of the BuCor, this is really something scary. How would we know it was really Sebastian? He might be outside strolling in front of GMA,” Drilon said on Tuesday in an interview over dzBB. He was referring to the GMA 7 headquarters on Edsa in Quezon City.

The BuCor, he said, has the burden of presenting proof of regularity in the performance of its functions.

The Integrated Bar of the Philippines also supported the investigation of the deaths of high-profile inmates among the other reported anomalies in prisons. It also called for holding corrupt prison officials accountable.

‘No truth to allegations’

Bantag lashed out at critics insinuating that there was foul play and corruption involved in the deaths of high-profile inmates.

“There’s no truth to those allegations. We are open, we welcome any investigation,” he said in a TV interview.

The BuCor chief challenged those who were claiming that the inmates’ deaths were a way to conceal their release.

Asked for comment, BuCor spokesperson Gabriel Chaclag said the bureau was doing Recto’s suggestion. “All documents including photos will be sent to the office of the SOJ (secretary of justice).”

However, Chaclag did not answer when asked if the documents were seen by relatives of the dead inmates. —With a report from Julie M. Aurelio INQ