Boy given estrogen in ‘experimental’ treatment under juvenile detention 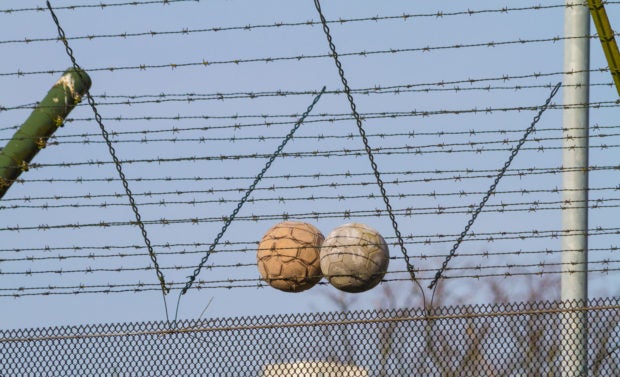 A lawsuit has alleged that a 16-year-old boy started to grow breasts after being wrongfully prescribed to take estrogen during his stay inside a Los Angeles juvenile detention center in the United States.

The teenager, whose name was withheld due to his age, was said to have been “medically treated by doctors without obtaining voluntary and informed consent” in June 2019, the lawsuit filed against Los Angeles County read.

The lawsuit, which was filed only last month, states that the parents of the minor were also not informed by the medical professionals of Eastlake Juvenile Hall, taking away their chance to deny or give permission.

The teen was diagnosed with oppositional defiant disorder (ODD), which is correlated with elevated levels of testosterone and delinquency in youths, as per the lawsuit.

Health professionals of the said institution were also said to have “invasively” drawn blood and urine samples from the minor, also without his and his parents’ consent. The teen was then prescribed to take 30 doses of Estradiol, otherwise known as the female hormone estrogen, by one Dr. Danny Wang and the medical staff of the detention center.

ODD, however, is normally treated through therapy and never by estrogen, the Los Angeles Times was told by James McGough, a clinical psychiatry professor at the University of California, Los Angeles.

“Estrogen is not a treatment for ODD. I can’t be more emphatic about that,” McGough was quoted as saying in a July 15 report. “You won’t find a reference anywhere that supports the use of estrogen for ODD.”

After receiving the 13th dose of estrogen, the minor developed gynecomastia, which is the enlarging of breast tissue that the boy did not have prior to taking the female hormone.

“The Minor developed soreness, pain and discomfort around the gynecomastia and began growing hairs around the areole, while further developing acne and pimples to his face, head and body,” the lawsuit read.

He also started suffering from psychological, emotional and cognitive symptoms of depression, anxiety, worrying, insomnia, inability to concentrate, attention problems and headaches, among others.

This “experimental” treatment, as described by the lawsuit, was done not only without the plaintiff’s consent, but while the staff was also misleading him, according to the lawsuit.

The medical staff also reportedly told the minor that he is not allowed to reject the medication. The lawsuit alleges that because of this, the minor felt coerced and threatened to take the estrogen because he did not want to receive negative case notes, which will affect his pending delinquency case.

The lawsuit names L.A. County, Wang and David, the medical director of Juvenile Court Health Services, as defendants of the medical battery and negligence suit.

The teenager, now 17-year-old, is set to undergo surgery to treat the affected tissues due to the estrogen “treatment,” according to the minor’s attorney and probation officers, the report said. He was released last April. Ian Biong/JB

Read Next
EU agrees on $2.1 trillion deal after marathon summit
EDITORS' PICK
Café-quality coffee at home with NESCAFÉ GOLD
Drug rings ‘toyed’ with PNP, PDEA? Too early to say but possible, says Villanueva
Bello denies nurses-for-vaccine offer to UK, Germany
On 35th Edsa anniversary, Duterte tells Filipinos to protect rights, democratic institutions
JC Cares Foundation extends support to bloodletting program
3 things you need to know about your laundry detergent
MOST READ
Algieri warns Garcia: If Pacquiao puts you down, you’re not getting up
EXPLAINER: Legitimate children can use their mom’s surname — SC
Negros group goes ahead with bid to push Robredo into 2022 presidential race
Biden revokes Trump ban on many green card applicants
Don't miss out on the latest news and information.