Cayetano: No doubt Cha-cha is needed, but question is its timing | Inquirer News

Cayetano: No doubt Cha-cha is needed, but question is its timing 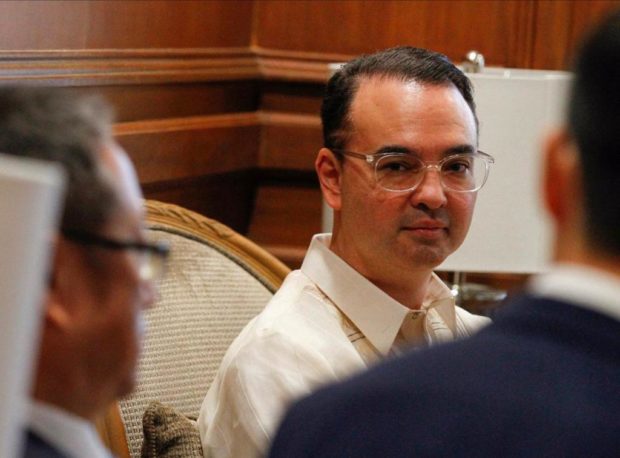 MANILA, Philippines — For House Speaker Alan Peter Cayetano, there is “no doubt” that amending the Constitution is needed, but the question is about the timing.

Cayetano made the remark Monday after Cagayan de Oro City 2nd District Rep. Rufus Rodriguez, who chairs the House committee on constitutional amendments,  announced that his panel will convene after President Rodrigo Duterte’s State of the Nation Address (Sona) to tackle the proposed changes in the Constitution of over 1,400 mayors in the country.

(Let me first state that it is the job of Chairperson Rufus as the head of the committee and we can expect him to push for it. Having said that, we are multi-tasking. There is no doubt that Charter change is needed, but the question is the timing.)

Cayetano said he does not see the possibility of holding a plebiscite especially as the country continues to grapple with the coronavirus pandemic and health protocols are being implemented such as social distancing.

For now, Cayetano assured that “we only want Constitutional change if the people want it and want it very badly.”

“So very interested pa rin ang Kongreso diyan but we’re also practical so I think people should discuss it na they should not worry that it will be rammed down their throats,” Cayetano said.

(Congress is still very interested in it but we’re also practical so I think people should discuss it that they should not worry that it will be rammed down their throats.)

(The problem with the statements of Vice President Leni and the others is that on one hand, they are blaming Congress but if the solution is Charter change, they do not want it.)

(Those who are criticizing the effects of the Constitution are also the ones against amending it.)

As an example, Cayetano once again pointed out the House committee on legislative franchises’ denial of ABS-CBN’s bid for a 25-year franchise, with critics saying that the decision is an attack to press freedom.

However, Cayetano said that it is the Constitution itself that grants Congress the power to approve or deny franchises.

(Those who are saying that the ABS-CBN franchise is an issue of press freedom, I’m sure you want to remove from Congress the power to grant franchise but that cannot be done without constitutional change.)

(On one hand, you are saying it’s press freedom. If that’s an issue of press freedom, why is the power to grant franchise given to Congress? Why are franchises not obligatory, it’s not a right? If you want to change that, that cannot be done through just legislation. A constitutional change may be done.)

The Department of the Interior and Local Government (DILG) earlier said that members of the League of Municipalities of the Philippines (LMP) had passed a resolution seeking amendments to the Constitution.

The resolution contains the mayors’ proposed amendments, which includes the institutionalization of the Mandanas ruling of the Supreme Court in the Constitution and the lifting of restrictions on foreign investment in industries currently limited to Filipinos.

On Monday morning, Rodriguez said that the meeting on the mayors’ proposal could happen within the first two weeks of Congress’ second regular session.

The second regular session will begin in the morning of July 27, with the afternoon dedicated for Duterte’s Sona.