The Philippine Coast Guard (PCG) said that at 4:53 a.m., its command center received a distress call relayed by BRP Tubbataha (MRRV 4001) about the fire incident on M/V Moreta Venture. 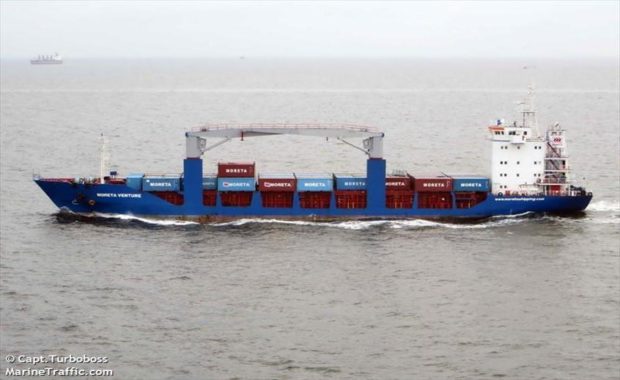 “All officers and crew onboard are safe and accounted for,” PCG spokesman Commodore Armand Balilo said in a Viber message to reporters.

He said that the responding PCG vessel, BRP Boracay (FPB – 2401), is now at the site to render assistance.

He added that a PCG helicopter was also dispatched to the area to extend assistance.

Commodore Leovigildo Panopio, commander of the PCG District – Southern Tagalog said fire out was declared at around 8 a.m.