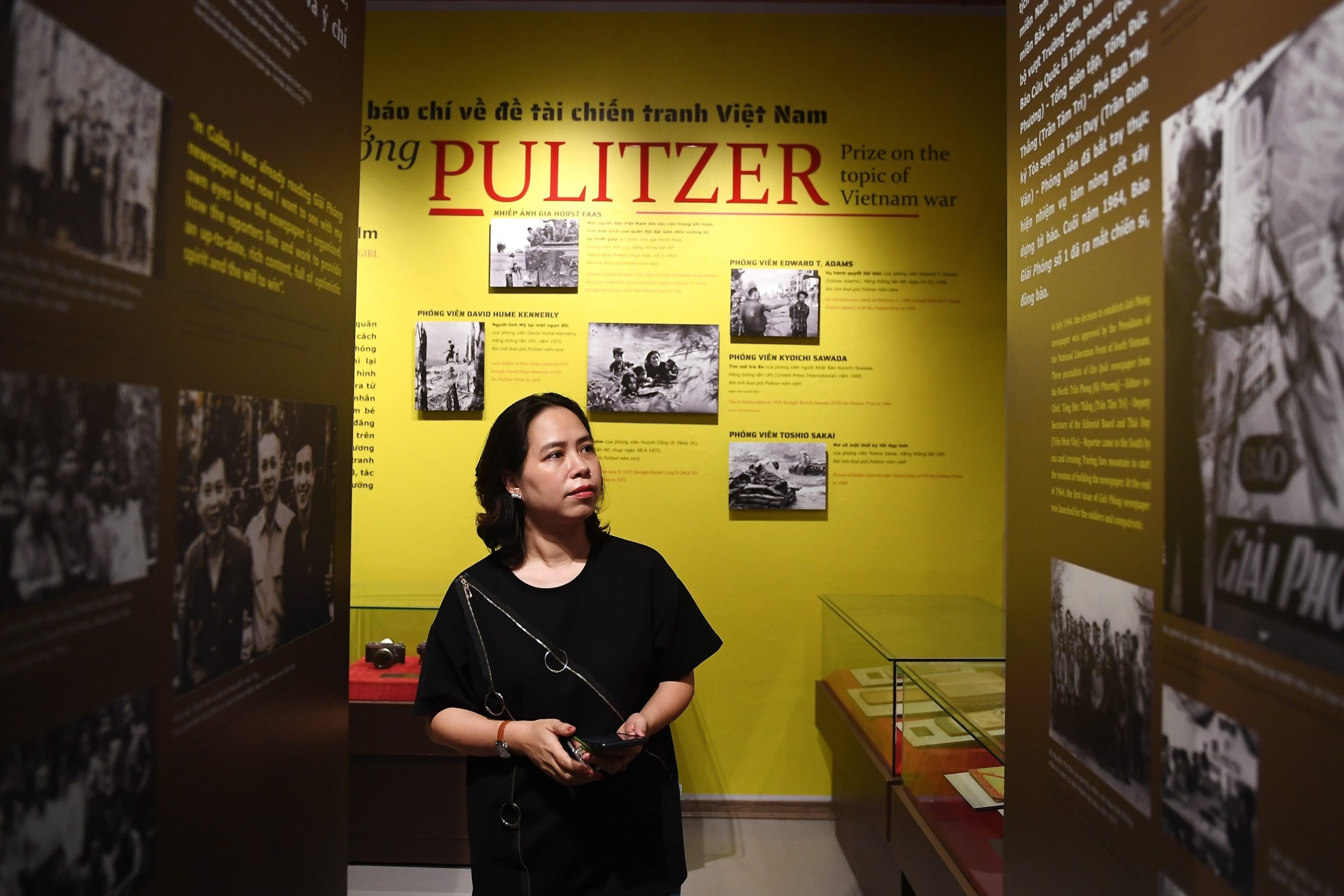 HANOI, Vietnam — Undeterred by its dismal ranking in media freedom and grim reputation for jailing reporters who stray from the government line, Vietnam has launched a museum dedicated to the open press.

From Pulitzer Prize-winning photos from the Vietnam War to the story of the struggle over press freedom during the French colonial era, the carefully curated exhibits offer a highly selective history of journalism in the communist nation.

Its opening last month in Hanoi came shortly after the arrests of two journalists critical of the government, both on anti-state charges which carry heavy jail terms.

All newspapers and television are state-controlled in Vietnam.

Reporters Without Borders — which ranks Vietnam 175th out of 180 countries for press freedom — said the reporters’ arrests sent a “chilling message” ahead of the Communist Party’s five-yearly congress in January.

However, for museum director Tran Thi Kim Hoa, the exhibition is a proud example of the apparent liberties enjoyed by the country’s press corps.

“With the press freedom law that the French brought to Vietnam, we have always been highly aware of what freedom of the press was,” she told AFP Thursday, referencing an 1881 law that applied to France and its colonial territory, but was patchily used in Vietnam.

“The fact we were able to build this museum shows that we have press freedom.”

Nowhere in the museum, which got official approval from the government, does it mention that Vietnam’s secretive regime bans all home-grown independent media outlets.

Daily news coverage, especially on social issues, is diverse — ranging from the minute-to-minute tracking of mercury leaks from factories to contamination in Hanoi’s tap water system.

But criticism of Vietnam’s top echelons of power is not tolerated.

The museum, which cost about $1 million to build, eschews exploring the careful dance reporters engage in when tackling the country’s issues.

Instead, it focuses on their tools and some select work — displaying old cameras, typewriters, reporters’ teapots and mugs and old articles.

A replica of a loudspeaker used for transmitting propaganda messages during the Vietnam War is also on display.

One visitor, Nguyen Thu Hang, a local radio and TV reporter, said she felt “very moved” by the exhibition, which captured “the spirit of journalists” in Vietnam.