BAGUIO CITY—Gongs rang out from the six provinces and two cities of the Cordillera Administrative Region (CAR) during the virtual celebration of its 33rd foundation day on Wednesday.

Heeding physical distancing regulations, a handful of line agency officials who wore face masks gathered for the ceremony at the University of the Philippines Baguio, where governors and lawmakers reiterated their support for a third attempt to create the Autonomous Region of the Cordillera.

House Bill No. 5867 is being supported by all Cordillera lawmakers and community leaders from the region’s provinces, towns and cities, said Agriculture Secretary William Dar, who spoke during the program. 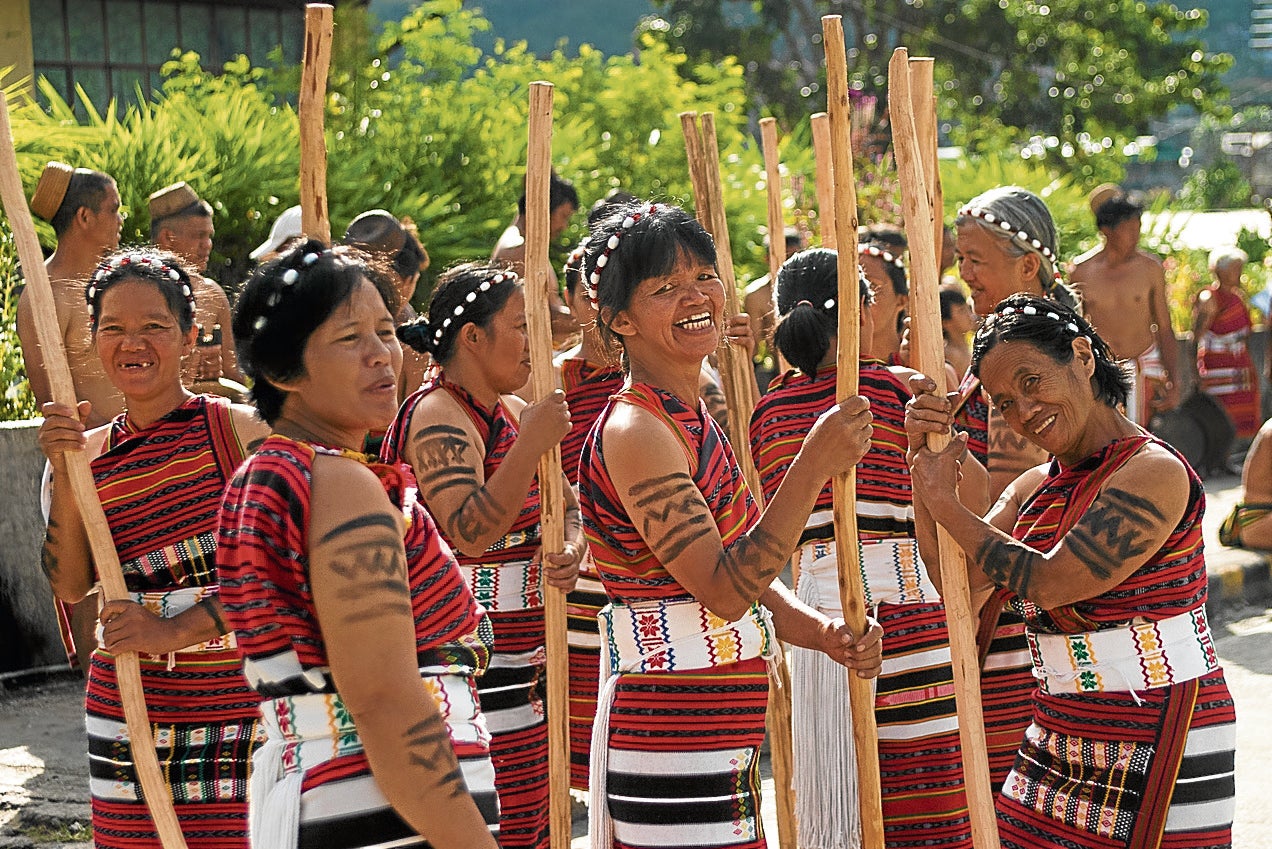 COMMUNITY BOND Cordillera festivals, like the 2012 celebration of Am-among in Bontoc, Mountain Province, stress the strong bond between clans and communities. Local leaders are hoping that the region’s indigenous groups will unite to support the latest bid to create an autonomous government for the Cordillera. —RICHARD BALONGLONG

Cordillera autonomy is mandated under the 1987 Constitution. It is an unfulfilled promise of the peace agreement between then President Corazon Aquino and rebel priest Conrado Balweg.

CAR was tasked with preparing these provinces for autonomy. Two laws creating the autonomous region, however, were rejected in two plebiscites in 1990 and 1998.

Dar said a “sincere expression of unity” would be necessary for the national government to back a proposed third organic law.

But the Cordillera’s effective response to the new coronavirus disease pandemic using community traditions already showed how communities can govern themselves under an autonomous region, Ifugao Gov. Jerry Dalipog said in a video message.

“We have become living proof [that we deserve] autonomy … We have become role models in this health crisis. We are [one of the] best performing regions nationwide [in handling] COVID-19,” he said.

“One of our remarkable deeds is our [version of the] ‘bayanihan’ culture regarding health, as we mutually help each other, and when we reach out beyond our borders by donating vegetables to the needy,” he added.

According to Dalipog, asserting Cordillera culture has become more prominent, now that the country embraces “a new era and a different world due to the pandemic [where] unity and resilience and independence are very much alive.”

“We are fighting for justice … for our identity and representation … the protection of our ancestral domain, and culture and practices,” said Kalinga Gov. Ferdinand Tubban.

He cited a recent survey showing increased awareness of autonomy among Cordillerans from 35 percent in 2008 to 60 percent in 2019. —VINCENT CABREZA

Read Next
Brazil nears 2 million coronavirus cases, with 75,000 dead
EDITORS' PICK
New Year, New Rediscoveries
Acer Philippines welcomes you to its first flagship store
WHO says fabric facemasks still work against virus variants
Is your company a growth champion? Stand up and be recognized!
UP president challenges AFP claim on Reds’ campus infiltration
Biden says Covid-19 expected to kill ‘well over 600,000’ in US
MOST READ
Ate Vi’s message to those against ABS-CBN’s franchise renewal
OVP spokesman tells Mocha Uson: Don’t drag us into your nonsense
Cop, 12 others killed in Maguindanao shootout
UST students protest dismissal of Grade 12 student
Don't miss out on the latest news and information.

PH eases travel curbs for tourists from countries with variants

‘Too early to declare community transmission of Covid variant in PH’