MANILA, Philippines —  Kabataan Partylist Rep. Sarah Elago became the lone Filipino to receive the One Young World Politician of the Year Award for 2020 for “using their positions to create change for young people in their communities and countries,” an international youth group has announced.

In a tweet on Wednesday night, One Young World recognized Elago for being the youngest female legislator of the Philippine Congress when she was elected for her first term as representative of Kabataan Partylist in 2016.

Announcement: Meet the #OYW Politicians of the Year!

This award recognises five of the world's most impactful politicians using their positions to create change for young people in their communities and countries.

The group likewise noted that Elago is the principal author of the Comprehensive Free Public Higher Education Bill in 2017 which now benefits around 2 million college students each year.

Further, One Young World said that Elago is the youngest of the Board of Trustees of the Philippine Legislators’ Committee on Population and Development and that the lawmaker also serves as an ambassador for various non-profit organizations.

Elago said she is “humbled” by the recognition.

“This [Kabataan Partylist] youth representation is truly humbled to be recognized as [One Young World] Politician of the Year 2020! We are obliged to persevere in bringing in politics of hope, action, and change because our future is at stake,” Elago said in a Facebook post late Wednesday night. 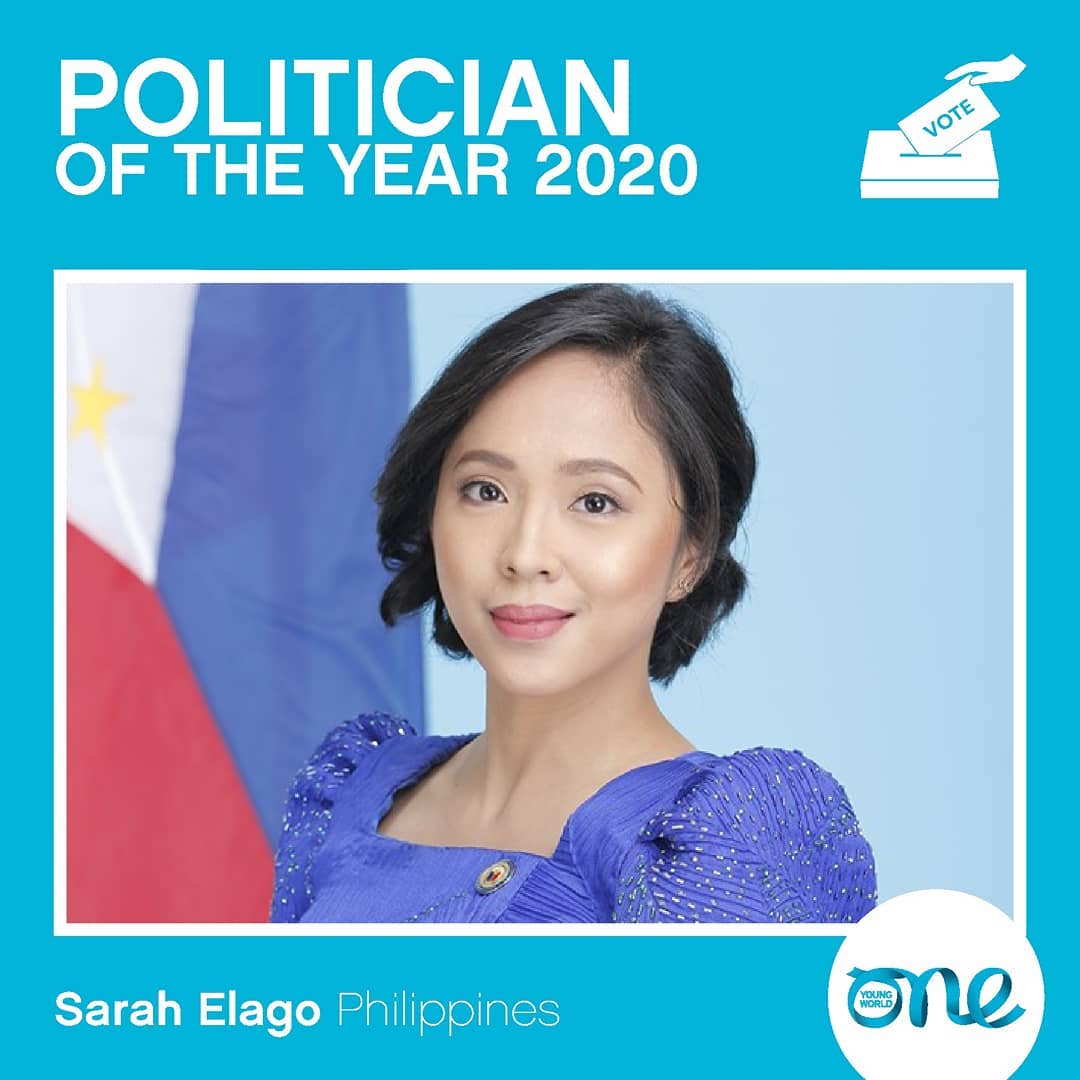 According to One Young World’s website, the award is given to five of the world’s most outstanding politicians between the ages of 18 and 35 “who are using their positions to have a positive impact on young people in their communities and countries.”

Aside from Elago, other awardees this year included Erik Marquardt from Germany, Joanah Mamombe from Zimbabwe, Michael Tubbs from the United States, and Zarifa Ghafari from Afghanistan.

The award will be presented at the One Young World 2021 Summit in Munich in Germany on April 23 to 26.